Where in health am I? : Home / Health Cloud / StaynHealthy / Vaccinations / Vaccines / Chickenpox Vaccine

What we call the wisdom that comes with age is usually simple caution - Jessica Zafra, Chicken Pox for the Soul 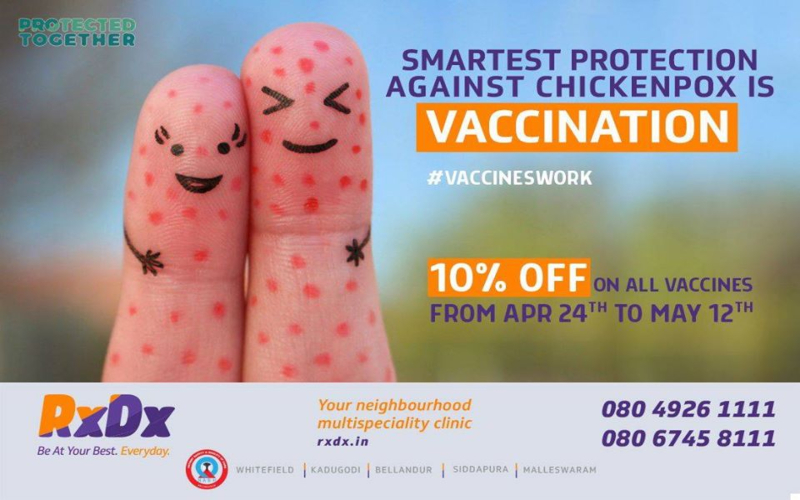 Have you ever been invited to a chicken pox party? If so, please turn down the invitation and get the vaccine instead.

The idea is not a new one: Get your child infected with the latest "childhood disease" going around, get it over with, and move on with your life. In the age before vaccines, despite the risks, it was one way for families to deal efficiently with infectious disease that wasn't a guaranteed death sentence. Having the whole family sick at once meant, theoretically, less lost productivy and wages and less school missed. But sometimes, it also meant death, as occurred with one mother in the early 1900s who lost all her children to measles after attempting the purposeful…

It is time to end chickenpox parties in the UK. That is the uncompromising view of a group of scientists who believe an immunisation programme should be launched to bring an end to social events where young children are deliberately cross-infected with the chickenpox virus.

Chickenpox used to be practically a childhood rite. You'd sleep on the couch, lie about not scratching your spots, get an oatmeal bath—it was a whole thing. But since the late '90s, it's been an experience that fewer and fewer American children go through. The invention of the chickenpox vaccine in the 1970s and its introduction as a routine immunization in 1995 has pushed cases down by more than 80 percent. And now, research suggests it's having a second beneficial effect: Fewer people are getting shingles.

Why Do We Need Separate Chicken-Pox and Shingles Vaccines?

The two diseases are caused by the same virus but strike different groups of people.

Routine vaccinations against the chicken pox have reduced the incidence of the itchy potentially serious virus by as much as 90 percent in the U.S. But the original one-shot protocol may not be as effective as the newer, two-dose regimen, new research suggests.

So why doesn’t the UK use the chickenpox vaccine for children if it is safe and effective at preventing severe disease? All vaccines in the UK are assessed for their cost-effectiveness to ensure that the health budget spent on services which provide the greatest health benefit for the population as a whole. In the last review of the chickenpox vaccine by the committee which advises the government on vaccines (the Joint Committee on Vaccination and Immunisation, JCVI), the future modelling of the impact of vaccination indicated that there could be an increase in the rate of shingles in adults over time, which would make the vaccine programme not cost-effective.

Putting an End to Chickenpox

A safe, effective prevention for this nasty virus is withheld for surprising reasons.

Why DON'T more children get the chickenpox vaccine? Expert reveals what every parent needs to know about the virus

This is because, if chickenpox in children disappears as a result of a vaccine programme, adults would no longer have their immunity. Put simply, the conclusion of the previous review was it would not be cost-effective for the NHS to immunise children against chickenpox.

Children vaccinated against chickenpox had a 78 percent lower rate of shingles than their unvaccinated peers.

Have you ever been invited to a chicken pox party? If so, please turn down the invitation and get the vaccine instead.

Two doses of the vaccine are about 90% effective at preventing chickenpox. When you get vaccinated, you protect yourself and others in your community. This is especially important for people who cannot get vaccinated, such as those with weakened immune systems or pregnant women.