Where in health am I? : Home / Health Cloud / StaynHealthy / Vaccinations / Vaccines / DTaP

Vaccines have dramatically curtailed rates of pertussis, and nearly eradicated cases of tetanus and diphtheria in the U.S. Although work remains to be done on the international stage, huge progress has been made - Deena Zeplowitz 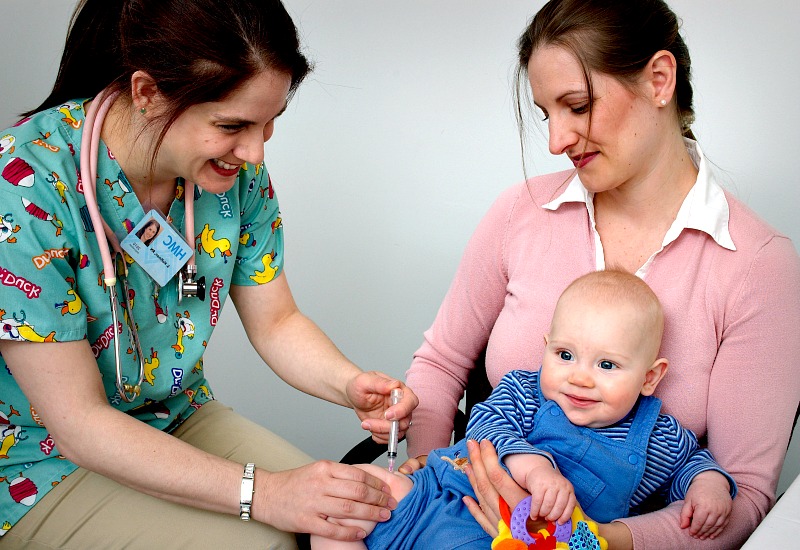 5 Things About the DTaP vaccine: Adding Insight and Correcting Misinterpretation

It is increasingly common knowledge that we are having an international problem with pertussis (whooping cough).. Researchers are actively trying to determine why outbreaks are continuing to spread despite good vaccination rates. Most importantly, they are trying to find out why are babies are dying from pertussis today.

Two recent studies have offered clues. In one study, researchers found that vaccinated baboons were able to transmit pertussis-causing bacteria to unvaccinated cage-mates. The observation in these primates is challenging the concept of “cocooning”…

DTaP is only for children younger than 7 years old. DTaP vaccine is not appropriate for everyone – a small number of children should receive a different vaccine that contains only diphtheria and tetanus instead of DTaP.

What is the difference between DTaP and Tdap vaccines?

Both vaccines contain inactivated forms of the toxin produced by the bacteria that cause the three diseases. Inactivated means the substance no longer produces disease, but does trigger the body to create antibodies that give it immunity against the toxins. DTaP is approved for children under age 7. Tdap, which has a reduced dose of the diphtheria and pertussis vaccines, is approved for adolescents starting at age 11 and adults ages 19 to 64. It is often called a booster dose because it boosts the immunity that wanes from vaccines given at ages 4 to 6.

A Look at Each Vaccine: Diphtheria, Tetanus and Pertussis Vaccines

Diphtheria, tetanus and pertussis are prevented by a childhood vaccine, called DTaP, and a vaccine for adolescents and adults, called Tdap. A version for adults is also available without the pertussis component, called Td.

Like many other grown-ups, I hadn’t given any thought to what we used to call the D.P.T. vaccine — for diphtheria, pertussis and tetanus — for decades. I got the shots when I was a child, and I made sure my daughter got them during her childhood immunizations. Every now and then, my doctor tells me it’s time for a tetanus booster, so I get one. That’s enough, right?

Going Back To The Old Whooping Cough Vaccine Could Save Lives

The current pertussis vaccine isn’t as effective as the old shots.

The best way to prevent a baby from dying from whooping cough is to ensure the baby has been vaccinated. Getting the vaccine won't guarantee that a baby who catches the disease won't die, but it drops the risk by 72%...

The inconvenient truth of vaccine refusal

We developed vaccines for a reason: to stop children from getting sick and dying. This was not a money-making stunt by drug companies, as some claim. Here in the United States, vaccines have done such a great job that we have literally forgotten about the ravages of measles, polio, pertussis, diphtheria, and the many other illnesses that we can now prevent.

Vaccines Are Not to Blame

A decade before Andrew Wakefield’s falsified research on the measles vaccine launched the current anti-vaccine movement, the pertussis vaccine, vilified for its supposed link to seizure disorders, came under similar attack. Today more than 10 percent of parents don’t follow the CDC’s recommended vaccination schedule for their children, delaying or splitting up the vaccines out of fear of complications like those Sarah experienced. Many selectively omit the pertussis component altogether. “The whole anti-vaccine movement in the U.S. started with pertussis,” says James Cherry, a pediatrician and pertussis vaccine expert at the David Geffen School of Medicine at the University of California–Los Angeles.

5 Things About the DTaP vaccine: Adding Insight and Correcting Misinterpretation

Severe problems from the DPT immunization happen very rarely. These include a serious allergic reaction, a prolonged seizure, a decrease in consciousness, lasting brain disease, or even death. Fortunately, the incidence of severe reactions from DPT has decreased in the United States since the adoption of the newer, DTaP form of the DPT vaccine.

After the initial series of immunizations, a vaccine called Tdap (the booster shot) should be given at ages 11 to 12, or to older teens and adults who haven't yet received a booster with pertussis coverage. Then, Td (tetanus and diphtheria) boosters are recommended every 10 years.

Tdap vaccine: Recently, a low dose, adult-formulated diphtheria, tetanus, acellular pertussis (Tdap) vaccine has been licensed and recommended in several countries for use in adults and adolescents.