Where in health am I? : Home / Health Cloud / StaynHealthy / Vaccinations / Vaccines / TdaP

The rich man's dog gets more in the way of vaccination, medicine and medical care than do the workers upon whom the rich man's wealth is built - Samora Machel 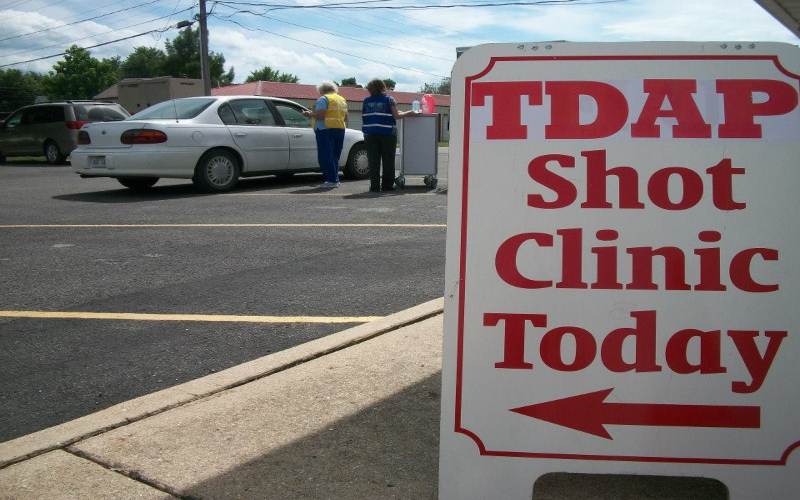 When my patients come in for their 11-year check-up, I give them the TdaP vaccine. I explain to them that a big part of the reason we give it is to protect them against pertussis, or whooping cough. I talk about outbreaks that are happening all the time, how it can be especially dangerous for little babies, and how this vaccine can help stop them from catching pertussis and spreading it to others.

It turns out that’s only true for about 2 to 3 years after getting the vaccine, according to a study just published in the journal Pediatrics.

Before the early 1990s, we used a different kind of pertussis vaccine, a “whole-cell” vaccine. It worked quite well, and rates of pertussis…

Long considered a conquered childhood disease, pertussis has made a comeback in the U.S., in part because the combination vaccine, DTap, appears less effective than its predecessor, DTP

Why Is There A Push To Vaccinate Adults Against Pertussis?

Some (Australia, Canada, Ireland, Spain, UK, US), not all, countries that switched from whole cell (wP) to acellular (aP) pertussis vaccines saw in subsequent decades...Protection that turned out to be both weaker and of shorter duration in adolescents. Resurgence of pertussis infections, even among those previously vaccinated, i.e., poor herd immunity.

What is the difference between DTaP and Tdap vaccines?

Both vaccines contain inactivated forms of the toxin produced by the bacteria that cause the three diseases. Inactivated means the substance no longer produces disease, but does trigger the body to create antibodies that give it immunity against the toxins. DTaP is approved for children under age 7. Tdap, which has a reduced dose of the diphtheria and pertussis vaccines, is approved for adolescents starting at age 11 and adults ages 19 to 64. It is often called a booster dose because it boosts the immunity that wanes from vaccines given at ages 4 to 6.

Like many other grown-ups, I hadn’t given any thought to what we used to call the D.P.T. vaccine — for diphtheria, pertussis and tetanus — for decades. I got the shots when I was a child, and I made sure my daughter got them during her childhood immunizations. Every now and then, my doctor tells me it’s time for a tetanus booster, so I get one. That’s enough, right?

Is It Time To Ditch Tdap As A Routinely Recommended Teen Vaccination?

It’s not news that we need a better pertussis vaccine. Scientists have known for several years that protection against whooping cough wanes much faster than expected in children and adolescents.

It's Time for Grown-Ups to Get Their Shots

Adults have their own vaccination needs, but they’ve often been neglected. Now doctors are trying to correct that.

It’s an ongoing and vexing public health problem: People once vigilant about vaccinating their children aren’t nearly as careful about protecting themselves as they age, even though diseases like influenza, pneumonia and shingles (a.k.a. herpes zoster) are particularly dangerous for older people.

When Zika Turns Deadlier: How Anti-Vaccination Misinformation Could Exacerbate an International Health Emergency

Zika does carry potential dangers for expectant mothers and their babies. But the virus is tame compared to its local counterparts — dengue is nicknamed “break-bone fever,” chikungunya “bending-up fever.” But it is really tame compared to tetanus, diphtheria, and pertussis, the bacterial infections against which Tdap protects.

Why Pertussis Is Making a Comeback

Whooping cough, a potentially life-threatening childhood illness, all but disappeared in the 1940s after a vaccine was developed. Why is it making a comeback now, when most children are vaccinated?

Rarely, it led to seizures or similar episodes, and even more rarely it caused acute encephalopathy, a more serious but temporary effect on the brain. Because of all this, we changed the vaccine to the “acellular” kind, which has fewer side effects. We went from DTP to DTaP. And when we did, we stopped protecting children as well as before.