'Spermicide' sort of rhymes with 'pesticide', yet you wouldn't put a load of DDT in you, now would you? ― Anthony T Hincks 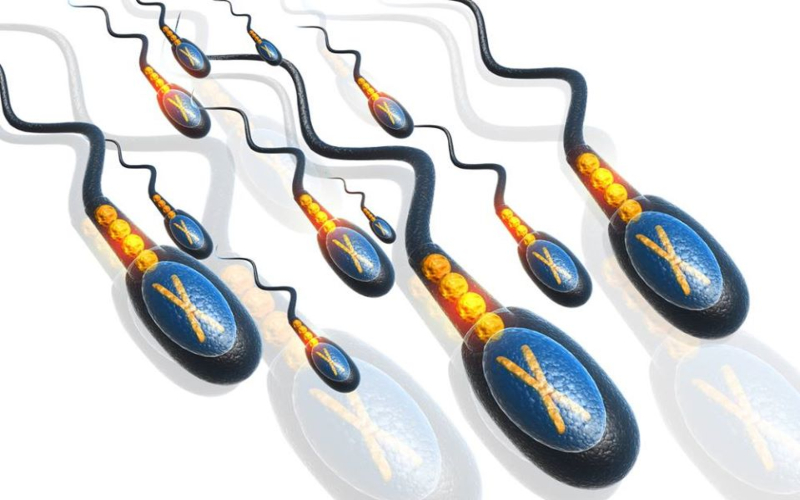 Glyde On In Without Toxic Spermicide

Do you know what spermicide is? I mean, I assume you know that it can be squirted up into the nethers and that you can also buy condoms laced in this sperm-killing serum, but do you actually know what is in it?

I know you are now wondering so allow me to explain. The most common of sperm-acide-ing ingredients is a little toxin called nonoxynol-9. As a spermicide, it attacks the acrosomal membranes of the sperm (which is kind of like the hat on the head of the sperm) which paralyzes the little swimmers. Nonoxynol-9 is an alkylphenols, aka a surfactant. These are substances that reduce the surface tension of liquids, allowing them to combine more easily. They are used most commonly…

Nonoxynol-9 and STDs: The dangers of using spermicide

Spermicide is often found in condoms these days. As the name states, spermicide is formulated to kill sperm, so it is useful particularly when trying to prevent pregnancy. However, like with all things in life, it is important to learn about its downsides and possible dangers.

Spermicides are meant to eliminate sperm, and sperm only. Spermicides can’t be used to target other biological agents, such as STIs. In fact, using spermicides will make it more likely that an STI will be transferred if one partner has an STI.

A Complete Guide To Spermicidal Lube

Spermicide is one of the earliest methods of birth control and comes in several forms. The first use, of what would be considered a spermicide, dates back to 1850 BCE in Egypt. It was a mixture of crocodile poo and fermented dough. What a combination! Can you imagine the smell? It’s a wonder sex happened at all with that concoction. Around 1906, the first spermicidal jelly was developed, and in the 1950s, nonoxynol-9 was discovered. It is what is currently used in most spermicides of today.

Are condoms with spermicide a good idea?

And here’s the big kicker. Spermicide is essentially caustic (that’s how it kills those little buggers). Therefore, it damages the ecosystem and delicate skin of the vagina (it’s a secret garden in there, boys). Because of this, condoms with spermicide actually increase a woman’s risk of getting a bladder infection and can damage local defense mechanisms enough that the risk of catching an STD actually increases! So ditch the condoms with spermicide.

Spermicide is a substance used for contraceptive that kills sperm. In order to prevent pregnancy effectively, spermicide should be inserted into the the vagina before sexual intercourse. Most spermicides, other than Lanzas Contraceptive Jelly, are not strong enough to be used on their own as your only form of contraception. The failure rate of using only spermicide as a contraceptive is higher than using other forms of birth control.

A spermicide is a chemical that kills sperm. One type of spermicide, Nonoxynol-9, is the main active ingredient in nearly all popular brands (foams, creams, jellies, vaginal tablets, suppositories and sponges). ther are many brand names of spermicides, including Ortho-Creme, Gynol II, Semicid, Conceptrol and delfen. A spermicide can be used alone as a method of birth control. But because the failure rate is so high, it is often used with condom.

Wilkinson implied that health officials are concerned about nonoxynol-9's effectiveness as a contraceptive. "As for pregnancy, it doesn't do a whole lot against that, either," Wilkinson said.

Effects of Long-Term Use of Nonoxynol-9 on Vaginal Flora

This longitudinal investigation did not show dramatic effects of nonoxynol-9 on the vaginal ecologic system. The most significant risk factor for being colonized with an organism after spermicide use was baseline colonization, not nonoxynol-9 exposure.

There are many factors to be considered when deciding on a spermicide including potential side effects, health risks and which form of spermicide will work best with your preferred method of contraceptive barrier.

Insights of Spermicidal Research: An Update

According to the Guttmacher Institute, 0.5 percent of all contraceptive users surveyed in 2010 relied on spermicides as their contraceptive. Although not used often, they are a part of the contraceptive choices sexually active people have to prevent pregnancy. How effective are they, however?

Spermicidal Condoms - We say NO

Spermicides out, pills in: 8 contraception trends you probably didn't know

How many people go to family planning clinics, who are they and what forms of contraception do they leave with? New numbers show seismic shifts in people's contraception choices.

Of 100 women using this method for one year, 12 to 24 of them may become pregnant. Your risk of getting pregnant is much higher if you have had a baby, or if you do not use the sponge correctly each time you have sex.

The new Caya diaphragm pairs well with some spermicide and the oldest birth control method.

Spermicides and vaginal sponges do not work as well at preventing pregnancy as some other forms of birth control. However, using a spermicide or sponge is much better than not using birth control at all.

What Spermicide Users Should Know, But Often Don't

Glyde On In Without Toxic Spermicide

Do you know what spermicide is? I mean, I assume you know that it can be squirted up into the nethers and that you can also buy condoms laced in this sperm-killing serum, but do you actually know what is in it?

VCF® Vaginal Contraceptive Film® is a soft square of soluble film that dissolves with your body’s natural moisture. Once VCF dissolves, it creates a gel coating that contains a highly effective spermicide that kills sperm on contact for up to 3 hours.

Natural spermicide and alternatives to Nasty-Nonoxynol-Nine!

“Spermicide” describes a bunch of different creams, films, foams, gels, and suppositories that contain chemicals that stop sperm from moving. You insert it deep in your vagina, so it also keeps sperm from getting through your cervix and into your uterus.

Sometimes people are too embarrassed, too busy, or just don’t know the right questions. The questions on this page should cover a lot of aspects of what you need to know though.

By being a new, natural alternative to 'traditional' spermicides, ContraGel makes barrier contraception an easier option for couples. Possible itchiness which can sometimes be casued by using traditional Nonoxynol 9 based spermicide can be a distraction just when pleasure should be the focus. And since both of you have your most sensitive parts exposed to the substance, opting for a natural alternative is twice as important.

Nonoxinol-9 is the most commonly used spermicidal agent and is the active component in the only prescribable spermicide available in the UK. Spermicidal contraceptives are useful additional safeguards but have low contraceptive efficacy if used alone.