Where in health am I? : Home / Health Cloud / StaynHealthy / Women's Health / Breast Health 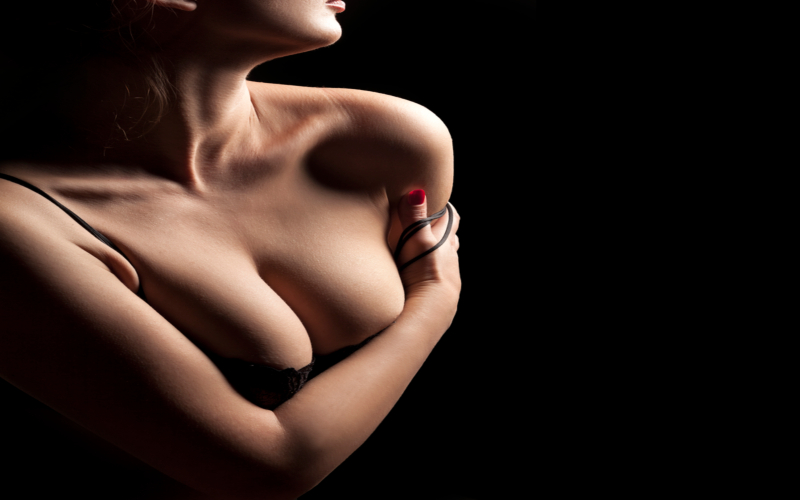 They’re always hanging around — but most of us rarely give them a second thought. A science journalist exposes the impressive, eye-popping facts about breasts and breast health.

Human breasts are different from all the other breasts on the planet. Humans are the only mammals to have breasts that develop in puberty and then remain permanently enlarged, says Florence Williams, the author of Breasts: A Natural and Unnatural History. Other female primates have them when necessary (i.e., their mammary glands grow during lactation and deflate after weaning). Ours, fleshy and fatty, “stick around regardless of our reproductive status,” she says.

Compared to our other organs, they’re late bloomers.

Williams was fascinated to learn that our breasts are the last organ in our bodies to develop. Unlike, say, the brain or liver, whose architecture is set at birth, breasts don’t really come into their own until well after birth. “The breast has to fully build itself out of nothing during puberty,” she says. “Even if a woman never gets pregnant, her breasts pack and unpack a little bit each month, just in case.” Over the course of a menstrual cycle, breast volume varies by 13.6 percent, owing to water retention and cell growth. (The average breast weighs just over a pound, but this can double in late pregnancy.)

They’re different from each other.

If you were secretly dismayed to discover that you don’t fill out both sides of your bikini top in exactly the same way, take heart: Williams found that one breast is usually, on average, 39.7 milliliters bigger than the other (that’s nearly a fifth of a cup). This makes sense, she says — we don’t expect to have two feet, two ears or two knees that are exactly the same.

They likely enabled us to communicate on a higher, more complex level.

Olav Oftedal, Ph.D., a Smithsonian researcher, told Williams that higher-order thinking — including speech and learning — grew out of lactation because mothers and offspring had to bond and be close. Other scientists believe that the shape of the human breast influenced the development of our infants’ palates and oral motor skills, which then facilitated our ability to form words.

They can also cause men to regress.

Research has shown that men perform poorly on cognitive tests after viewing images of top-heavy women. Steven M. Platek, a neuroscientist at Georgia Gwinnett College who has conducted experiments in this area, thinks that men were so distracted by the pictures that they couldn’t focus on other tasks.

They probably evolved to keep everyone happy.

Many people figure that this uber-feminine characteristic evolved through sexual selection — or because well-endowed women mated more often and with more-virile partners, increasing the likelihood that the trait would be passed along. But Williams points out that this origin theory brings up more questions (like, why are breasts at their fullest and firmest when women are pregnant and lactating, when they’re effectively off the market?). She interviewed proponents of a newer hypothesis: that our breasts evolved through natural selection — or because they did more for women than boost their attractiveness. Here’s how Williams breaks it down: “We needed to be fatter at puberty and beyond to produce human infants; our fat made estrogen, and estrogen made our breasts grow because the tissues there are so attuned to it.” According to this reasoning, breasts are merely “byproducts of fat deposition,” but that fat is key to the survival of a species like ours that lacks hair for warmth (and that needs extra fat to grow a big-brained baby). It’s tricky to prove which theory is right, says Williams, because the soft tissue of breasts leave no fossil record, but we’re partial to the more egalitarian one.

They’re arriving earlier than ever before.

Breasts are appearing, on average, a full year sooner than they did in generations past, says Williams. You’ve probably heard that this is due to the rise in obesity, but Williams says that’s only part of the problem. “Thin girls are also developing at a younger age,” she says. One theory points to the chemicals that mimic estrogen in food and personal-care products. The Breast Cancer Fund suggests avoiding BPA (the plastic additive in the lining of cans) and using paraben-free beauty products whenever possible.

Human breast milk starts out as nature’s perfect food, says Williams, chock-full of not only the vitamins, minerals, proteins and fat a baby needs to grow but also immunity-boosting antibodies, probiotics and other substances that can protect against salmonella and E. coli, as well as diabetes and cancer. It also contains endocannabinoids similar to those found in marijuana, which may help infants chill out and avoid overeating.

In a cruel twist of fate, the helpfully fatty tissue in the breasts also causes them to absorb “pollutants like a pair of soft sponges,” says Williams. Modern breasts are storing potentially toxic chemicals such as flame retardants, pesticides, PCBs, mercury, lead, rocket fuel, gasoline byproducts, fungicides and more. We can hold on to some of them for years — even decades. The high-fat, high-protein content of the milk also attracts heavy metals and other contaminants, and nursing mothers can pass these along to their babies (this doesn’t cancel out breast milk’s other amazing properties, though). Williams cites a 2011 report by the Institute of Medicine of the National Academies recommending that all women reduce their exposure to gasoline fumes, vehicle exhaust and cigarette smoke.

More than 1.3 million women were diagnosed with breast cancer in 2008, according to Williams, and that number is expected to increase by 26 percent by 2020. She says that there are three reasons cancer seems to thrive in our breasts: These dynamic organs keep growing new cells throughout our lives; the fatty tissue is like a haven for industrial chemicals; and they’re filled with hormone receptors and hormones that can feed cancer cells. (“The tumors grow in the presence of estrogen and progesterone,” says Williams.) She adds that this news underscores the importance of following the Institute of Medicine’s advice for minimizing environmental risk factors: exercise, limit smoking and alcohol, and avoid unnecessary radiation.

Scientists Still Stumped By The Evolution of Human Breasts

In other primate species, only pregnant or lactating females have bosoms. The animals stay flat-chested for the rest of their lives. In humans, pubescent girls accumulate fat around their milk glands, which stays for life and seems to hold sex appeal in every culture. Those permanent, alluring mounds of fat on women’s chests are indeed an evolutionary anomaly, begging for an explanation.

Your Breasts Are Trying To Kill You

Breasts are very sensitive to the environment at every single life stage, from earliest embryonic development through puberty and pregnancy and lactation and menopause. So it turns out that they’re really sentinel organs in our bodies.

Think back: You’ve probably got your own personal important breast moments — many of us do. For some, it’s the day you first realized you had them, or the day you bought your first bra, (not to be overshadowed by the day you realized you were wearing the wrong size, like basically every other brassiere-wearer out there, according to bra experts).

6 Most Common Causes Of Sore Boobs

Just like with any part of your body, you have to listen and examine what your breasts are trying to tell you. Are both your boobs really sore, more than would be deemed normal, or is just one sore breast causing you more headache than usual? Or are your breasts just getting lumpier and heavier occasionally? Here’s some hidden and some not so hidden meaning behind your sore boobs.

My Boobs, My Body, My Health: Breast Health Now and (Hopefully) Forever

Perhaps because my boobs have never been too big, too small, too lumpy, lopsided or painful, or because I've never been into showing them off (maybe because there was never much to show at the time in my life I would have been inclined to do so), I've never given them that much thought.

Our Brains See Men as Whole and Women as Parts

Evolution might underlie the different processing of female versus male bodies. Both genders do it.

Before there was breast cancer awareness, there was tuberculosis advocacy. It was a lot more effective.

If certain bacteria do instigate cancer, the finding could lead to new screening methods or treatments.

Why Your Breasts Can Feel So Painfully Sore Before Your Period

Most people agree that breast sensitivity is at its height right before your period, but how alarmed should we be by pain?

Will Essential Oils Like Lavender And Tea Tree Make Your Breasts Larger?

That sense of calmness when surrounded by lavender oil may not be the only thing growing in your chest.

Women Changing the Way We Think About Our Boobs: Angelique Pitney

Get in Touch has reached worldwide to over 80 countries through the free educational program and their smart phone app. These foreign countries, many of them undeveloped, are so excited about having the education to spread as far and wide as they can. Many of us have the resources to live healthy and wise that some others around the world don’t. If we can lead by example we are taking a huge step towards not only breast health awareness, but also towards setting precedence for how we should treat ourselves as individuals.

You Don't Have to Feel Your Breasts

Breast self-exams haven't been shown to save lives. Instead, here's how to actually tell if you might have breast cancer.

They’re always hanging around — but most of us rarely give them a second thought. A science journalist exposes the impressive, eye-popping facts about breasts and breast health.

The good news is, there are several ways to improve your breast health naturally. Through specific nutrients and lifestyle changes, you can keep your health strong and reduce your risk for breast cancer.

No one can control whether or not they get breast cancer–but there’s a lot we can control to keep ourselves, and our breasts, as healthy as possible. Here are five ways to get on top of your breast health and live your healthiest life.

A comprehensive program to reduce your risk of breast cancer or its reoccurrence.

The Get In Touch Foundation

The mission of the Get In Touch Foundation is to provide breast health initiatives that educate gals and guys of all ages how to "get in touch" with their bodies, information, and each other in our crusade against breast cancer.

The Healthy Breast Program is designed to educate women globally in ways to reduce their risk of breast cancer and prevent its recurrence.

The Women’s Breast & Heart Initiative is an outreach organization dedicated to educating women about the importance of breast & heart health while providing them with the resources to beat these diseases.