Where in health am I? : Home / Health Cloud / StaynHealthy / Women's Health / Laparoscopy 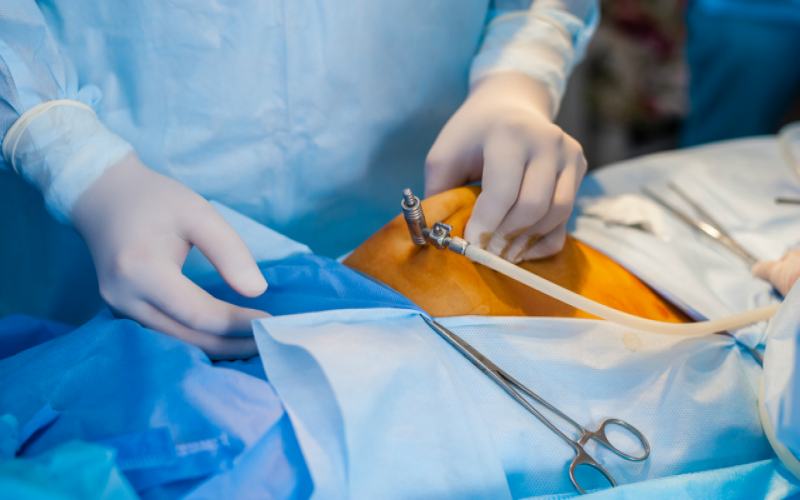 As gynecologic surgery continues to evolve rapidly, it is easy to forget the origins of our specialty. Only 205 years ago, Conrad Langenbeck performed the first planned hysterectomy on record. It was a vaginal procedure done in the surgeon‘s living room with no assistants and he had to use his teeth at one point to tie suture. Miraculously the patient survived, but no one believed that Dr. Langenbeck actually performed this procedure until it was confirmed at autopsy several years later.

In today‘s environment, the laparotomy approach is still overutilized, but it is now gradually being replaced by laparoscopic and robotic surgery. The original minimally invasive method, the vaginal…

My Patient Almost Died From A Mistake I Made. I Apologized And It Changed My Life

the intern inserted the Veres needle through our patient’s belly button and into her abdomen just the way I had taught her. This is the first step in robotic-assisted laparoscopic surgery, which allows us to operate by using a robot to control sophisticated instruments that fit through several tiny incisions.

Laparoscopy in Gynecology - How Why When

Laparoscopy has gained a leading role and appears to be the gold standard method for a quiet wide range of gynecologic procedures such as tubal ligation, removal of ovarian cyst or adnexa, treatment of ectopic pregnancy, hemorrhagic rupture of a cyst, exploration of chronic pelvic pain, sterility, treatment of endometriosis, removal of fibromyomata, hysterectomy, and lately for treatment of pelvic organ prolapses, urinary incontinence and even in gynecologic cancers. Despite the advantages of laparoscopic procedures, they do not come without risk and complications for the patient.

Two new studies revealed bad news about minimally invasive surgery for cervical cancer, a widely used procedure performed through small slits in the abdomen instead of a big incision.

The power morcellator should no longer be used for hysterectomies or fibroid removal in the vast majority of women getting these procedures, FDA declared in a highly anticipated guidance document Nov. 24 2014.

In today‘s environment, the laparotomy approach is still overutilized, but it is now gradually being replaced by laparoscopic and robotic surgery. The original minimally invasive method, the vaginal hysterectomy, is slowly on the decline despite efforts by the American College of Obstetricians and Gynecologists to turn the tide.

Gynlaparoscopy.com is geared towards a wide range of audiences who are interested to learn about laparoscopic procedures in the world of Gynecology, whether their search is sparked by research projects, personal need, or simple curiosity.

The is an international clinical forum for the exchange and dissemination of ideas, findings and techniques relevant to gynecologic endoscopy and other minimally invasive procedures.

Although the organization had outgrown American roots, its name and acronym had become highly recognized worldwide. To best portray its expanding mission and international constituency, while still preserving its heritage and brand recognition, the organization eventually dropped its full name, “American Association of Gynecologic Laparoscopists” and became known simply as the AAGL, along with the phrase “Advancing Minimally Invasive Gynecology Worldwide.”

Laparoscopic Institute for Gynecology and Oncology

With the goal of increasing the practice of minimally invasive techniques, Dr. Kate O’Hanlan founded the Laparoscopic Institute for Gynecology and Oncology® (LIGO) in 2006. Devoted to training gynecologic general and oncologic surgeons in minimally invasive laparoscopic procedures, LIGO is the only training institute of its kind.

SLS is the largest Minimally Invasive or Laparoscopic Society in North America and perhaps worldwide with over 6000 active members. Many Laparoscopic and MIS specialties are represented; the main three are Surgical Endoscopy, Gyn Laparoscopy, and Endourology.

Diagnostic laparoscopy is a surgical procedure that allows your fertility specialist to examine the organs inside of your abdomen and pelvis. It is often used when an infertility diagnosis cannot be reached through laboratory tests alone. Performed using small incisions and a miniature camera (known as a laparoscope)...