Where in health am I? : Home / Health Cloud / StaynHealthy / Women's Health / Medications

Women’s health has been historically underserved. As more innovative solutions come on the market and as the industry as a whole shifts to value-based care, many areas of women’s health will improve - Katherine Ryder 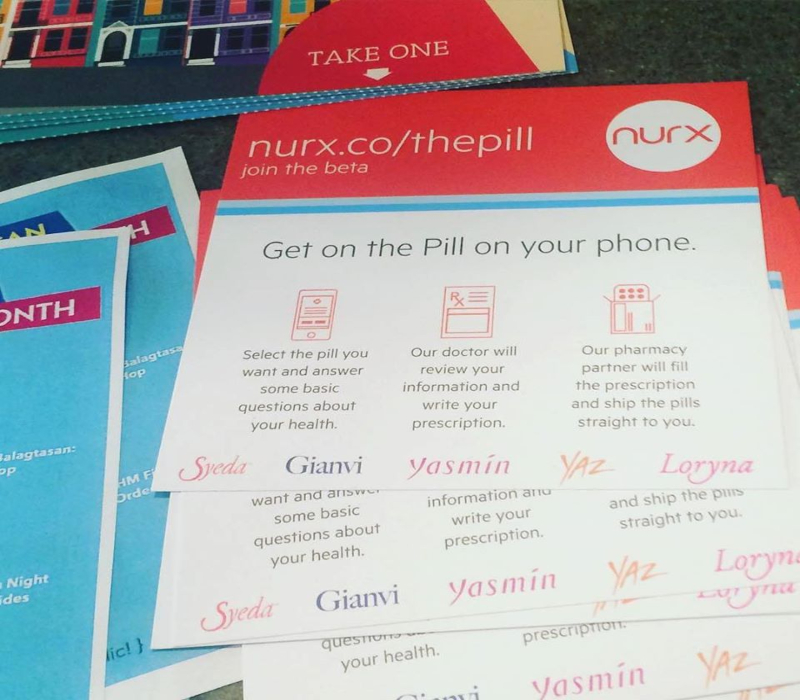 It’s a generally agreed-upon fact that doctor’s appointments are the worst. Extended waiting room sojourns often culminate in rushed consultations, and even if you love your doc, it can feel like all you have to show for the experience is a hastily written prescription and a gnarly dent in your bank account.

And if you’re dealing with one of the more mysterious maladies plaguing women—like an autoimmune disorder or a hormonal imbalance—this process can be even more frustrating and ineffective. But that may not be the case for much longer. A handful of healthcare startups are aiming to reshape the entire system from a tech-driven POV that puts feminine issues first.

Let's level the healthcare playing field, shall we? At last - accessible, prescription based products delivered to address our biggest skin, hair, and sex concerns.

Nurx can automatically refill and renew prescriptions. Going to the doctor’s office or the pharmacy will never stand between you and getting your birth control again.

We’re a 24/7 online clinic that helps you get better faster. You can even get a prescription sent to your favorite pharmacy.

Women suffer needless pain because almost everything is designed for men

The company is part of a new wave of start-ups seeking to upend traditional medicine by marketing prescription drugs and connecting people to physicians online who may prescribe them. Proponents of the approach say that it can significantly improve access to drugs like birth control pills. But many of these sites’ practices, which merge commerce with medical care in new ways, have raised questions because the companies operate in a regulatory vacuum that could increase public health risks.

Eve Kit is a simple, convenient way for women to stay on top of their sexual health, right from home.

Is sexual desire a medical issue? An experimental drug for women revives an intense debate

Cancer therapies should shrink tumors. Diabetes treatments ought to lower blood sugar. But what should society expect from drugs for sexual desire?

While women privately fume about the costs, drug makers have been able to raise their prices without a public outcry in part because the topic — women’s sex lives and their vaginas — is still pretty much taboo.

There’s finally a drug for postpartum depression. Too bad it’s $34,000.

Brexanolone was designed to address an unmet medical need. It’s also complicated to use.

Earlier this month the makers of, Addyi—the beleaguered drug many have misguidedly labeled the “female Viagra,”—announced that the little pink pill is relaunching after years of controversy, a dramatic billion-dollar buyout and a tenacious fight from the woman behind the pill, Cindy Eckert.

Women's Pain Is Different From Men's—the Drugs Could Be Too

A new study shows clear differences in the biology of how men and women feel pain, a reminder that sex-specific pain medications might benefit us all.

You Can Buy Prescription Drugs Without Seeing a Doctor

Sites such as Hers offer to send pills directly to women to help them feel better—and prettier.

The percentage of young adult women who filled prescriptions for drugs used to treat attention deficit disorder has increased more than fivefold since 2003, the Centers for Disease Control and Prevention reported on Thursday. The new report raises questions about the increasing use of a diagnosis that once was reserved for children and adolescents.

Doctors Are Too Quick to Give Women Antidepressants

Are they prematurely whipping out those prescription pads?

How the War on Drugs Hurts Women

It’s not a surprise women are victims in the escalating and failed war on drugs. The influx of U.S. money, ammunition and military training has provided an aggressive, male-dominated environment and more tools to further deteriorate the rule of law.

What to expect when you’re expecting your abortifacient pill delivery.

Is It Safe to Take Medication While Pregnant?

It isn’t unethical to test drugs on pregnant women. It’s unethical not to.

Until the turn of this century, there was little sense in Western medicine that gender mattered. Outside the niche of female reproductive medicine, the male body was the universal model for anatomy studies. Clinical trials mainly involved males and the results became the evidence base for the diagnosis and treatment of both genders. Medication dosages were typically adjusted for patient size and women were simply “small men”.

Pregnant and Addicted to Heroin

In Fresno County, drug use is about two times the state average. Pregnancy can be a crucial time for women to seek help for addiction—but it can also cost them their children.

Should Pregnant Women Take Anti-Anxiety Medication? Some Have No Choice.

The relentless focus on fetal purity was one of the hardest things I faced during my already tough pregnancy.

In order to bring costs down, at both the population and individual level, many experts have encouraged a switch to generic drugs wherever possible. Here's what you need to know.

Take Some Pills for Your Hysteria, Lady: America's Long History of Drugging Women Up

Women are twice as likely as men to be prescribed prescription drugs for depression or anxiety.

With Access Under Threat, Advocates Want to Help Women Take Medication Abortion Into Their Own Hands

Recognizing that even women in a country with legal abortion might need help getting one, Women Help Women is introducing a U.S.-specific online counseling service for women who are trying to terminate their own pregnancies at home. At abortionpillinfo.org, women who’ve gotten misoprostol—one of two drugs usually taken as a pair to end a pregnancy—through a means other than a doctor can contact a counselor for personalized advice and instructions for how to take it and whether to seek further medical attention. The service is called Self-managed Abortion; Safe and Supported (SASS).

You can get birth control from an app — but should you?

The latest thing technology is trying to make obsolete: visiting the doctor's office. An increasing number of apps and online services are offering women a way to get birth control, including emergency contraception, without having to visit a doctor in person.

Hate getting pap smears? A Toronto startup is helping more people get tested with a self-collection device.

It’s a generally agreed-upon fact that doctor’s appointments are the worst. Extended waiting room sojourns often culminate in rushed consultations, and even if you love your doc, it can feel like all you have to show for the experience is a hastily written prescription and a gnarly dent in your bank account. And if you’re dealing with one of the more mysterious maladies plaguing women—like an autoimmune disorder or a hormonal imbalance—this process can be even more frustrating and ineffective. But that may not be the case for much longer. A handful of healthcare startups are aiming to reshape the entire system from a tech-driven POV that puts feminine issues first.