Enthusiasm is the yeast that raises the dough - Paul J. Meyer 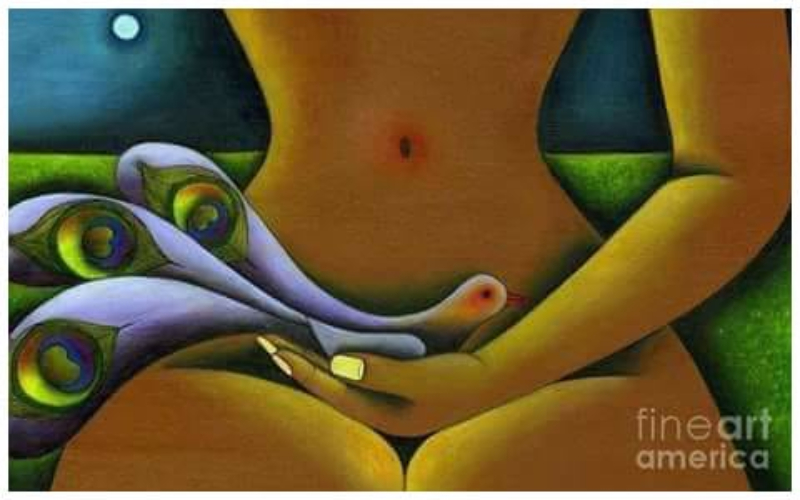 5 Yeast Infection Myths You've Probably Fallen For, Even Though Experts Say They're BS

If you’ve ever experienced the pure agony that is a yeast infection, I’m so sorry. If you haven’t, count your blessings, because I’m pretty sure they’re one of (if not the) worst things the female body has to put up with. Sure, PMS is pretty rough, but at least when your period comes, you have an idea of what to expect from your body. Yeast infections aren’t quite as predictable, though, and that’s because there are so many myths about yeast infections floating around the internet that the only thing you can know for sure is that the genital fungal infection makes your vagina itch and your pee burn.

According to the Mayo Clinic, three out of every four women will experience a yeast…

“There is little evidence related to the efficacy of apple cider vinegar to treat yeast infections, and the studies that are out there are not robust,” Dr. Linhorst says. Although one study has shown a potential, though minor, effect, she points out, "this study was performed 'in vitro' (lab setting/petri dishes), not 'in vivo' (in a living organism)," and when it comes down to it, “more research is certainly needed to determine route, dose, etc."

Why Do I Keep Getting Yeast Infections?

Why Won’t My Yeast Infection Go Away? Experts Say These 8 Habits Can Throw Your System Off

If your yeast infection has been sticking around for a long time and won't go away despite recurrent treatment, it may be something else entirely, experts say.

Yeast Infections – What’s a Girl to Do? Try This Probiotic Approach

Yeast infections in themselves aren’t harmful in otherwise healthy women.* In fact, most of these organisms live in healthy balance as a normal part of our vaginal flora. But certain factors can kick them into high gear and make them think they have the run of the place.

4 Home Remedies for Yeast Infections You Should AVOID

Here's the truth -- yeast infections are a common condition for women. Unfortunately, there is a sincere stigma associated with the condition and because of this stigma, many women -- including some of our patients -- have reported trying alternative treatments that aren't 100 percent medically approved. Instead of curing the infection with over-the-counter treatments, some of these women turn to potentially dangerous home remedies.

5 Yeast Infection Symptoms in Women That Should Never Be Ignored

The health condition is so, err, popular because every woman naturally has yeast (aka candida) brewing in their vaginas. But sometimes an overgrowth can occur, and that's when problems pop up. "Anything that can throw off the environment of your vagina can cause yeast infections, whether it's medication, excess moisture, condoms, IUDs, or even tampons," says Angelique Mason, a family nurse practitioner at Hahnemann University Hospital in Philadelphia.

After nearly 40 years of being misdiagnosed with everything from yeast infections to cystitis, early menopause, eczema, and even herpes, in 2016 Baumhauer received a devastating diagnosis of vulva cancer—caused, in her case, by a little-known skin condition called lichen sclerosus (LS).

Fact or Fiction?: A Clove of Garlic Can Stop a Vaginal Yeast Infection

Many women who experience persistent vaginal itch or discharge assume they have vaginal thrush (vulvolvaginal candidiasis). Treatments for thrush are available without a prescription. Since having a vaginal condition can be embarrassing, it’s sometimes preferable to buy creams or tablets from the chemist and treat yourself. But this also means some women may be using treatments that aren’t best for their condition, or that could be ineffective.

Recurrent thrush: how some women live with constant genital itching

Although most women will have experienced one or more episodes of uncomplicated thrush that results in temporary discomfort, some suffer from recurrent episodes. The persistent physical symptoms of these can be shameful and often debilitating.

5 Yeast Infection Myths You've Probably Fallen For, Even Though Experts Say They're BS

If you’ve ever experienced the pure agony that is a yeast infection, I’m so sorry. If you haven’t, count your blessings, because I’m pretty sure they’re one of (if not the) worst things the female body has to put up with.

Genital / vulvovaginal candidiasis (VVC) is also sometimes called a "yeast infection," and it occurs when there is overgrowth of the normal yeast in the vagina. This infection is relatively common -- nearly 75% of all adult women have had at least one "yeast infection" in their lifetime.

Candida is a normal commensal organism in the vagina. Recent research suggests that symptomatic vaginal and vulval candidiasis is not due to opportunistic infection or immunodeficiency but is a hypersensitivity response to the commensal organism. This response may be genetically determined and oestrogen also seems to play a role.