Where in health am I? : Home / Health Cloud / Challenges / Blood / Hemophilia

We are much more than our bleeding disorders. Hemophilia, while a major part of our lives, does not define us - Joe MacDonald, 2 Brothers with Hemophilia 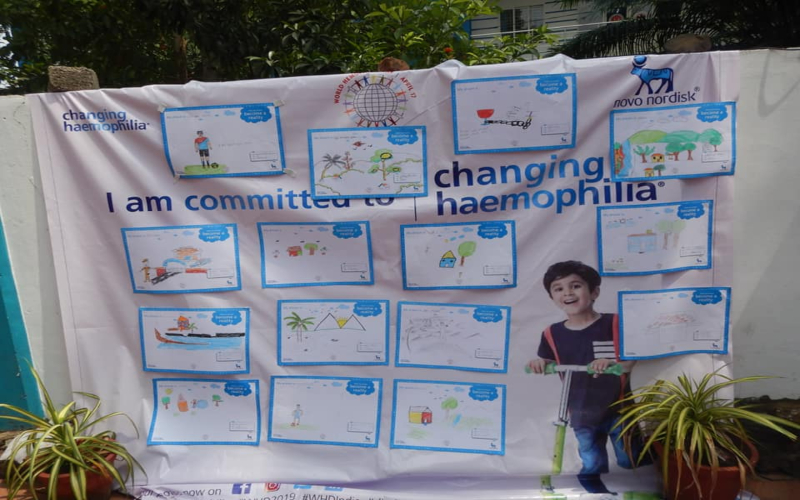 Recognizing the Gift of Hemophilia

Hemophilia has been a gift.

Let me explain. I know some people will struggle to understand my viewpoint. I realize that they have suffered great physical and emotional pain because of this bleeding disorder. Some have lost relationships, jobs, and mobility, and have a reduced quality of life. I get it. I truly do.

I understand the worst of what hemophilia can bring to a person’s life. My older brother lived for only five days due to complications from a head bleed. I see my 14-year-old son trying to cope with chronic pain as he uses a crutch on most days. So how can I utter the words “gift” and “hemophilia” in the same breath?

It’s all about perspective. Just as each…

They Thought Hemophilia Was a ‘Lifelong Thing.’ They May Be Wrong.

Experimental gene therapies have yielded promising results in early trials. But the drugs have left some patients worried that success will not last.

A Doctor’s Intimate View of Hemophilia

Today, happily, the blood products hemophiliacs take are safer. Scientists have figured out a way to produce an engineered version of the clotting factor. That means that we don’t have to go to hundreds of human donors for blood anymore. They take the protein we need, insert it into the ovary of a tiny hamster and make the clotting factor from that.

Hemophilia has long been a terrifying disease. Even small cuts and bruises can be deadly, and routine movement can lead patients to bleed into their joints, destroying them. This is the disease that so terrified the last Russian Tsarina that she sought the care of a strange mystic, Rasputin, to care for her son, Alexei.

Haemophilia's Crippling Joint Pain Is a Target for Scientists

The hunt is on for ways to diagnose and treat the joint problems that are now the main chronic problem in haemophilia.

In the Fight against Haemophilia, Dogs are a Weapon

In the study of haemophilia, man really does have a best friend

Clotting-factor infusions treat symptoms of haemophilia, but gene therapy could provide a cure. Research is also moving ahead on an alternative treatment strategy to remove or disable the body's anticoagulants rather than adding clotting factors.

Recognizing the Gift of Hemophilia

Hemophilia has been a gift. Let me explain. I know some people will struggle to understand my viewpoint. I realize that they have suffered great physical and emotional pain because of this bleeding disorder. Some have lost relationships, jobs, and mobility, and have a reduced quality of life. I get it. I truly do.

The journey of two brothers with severe Hemophilia A.

Adventures of a Hemophiliac

Because I’ve been so lucky in life, I want to give back in a way that others with my condition can’t. I want to bring awareness to those less fortunate than I.

HemaBlog apparently is the bleeding disorder community's first dedicated blog to all things related to hemophilia and VWD. For me, it's a fun way to bring my observations to you weekly, in an informal manner.

Log infusions, track bleeds, and more with Pfizer Hemophilia’s HemMobile™ app. Created with essential patient and caregiver input and designed with the community in mind.

The Hemophilia Alliance provides member Hemophilia Treatment Center with resources and services to sustain the Comprehensive Care Model for individuals with bleeding and clotting disorders.

Hemophilia is for Girls

A blog all about raising awareness for Women with Bleeding disorders. I am a severe factor 5 Hemophiliac living in Calgary, Alberta, Canada and this is a blog about my life!

From diagnosis to dating, we’ve got tips, resources, and words of wisdom to help parents and caregivers navigate through the various challenges that arise throughout the years.

To be a conduit of hope, strength and resources to individuals and their families through seasons of crisis caused by hemophilia.

Bayer HealthCare Pharmaceuticals Inc. developed this Web site to share some practical tools that we hope will help you manage life in today's busy world. Although hemophilia is part of your life, we want to make sure that hemophilia does not become your life. This Web site is designed to give you time-saving tips and strategies for living with hemophilia, and making life a little easier.

NHF is dedicated to finding better treatments and cures for inheritable bleeding disorders and to preventing the complications of these disorders through education, advocacy and research.

Sweet Affliction is our blog about Hemophilia. Shall we say - the Hemophilia lifestyle. Much will be autobiographical in nature focusing on our experiences living with the disease.

The Coalition for Hemophilia B

Mission...To make quality of life the focal point of treatment for individuals with hemophilia in the 21st century.

We are the only UK wide charity for everyone affected by a bleeding disorder: a community of members, supporters and healthcare professionals.

Webleed.org is a patient advocacy website that brings the best in bleeding/clotting news from all over the globe and puts it in one place.

The World Federation of Hemophilia improves and sustains care for people with inherited bleeding disorders around the world.

The Canadian Hemophilia Society is committed to improve the health and quality of life of all people with inherited bleeding disorders and ultimately to find a cure.

The vision of Hemophilia Federation of America is that the bleeding disorders community has removed all barriers to both choice of treatment and quality of life.

Mission...To advise and recommend on the optimum provision of treatment and care for persons with haemophilia and related bleeding disorders.

Even though hemophilia runs in families, some families have no prior history of family members with hemophilia. Sometimes, there are carrier females in the family, but no affected boys, just by chance. However, about one-third of the time, the baby with hemophilia is the first one in the family to be affected with a mutation in the gene for the clotting factor.

There are two major kinds of hemophilia: hemophilia A and hemophilia B. About 80% of cases are hemophilia A, which is a factor VIII deficiency. Hemophilia B is when there is too little factor IX.

Hemophilia is not one disease but rather one of a group of inherited bleeding disorders that cause abnormal or exaggerated bleeding and poor blood clotting.

In children and adults, a blood test can show a clotting-factor deficiency. Hemophilia is diagnosed at an average age of 9 months and almost always by age 2. Sometimes, mild hemophilia isn't diagnosed until a person undergoes surgery and experiences excessive bleeding.