Thriving. That's fighting... Surviving is barely getting by - Jillian Michaels 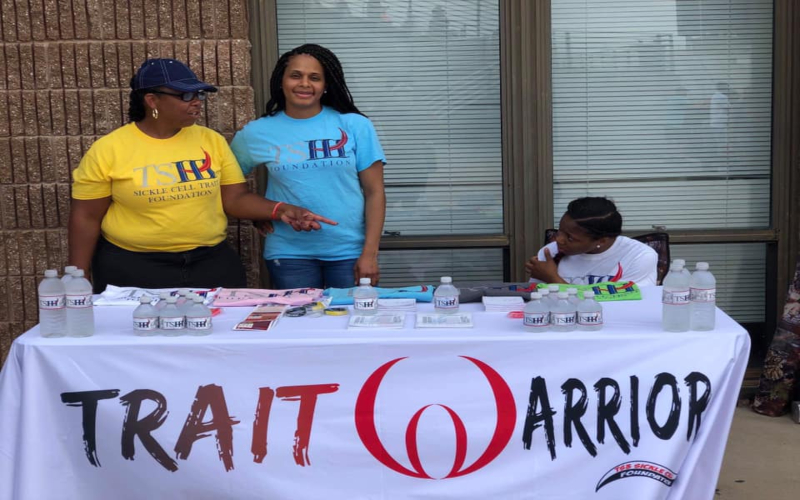 The health implications, good and bad, of sickle cell trait

...I thought it might be interesting to look at sickle cell trait, the carrier state for sickle cell. This is normally considered to be a benign and completely harmless condition but evidence is accumulating that this may not be the whole story.

Exercising Caution: Intensive Athletic Activity Could Be Fatal to Those with Sickle-Cell Trait

Scientists are studying why some athletes with a sickle-cell mutation face a greater risk of sudden death.

Sickle Cell Trait Confusion: Is It Deliberate? Or Is This Ignorance?

I speak with authority as one who was born into a Sickle Cell Disease home within a Sickle Cell Trait country. One in every 5 of us in southern Ghana including nurses, doctors, business men and women, judges, liars, thieves, university professors, Parliamentarians, athletes, crooks, footballers, Olympic Medallists, and boxers has the Sickle Cell Trait. In Northern Nigeria with a population of 90 million there are 30 Million Sickle Cell Traits.

African Americans with sickle cell trait - generally thought to be benign, unlike sickle cell disease - may still be at increased risk of kidney disease, a new study suggests.

Although being involved in sports poses some risk, those carrying the sickle cell trait are often able to participate with proper education and precautions.

The National Athletic Trainers’ Association has created an infographic handout on sickle cell and athletes.

Sickle cell trait has long been considered a benign condition but continues to be the leading cause of death in young African Americans in military basic training and civilian organized sports. There continues to be a great deal of controversy surrounding sickle cell trait and its association with exercise-related morbidity and sudden death.

Sickle Cell Trait: What You Need to Know

The health implications, good and bad, of sickle cell trait

But there is more to this story – let’s begin with the positives. Under certain circumstances, being a carrier for sickle cell can also be a positive advantage. This is because the mutation provides a major degree of protection against malaria. As a result, carrier rates for sickle cell have reached very high levels in populations regularly exposed to this devastating disease.

The As One Foundation

The As One Foundation, established in 2007 as a non-profit 501(c)(3) organization provides sickle cell trait education presentations and free testing to prevent adverse health effects and even death due to sickle cell trait in young athletes, a.k.a. exertional sickling.

At TS3 FOUNDATION we’re raising funds and promoting initiatives to serve the people who need them most. We believe in taking action with urgency in order to raise public awareness about sickle cell trait issues facing today’s society. Please join us by supporting our efforts to make a measurable difference in the lives of others.

Sickle cell trait is found in 1 in 4 West Africans and 1 in 10 Afro-Caribbeans, and is also found in people who originate from the Mediterranean, Asia and the Middle East. It is less common in white European’s, although with the ever growing diversity of the population this will change.

Some people with SCT have been shown to be more likely than those without SCT to experience heat stroke and muscle breakdown when doing intense exercise, such as competitive sports or military training under unfavorable temperatures( very high or low) or conditions. Studies have shown that the chance of this problem can be reduced by avoiding dehydration and getting too hot during training.