Where in health am I? : Home / Health Cloud / Challenges / Infections / Bacteria / Staphylococcus 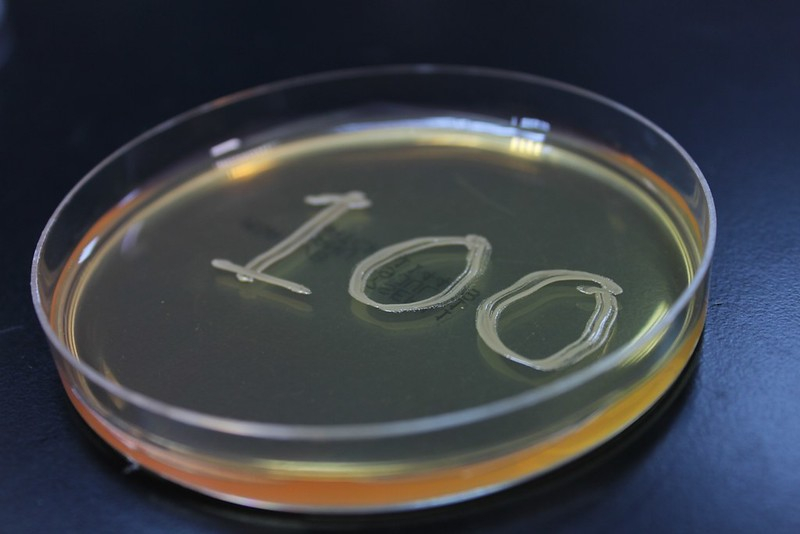 image by: University of Western Australia

A Medieval Recipe Could Kill Hospital Superbugs. No, Really

Staph infections are one of the most pervasive and annoying bacterial infections faced by hospitals every year. It infects half a million people in the US every year, with symptoms ranging from skin infections to heart problems — and worse, some strains (commonly known as MRSA) have evolved to resist common antibiotics.

As it turns out, medieval communities also faced staph — in particular, with staph causing eye sores called styes. Our ancestors had an old-timey cure, too, written in Old English in Bald's Leechbook:

When the skin’s bacteria are in balance, protective strains guard against problem strains such as Staphylococcus aureus (yellow), which is associated with eczema and other disorders.

Football, like any sport with frequent skin-to-skin contact, continues to be a breeding ground for the disease. Professional football players are seven to 10 times more likely than the general public to have MRSA bacteria on their skin, according to Duke University researchers.

Extreme Hygiene: Infectious Germs Are Bulking Up at the Gym

Everyone knows how important it is to get regular exercise, and for many that takes place at their local gyms. But just a friendly reminder for all you gym rats: Health clubs and gyms are known to harbor a host of contagious germs, and people who frequent them are at a greater risk for contracting infections that range from mild (but annoying) to more serious.

Golden staph: the deadly bug that wreaks havoc in hospitals

The disturbing truth is that a Staph aureus bloodstream infection has a 12-month death rate of between 20 and 35%, compared with 3-5% for a heart attack in hospital. Although antibiotic-resistant Staph aureus (MRSA) infections carry a slightly higher death rate, even the drug-sensitive Staphs are among the most potent of pathogens.

A common ingredient in antibacterial soap can be found in some people's noses, and the presence of this ingredient could be promoting the colonization of Staph bacteria, according to a small new study in the journal mBio.

Staph Germs Hide Out In The Hidden Recesses Of Your Nose

Otherwise innocuous bacteria can cause deadly infections when people have surgery or fall ill. To prevent trouble, patients sometimes have their bodies scrubbed clean of Staphylococcus aureus. But it doesn't always work. That may because the germs thrive in upper recesses of the nose, far from the spots typically tested for staph bacteria, or where antibiotics are applied.

People can spread staph to other swimmers but also to other parts of their own bodies. Staphylococcus epidemidis resides on the skin and rarely causes infection, but about 30 to 35 percent of people, he says, carry the aureus variety in mucus membranes and elsewhere on the body. "We're colonized," he says.

Staph vs MRSA – What’s the Difference?

The differences between MRSA versus Staph are significant when it comes to antibiotics and infection control.

Scientists have finally found an answer to one of the great mysteries about the most deadly bacteria, Staphylococcus aureus — why it attacks primarily humans and not animals. And they now have an idea of why some humans are particularly susceptible to these bacteria...

The Case of Sepsis And The Swarming Staph

Researchers have found how Staphylococcus aureus may spread in the body.

Why Some Women Are Giving Up Tampons For Good

Others ditch tampons over concerns about toxic shock syndrome, a rare but serious disease that can occur when the bacteria Staphylococcus aureus become concentrated in the body and that has in the past been linked to tampons.

A Medieval Recipe Could Kill Hospital Superbugs. No, Really

Staph infections are one of the most pervasive and annoying bacterial infections faced by hospitals every year. It infects half a million people in the US every year, with symptoms ranging from skin infections to heart problems — and worse, some strains (commonly known as MRSA) have evolved to resist common antibiotics.

Whether you have Staph or MRSA (Methicillin-resistant Staphylococcus aureus) or just looking for answers to questions, you have come to the right place for more education on this topic.

Impetigo is contagious. It can spread to anyone who comes into contact with infected skin or other items (such as clothing, towels, and bed linens) that have been touched by infected skin. And because impetigo may itch, kids can spread the infection by scratching it and then touching other parts of their body.

MRSA should be a top political priority in the United States and globally - Jeanine Thomas, founder, MRSA Survivors Network

Children with severe SSSS (>50% body surface area) may need to be transferred to a tertiary paediatric burn unit for multidisciplinary care in an intensive care environment.

Toxic shock syndrome is a severe illness associated with group A Streptococcus (GAS or Streptococcus pyogenes); this bacterium produces a toxin termed TSS toxin-1 (TSST-1). TSS was first described in 1978 in children, but subsequent reports identified TSS outbreaks in women and were associated with tampon use.

Staphylococcus can cause food poisoning when a food handler contaminates food and then the food is not properly refrigerated. Other sources of food contamination include the equipment and surfaces on which food is prepared. These bacteria multiply quickly at room temperature to produce a toxin that causes illness. Staphylococcus is killed by cooking and pasteurization.

The choice of an agent should be based on local antimicrobial sensitivities, site of infection, cost, and comorbid conditions.

The staph family of bacteria has more than 30 species, which can cause different kinds of illnesses. For example, one kind of staph can cause urinary tract infections. But most staph infections are caused by the species Staphylococcus aureus (S. aureus). S. aureus most commonly causes skin infections like folliculitis, boils, impetigo, and cellulitis that are limited to a small area of a person's skin. S. aureus can also release toxins (poisons) that may lead to illnesses like food poisoning or toxic shock syndrome.

Staph infections may cause disease due to direct infection or due to the production of toxins by the bacteria. Boils, impetigo, food poisoning, cellulitis, and toxic shock syndrome are all examples of diseases that can be caused by Staphylococcus.