Where in health am I? : Home / Health Cloud / Challenges / Infections / Botulism

Latin for “sausage disease,” Botulism can unquestionably bring out the wurst in people - Giant Microbes 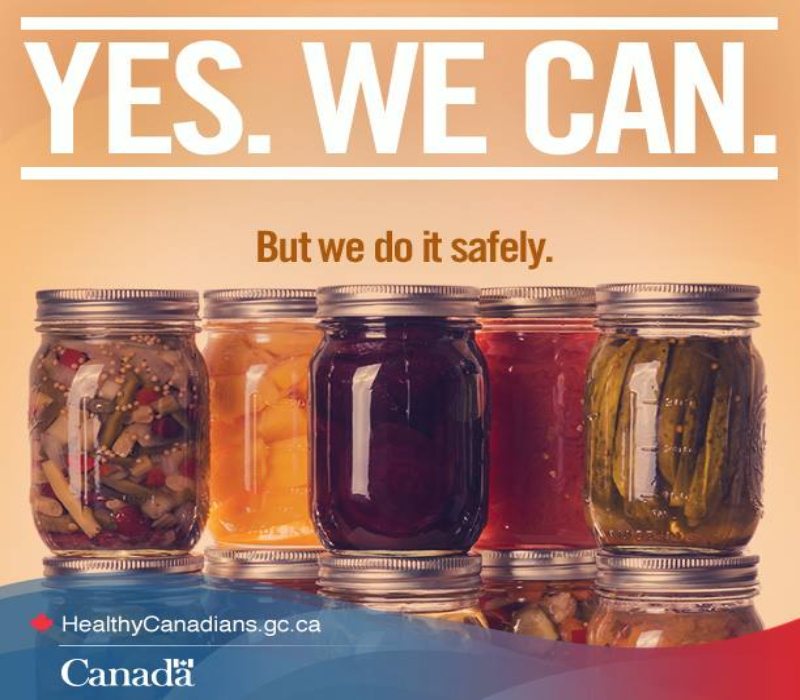 My seventh-grade science teacher repeated two facts so often that they are still crystal clear in my memory. The first was the definition of osmosis: “the passing of a substance from a lesser concentration to a greater concentration through a semi-permeable membrane.” The other was this: dented canned food can poison you with botulism, the deadliest toxin on the planet.

Why these two facts seemed among the most important things to teach 12-year-olds in the 1990s is not exactly clear, but it stands to reason that at least the latter fact came from inherited wisdom. This middle-aged teacher in Arkansas had likely heard about botulism in canned food from his own mother and grandmother,…

What is botulism, anyway?

Botulinum toxin is one of the most potent poisons on Earth—less than a millionth of a gram in your bloodstream would kill you—and is perhaps also the most lucrative. It generates over $3 billion in revenue every year for the pharmaceutical industry, where it goes by the name botox.

Foodborne Botulism Can Be Deadly, But It's Usually Preventable

The most common form of botulism is infant botulism, which happens when spores of bacteria get into a baby’s intestines. Infant botulism tends to afflict babies between 2-to-8 months old who are exposed to spores of bacteria from raw honey or contaminated soil. Wound botulism, anther common form of the illness, is most often associated with black tar heroin users and develops when bacteria spores enter an open cut, multiply and produce the toxin that causes botulism. Wound botulism is also associated with traumatic injuries and surgery. Though dangerous, botulism is uncommon. Foordborne botulism typically occurs from unsafe home-canning methods, such as failing to use a pressure canner for some foods or ignoring spoilage signs, according to the CDC. Low-acid foods, such as green beans, corn and beets, as well as fermented seafood, are common foodborne botulism culprits.

How Not to Die of Botulism

Highly-poisonous botulinum toxin (the stuff in Botox), played a formidable role in the history of food and warfare. It is still a factor in prison-brewed alcohol and some canned foods, and can quickly kill a person.

And You Thought Botulism Was a Bad Thing?

Most of us first heard of the botulinum toxin being used to treat wrinkles. We knew it was a form of botulism, but we didn't care - it temporarily turned back the clock (or cloak if you will) of time. Botox may make you pretty but can it make you healthier?

One of the world’s leading suppliers of dairy products said Saturday that a type of bacteria that could cause botulism had been found in tests of ingredients the company sells for use in infant formula and sports drinks, leading New Zealand officials to urge a recall.

What if there were a food whose consumption carried a predictable risk of contracting a fatal illness? What if consumption of that food were so deeply embedded in a culture that there was no chance of stopping people from eating it? That's not a hypothetical. It's the dilemma facing Arctic indigenous communities and health authorities over the risk of botulism from traditional foods — raw fish, whale, seal, walrus or beaver — that are "cured" by being wrapped, buried and left to rot.

Explainer: the good, the bad and the ugly of botulinum toxin

Botulinum toxin is not only used in the cosmetic industry; it has many medical uses from the treatment of severe muscle spasms to preventing excessive under-arm sweating. But the susceptibility of infants, especially, to botulinum poisoning and the ability of C. botulinum to form heat-resistant spores means that contaminated food sources pose a great risk to humans.

Horses and Humans, Bonded Through Botulism

Spirit aside, no adult horse with full-blown respiratory failure has yet been reported to beat botulism. Unlike in humans, in full-size equines, mechanical ventilation is simply too laborious, costly, and fraught with complications. On the other hand, what can make all the difference is a quick diagnosis along with the prompt infusion of antitoxin (the best commercial preparation currently available for horses covers types A through C) plus experienced supportive care.

During medical school we are introduced to many diseases, some sparking particular interest because of a personal connection (for example, a past beloved relative afflicted by leukemia) or a discovered thrill over how a certain disease presents. For me, botulism is a disease ripe with dramatic intrigue.

In solving the problem of botulism, an industry threatened with destruction instead came back with a set of practices that not only revolutionized canned food, but the entire relationship between science, government, and the food industry in America today. In this early phase, the canners were as much a player in policing themselves as were external regulators.

Botulism is a rare but serious paralytic illness caused by a nerve toxin that is produced by the bacterium Clostridium botulinum and sometimes by strains of Clostridium butyricum and Clostridium baratii. There are five main kinds of botulism.

Botulism is a rare but serious illness caused by toxins released by bacteria called Clostridium botulinum. These toxins are among the most lethal substances known to man, according to the World Health Organization. Even a small amount can be deadly. Fortunately, infection from this type of bacteria is rare.

The way in which the condition is treated depends on the type of botulism you have, but treatment will usually involve neutralising the toxins with injections of special antibodies while the functions of the body (such as breathing) are supported.

Early symptoms are marked fatigue, weakness and vertigo, usually followed by blurred vision, dry mouth and difficulty in swallowing and speaking. Vomiting, diarrhoea, constipation and abdominal swelling may also occur. The disease can progress to weakness in the neck and arms, after which the respiratory muscles and muscles of the lower body are affected. The paralysis may make breathing difficult. There is no fever and no loss of consciousness. The symptoms are not caused by the bacterium itself, but by the toxin produced by the bacterium.