Where in health am I? : Home / Health Cloud / Challenges / Infections / Common Cold / Adenovirus 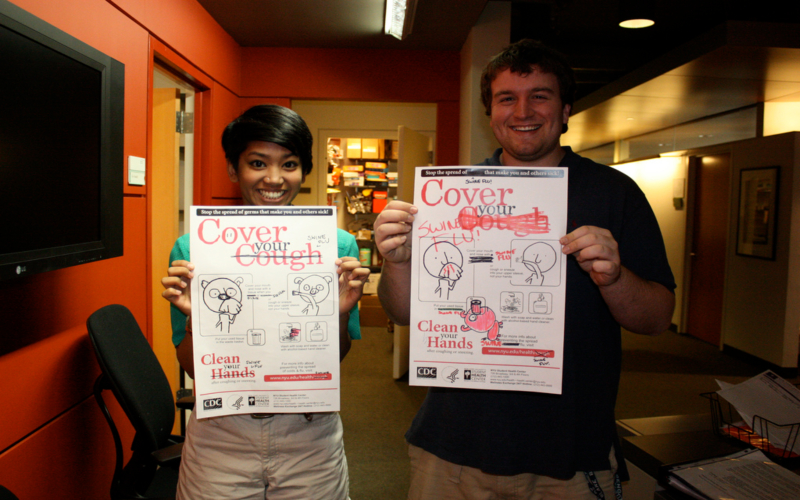 Hacked off by the adenovirus

Every year, thousands of people in the UK get a bout of cold, (which is not the same as influenza), but can still leave you feeling unwell for 7-10 days... In fact, I have only just recovered from the virus myself after three weeks feeling dreadful.

One of the key characteristics of the infection is that it appears to cause a hacking cough. Although it is too early to say for sure, I suspect that the bug that’s causing the problems is an adenovirus – not the more common rhinovirus which usually causes colds. (There are over 200 strains of the cold but the rhinovirus causes around 35 per cent of cases.)

If there was a Richter scale for common cold viruses, adenovirus would…

Adenovirus killed a college student. There's a vaccine, but she couldn't get it

Needle-free vaccines protect military recruits from adenovirus and they are highly effective. But civilians cannot get them.

Adenovirus is normally harmless—here's why some outbreaks turn deadly

A mild infection with an adenovirus will likely cause more cold-like symptoms, but sometimes the infection is more severe, causing issues more similar to the flu, such as a fever and body aches. There are other strains of the adenovirus—52 in total—that cause gastrointestinal illnesses as well as ones that cause conjunctivitis, or pink eye.

If it's not the flu, you might be sick because of this virus

Another family of viruses, known as adenoviruses, often mimic the common seasonal sickness. Though they are similar, there are differences between the two. Adenoviruses, unlike the flu, are not seasonal and can cause illness throughout the year. And while an adenovirus vaccine exists, it's available only to military recruits."Most of the time, adenoviruses produce influenza-like illness with cough and runny nose and feeling crummy, but you get better," said Dr. William Schaffner, an infectious disease specialist at Vanderbilt University. "But they can also cause conjunctivitis and, particularly in children, diarrhea."

While there is no vaccine available to the general public, an adenovirus vaccine was developed and approved for use in the U.S. military after adenovirus outbreaks including strain 7 illness infected recruits in the 1950s and 1960s.

What Is Adenovirus, The Virus That Has Left 7 Kids Dead

It is somewhat fitting that the pronunciation of adenovirus sounds a little like "I don't know" virus. After all, how well do you know the virus that has now infected at least 18 kids and unfortunately left 6 dead at the Wanaque Center for Nursing and Rehabilitation, according to the New Jersey Department of Health?

Adenovirus Doesn't Usually Kill, So Why Did 7 Kids Die from the Virus in New Jersey?

A vaccine against adenovirus strains 4 and 7 is approved by the U.S. Food and Drug Administration, but it is available only for members of the military. However, some medical professionals think the vaccine should be considered for use in a broader population, Adalja said. The current outbreak "underscores the need to think about the fact that, maybe there are other groups that would benefit from adenovirus vaccination," Adalja told Live Science. Studies would be needed in other high risks groups to see if the vaccine benefits them, he said.

New Human Adenovirus May Not Make for Good Vaccines, After All

In recent years, scientists have studied the possibility of using engineered human adenoviruses as vaccines against diseases such as HIV, tuberculosis, and malaria. In this approach, adenoviruses, which commonly cause respiratory-tract infections, are rendered relatively harmless before they are used as vectors to deliver genes from pathogens, which in turn stimulate the body to generate a protective immune response.

What the Heck Is an Adenovirus and How Worried Should You Actually Be?

Adenoviruses are particularly sneaky. They look like the flu, they act like the flu, but they're not the flu. They can, however, be fatal, warns a recent CDC report, published in Emerging Infectious Diseases. Although adenoviruses have been identified in humans since the 1950s, the new report suggests they may be causing more flulike illnesses than we previously realized.

Hacked off by the adenovirus

One of the key characteristics of the infection is that it appears to cause a hacking cough.

Adenoviruses rarely cause serious illness or death. However, infants and people with weakened immune systems, or existing respiratory or cardiac disease, are at higher risk of developing severe illness from an adenovirus infection.

Most parents haven’t heard of adenovirus, but most children get it several times – especially in the first 2 years of life.

Other symptoms are much like a common cold: fever, runny nose, cough, swollen glands, and sore throat. It can cause wheezing in infants and croup (yes, we're seeing those now too). Sometimes vomiting and diarrhea are due to adenovirus - and right now we are blaming all the stomach problems on the new Sydney Norovirus, but it could be something more typical too.