Where in health am I? : Home / Health Cloud / Challenges / Infections / Dental

Faced with the choice of enduring a bad toothache or going to the dentist, we generally tried to ride out the bad tooth - Joseph Barbera 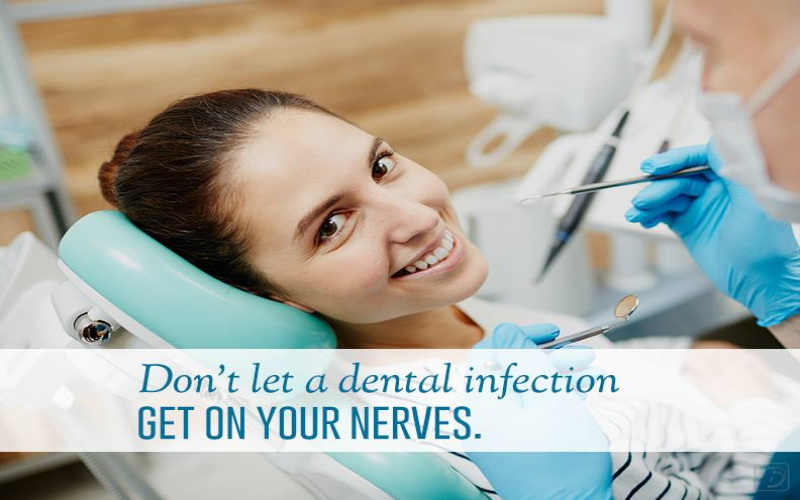 The idea that tooth decay can be life threatening may seem absurd at first, but there's evidence to suggest that what goes on inside your mouth may have far-reaching implications for your whole body health. One of the most widely believed connections is that between poor oral health and heart disease. This long acknowledged potential relationship was further cemented by a 2015 study published in the Journal of Periodontology, which found a solid link between less than stellar oral hygiene and hypertension (high blood pressure), itself a well-known risk factor for cardiovascular disease (CVD). CVD is the leading cause of death in the U.S.

There are a couple of theories that may explain why there's a link between heart disease and gum disease. In one, oral bacteria get into the bloodstream through sores in bleeding gums and attach themselves to the fatty plaques lining the blood vessels in the heart. Once there, they obstruct blood flow, which can lead to a heart attack. In another theory, arterial inflammation caused by periodontal bacteria restricts blood flow, eventually causing a heart attack. The 2015 Journal of Periodontology study suggests that inflammation and blood pressure elevation could be the connection between periodontitis and potentially heart disease-inducing hypertension.

Although there's no definitive proof yet that poor oral health causes heart disease, it does seem to be a risk factor, lending support to the possibility that the mouth and body connection plays a much larger role in human health and wellness than we've suspected until now, including quality of life issues and longevity. However, research has yet to establish with rock-solid certainty that treatment of periodontal disease will lower risk of cardiovascular disease.

Poor oral health has also been associated with other diseases like stroke, dementia, rheumatoid arthritis, some cancers, diabetes, respiratory infection, pregnancy problems, kidney disease and even erectile dysfunction! In most scenarios, the thinking is that bacteria from infected teeth gets into a patient's bloodstream and causes harm. If that last disease risk doesn't get men to floss, nothing will!

An infection of the root tip of a tooth increases the risk of coronary artery disease, even if the infection is symptomless.

Ever since the first dental school was founded in the United States in 1840, dentistry and medicine have been taught as — and viewed as — two separate professions. That artificial division is bad for the public’s health. It’s time to bring the mouth back into the body.

When people go to the dentist, they generally expect to leave in better health than when they walked in. But the water that dentists use to rinse teeth sometimes carries infectious bacteria.

Can Your Toothbrush Make You Sick?

Not from a cold you already had.

Family physicians commonly encounter patients with dental infections, such as dental caries and periodontal disease. Dental caries is caused by bacteria that destroy the enamel and dentin; it can be detected by an oral examination that shows stained pits or fissures on the tooth surface. Use of fluoride is the most effective prevention measure for dental caries.

An analysis reveals that of the 1,667 dental practices inspected by the CQC last year, 189 were found to not be following Department of Health instructions on how to clean instruments and surgeries. Some 8,100 dentists are registered in England.

Women who develop severe mouth infections and suffer from bleeding gums when they are pregnant have a greater chance of delivering their babies preterm if they don’t treat the infection.

Studies have shown that dental problems account for hundreds of thousands of emergency room visits each year. The new analysis, published in the September issue of the Journal of Endodontics, focused on patients who had to be hospitalized because of an infection of the tip of the tooth’s root, called a periapical abscess. It is a common consequence of untreated tooth decay, and it can be dangerous if it spreads.

Recently, it has been recognized that oral infection, especially periodontitis, may affect the course and pathogenesis of a number of systemic diseases, such as cardiovascular disease, bacterial pneumonia, diabetes mellitus, and low birth weight.

In 2005, a review by the respected Cochrane Collaboration said the number of extractions could be reduced by 60 percent if they were done only when patients were in pain or developed a condition related to wisdom teeth. The group also said there is “reliable evidence” that suggests that removing wisdom teeth does not prevent or reduce crowding of front teeth.

Can tooth infections lead to death?

The idea that tooth decay can be life threatening may seem absurd at first, but there's evidence to suggest that what goes on inside your mouth may have far-reaching implications for your whole body health.

Dental infections are infections that originate at the tooth or its supporting structures and can spread to the surrounding tissue. Dental infections have always been common and were one of the leading causes of death hundreds of years ago.

Common symptoms of a dental abscess include swelling, pain when chewing, a constant toothache or a dull, constant throb associated with the tooth.

Summary of conditions that develop from dental caries or trauma including various types of inflammation and infection.