It may not be as common as it used to be, but you still can’t afford to miss it - Mariah Bellinger MD 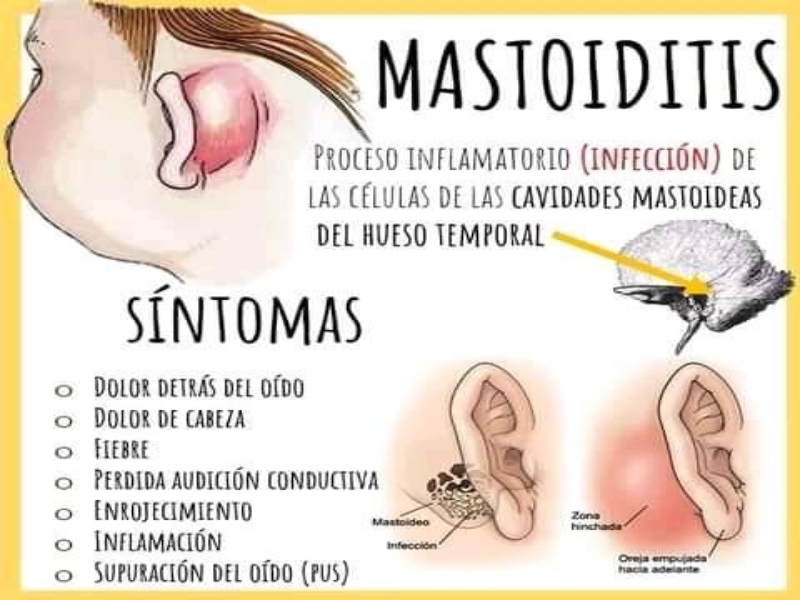 You have probably heard the advice “trust your gut” – as a mom, you’re supposed to have a special intuition, a feeling, about what’s best for your kid. Except often times, you don’t. Or at least, I don’t. There’s so much information out there are so many opinions that it’s hard to let your gut guide you. Honestly, I don’t live based on my intuition all the time – I like to think it’s a healthy mix between a feeling and some good ol’ fashioned research and logic...

On Christmas morning, my 4-year-old daughter woke up with a high fever and complaining her ear hurt. So much so that she didn’t open a single gift, not a stocking, nothing. She didn’t even care that Santa had come and he had eaten the cookies or there was a literally a roller coaster in her living room. Nothing. That’s when you know a kid is sick. We got her in to her Pediatrician (whom I love and trust completely) the next day, who confirmed she had an ear infection and started her on Augmentin, totally standard antibiotic. She still wasn’t feeling better by Wednesday – spiking high fevers and just feeling generally yucky and super uncomfortable. The Ped ordered a chest x-ray to rule out pneumonia – results were negative. When girlfriend was still feeling bad on Thursday, I took her back to the office. The Ped checked out her ear and said it looked clear but prescribed her a different antibiotic to treat whatever else was going on.

That evening, my husband gave Q a shower and noticed that the back of her ear was red, puffy and tender. Thankfully, he mentioned it to me. I am not usually a Google-mom, I’m not super alarmist, and I’m generally optimistic about my kids’ health because I have no reason not to be. But I Googled it: “ear infection with redness behind ear”. The second I read the result I knew it’s what she had: mastoiditis.

She woke up on Friday morning feeling better than she had in days; low grade fever, joking and playing more. But something told me – my mom gut – that I needed to get her in to the doctor, that day, before the holiday weekend. I called the pediatrician ready to feel like an idiot; of course she couldn’t have mastoiditis, it’s so rare! Literally a 0.004% chance… Diagnoses from the internet are never right. Right? My pediatrician got me in right away. I called my mother-in-law before I left the house to meet me at the doctor’s office because I had a feeling she would need to take my little guy from the office because we wouldn’t be heading home. Mom gut.

The doctor took one look at the back of her ear and confirmed my suspicion: mastoiditis. She called the Pediatric ENT at the hospital down the street and he told us to come right away, no eating or drinking for my girl, and to head straight to the ER. Friday is kind of a blur – ER, CT scan to confirm the mastoid bone had fluid in it, meeting with the surgeon and then sending our girl into the OR 20 minutes later. Holding my breath in the surgery waiting area with dozens of other anxious parents, kids and loved ones, staring at an electronic board and waiting for the status to change to “surgery complete”. Seeing her after surgery on her way to the MRI, lifeless under the sedation. Waiting more for the MRI to be done and meeting her groggy little body in recovery to wait her her to wake up.

The surgeon inserted a tube into her middle ear, a super common procedure for kids with frequent ear infections to allow for better drainage. He also performed a mastoidectomy, where he created a hole through which the infected fluid could drain from the mastoid bone. My gal has stitches and a puffy ear, but both will fade in the coming weeks.

We’re still in the hospital because the protocol is 7 days of IV antibiotics – strong ones – after a bacterial infection that affects the bone like she had. Her mastoid bone was deteriorating and the infection was heading deeper towards her brain; it simply had nowhere else to go and no way to drain. The surgeon told us he does 2-3 of these surgeries each year and remembers each one because they are so rare.

Since the surgery, there’s been no fever, her markers of infection (inflammation and white blood cell count) have decreased, and her overall demeanor is back to normal. I’m so thankful I trusted myself, my intuition, my mom gut and made the call that morning instead of waiting it out at the risk of sounding overbearing or crazy. The what ifs are too scary to think about.

So just know that YOU are the one who knows your child best; if you feel like they aren’t right or aren’t getting well, don’t be afraid to call your doctor or speak up. Don’t worry about sounding crazy. You are your child’s best advocate.

When Is Fluid in the Mastoid Cells a Worrisome Finding?

A diagnosis of “mastoiditis” on a radiologist’s report, even in a patient who otherwise appears well, can be alarming. Mastoiditis is an infamously morbid disease that is discussed frequently in medical textbooks as a complication of otitis media. An incidental finding of fluid in the mastoid air cells in an otherwise healthy individual can be approached like any case of otitis media, whereas fluid in the mastoid combined with destruction of surrounding bone in a seriously ill patient is a medical emergency. Mastoiditis is ultimately a clinical diagnosis.

What Are the Complications of Mastoiditis?

Mastoiditis is an inflammatory process of the mastoid air cells. The mastoid is contiguous with the middle ear cleft and therefore it is involved in most patients with acute otitis media. However, acute mastoiditis occurs when the infection spreads beyond the mucosa of the middle ear cleft, there is osteitis in the air-cell system, or there is mastoid process periostitis. These are usually caused by direct bony erosion or through the emissary vein of the mastoid indirectly. In the pre-antibiotic era, mastoiditis was a common and feared complication of otitis media in up to 20% of all cases.

Cerebral Sinus Venous Thrombosis in the Setting of Acute Mastoiditis

Infections involving the middle ear structures such as acute otitis and mastoiditis are infrequently complicated by thrombosis of the sigmoid and transverse sinuses, which are contiguous structures.

Contrast enhanced CT petrous bones and brain...presence of opaque air cells in the mastoid antrum does not warrant urgent intervention in the absence of other signs.

Acute Otomastoiditis and Its Complications

Acute otomastoiditis is usually due to an acute pyogenic bacterial infection of the mastoid air cells and most often is seen as a complication of acute suppurative otitis media. Less frequently, acute otomastoiditis is seen secondary to chronic diseases of the middle ear, including cholesteatoma. It is useful at the outset to determine whether there is associated causative pathology such as a nasopharyngeal mass obstructing the eustachian tube so that this possibility is not overlooked.

Is mastoiditis being over-diagnosed on computed tomography imaging? —radiological versus clinical findings

In summary, opacification of mastoid air cells on CT imaging is a non-specific finding seen in a range of otologic conditions from the common; OE, OM and in the rare; acute mastoiditis. Furthermore, there are a number of cases where this is a completely incidental finding. It is suggested from the analysis of available literature and the findings of this review that the radiological reporting of this finding would be better stated as “mastoid opacification for clinical correlation” if no bony erosion is seen.

The three most common organisms isolated are Strep Pneumoniae, nontypeable H. influenzae, and M. catarrhalis. Clinical features include fever and ear pain, with more specific features of erythema, edema, and tenderness of the mastoid area posterior to the auricle...

You have probably heard the advice “trust your gut” – as a mom, you’re supposed to have a special intuition, a feeling, about what’s best for your kid. Except often times, you don’t. Or at least, I don’t. There’s so much information out there are so many opinions that it’s hard to let your gut guide you. Honestly, I don’t live based on my intuition all the time – I like to think it’s a healthy mix between a feeling and some good ol’ fashioned research and logic.

Chronic mastoiditis is more difficult to diagnose because swelling slowly develops and ear pain is often not present. The trapped infection leads to severe complications because bone is slowly destroyed. The mastoid bone separates the ear from the brain. When bone erosion happens, chronic middle ear infections can spread causing meningitis or a brain abscess.

Severe mastoiditis is characterized by a swollen external auditory canal. Mild mastoiditis, may be silent, and only seen on imaging.

The tympanic cavity of the middle ear is in communication with the mastoid antrum via a small canal that runs through the petrous temporal bone. The mastoid air cells are related superiorly to the middle cranial fossa and posteriorly to the posterior cranial fossa. This means that suppuration in the mastoid may, rarely, spread to cause meningitis or a cerebral abscess. Other surrounding structures include the facial nerve canal, the sigmoid sinus and the lateral sinus.

With the advent of antibiotics, the development of acute mastoiditis and progression to dangerous sequela is unlikely. However, if left untreated, mastoiditis can result in life-threatening sequela, including meningitis, intracranial abscess, and venous sinus thrombosis.