Where in health am I? : Home / Health Cloud / Challenges / Infections / ENT 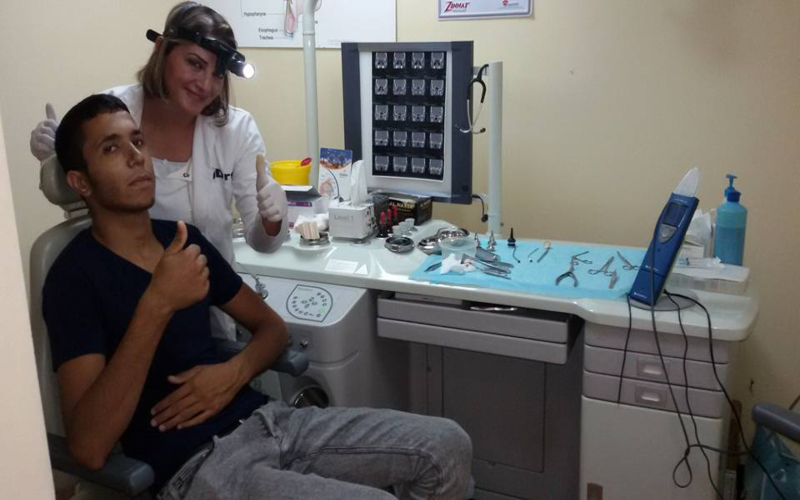 It’s not just your imagination. When something affects your ear, sometimes you find that it also affects your nose and throat, and vice versa.

Because the ear, nose, and throat are so intricately connected, they are able to function as one unit, with the pieces making up and supporting the whole. The downside is the sort of the same: because they’re so intricately connected, a disturbance in one can cause a problem in or for the other. The ear, nose, and throat are part of the upper respiratory system and they share the same mucous membranes. For instance, it’s rare that you may have ear problems without also experiencing problems in your nose or throat – which is why they seem to be affected by the same ailments – infections, swelling, dripping and congestion. Whether it’s ear pressure and pain, post nasal drip or strep throat, the ear, nose and throat love to share.

It’s all about the structure.

The canals and pathways that connect the ear, nose and throat make it easy for viruses and bacteria to move between the three.

1. The ear has three parts: the outer ear, the middle ear, and inner ear. The middle ear is connected to the top of the back of the throat by the Eustachian tube which is lined with mucous, just like the inside of the nose and throat. The Eustachian tube includes the tiny bones through which sound travels to the ear.

2. The nose is divided into two parts, the visible part called the anterior and the back part called the posterior. The back, or inside part of the nose leads directly into the throat.

3. The throat is comprised of three parts; the nasopharynx, located behind the nose, the oropharynx behind the mouth, and the laryngopharynx where the voice box is housed.

4. The entire system is surrounded by a system of hollow cavities in the skull called the sinuses. The sinuses are about an inch across and are located in the cheekbones, the center of the forehead, between the eyes and in the nose.

This interconnected ENT system helps us to breathe, smell and taste and plays a defining role in our looks.

It often seems like bacterial infections and childhood go together like peanut butter and jelly (or wine and cheese if you’re the more cultured type). In most cases your child’s ear, nose and throat infection will be treated with antibiotics – but before you commit, it’s important to understand that your decision could affect your child’s long-term recovery.

A Dangerous, ‘Silent Reservoir’ for Gonorrhea: The Throat

The human throat houses billions of bacteria, most of them harmless. But one species is becoming more common, and it is anything but benign. Drug-resistant gonorrhea has been on the rise for years; the World Health Organization has reported an increase in more than 50 countries. Now scientists say the epidemic is being driven by a particular mode of transmission: oral sex.

This article discusses three common pediatric ENT infections, pharyngitis, otitis media, and sinusitis, and discusses the typical and atypical clinical manifestations of these infections, as well as their diagnostic and therapeutic choices. It also highlights complications that may be life threatening — instances in which rapid recognition and therapy in the emergency setting are mandatory.

Infections and foreign bodies in ENT

Infections play a major role in the practice of ENT. Microbial penetration into tissues of the head and neck can initiate a focal reaction causing superficial self-resolving infections. However, some of these have the potential to develop into life-threatening disease. We provide an overview of the most common ENT infections with focus on the presentation, diagnosis and management.

Any part of the ears, nose and throat can be affected by many of the same viruses and bacteria. However, certain types of infection are more likely to happen in different areas and the symptoms can also be a little bit different, depending on exactly where the infection is located.

The Interconnected World of the Ear, Nose, and Throat

It’s not just your imagination. When something affects your ear, sometimes you find that it also affects your nose and throat, and vice versa.

There are several Chronic Ear Nose and Throat (ENT) disorders, and with the interconnection between these three areas, it is difficult to diagnose what infection you have based on symptoms alone. What makes an infection of the ear nose and throat (ENT) Hard to diagnose? For chronic infections of the ENT, symptoms may overlap causing several infections in multiple areas. What are chronic Infections? Chronic infections are those that occur repeatedly over time, especially in the fall and winter seasons. During these seasons, people are spending more time indoors and in groups. The increased number of germs and people in close contact makes it easier for these germs to spread.

ENT news brought to you by Fauquier ENT of Virginia.