Where in health am I? : Home / Health Cloud / Challenges / Infections / ENT / Tonsillitis

The fact is that tonsillitis affects more than just children — and surgery is not (!) always the best course of treatment - Dr. Axe 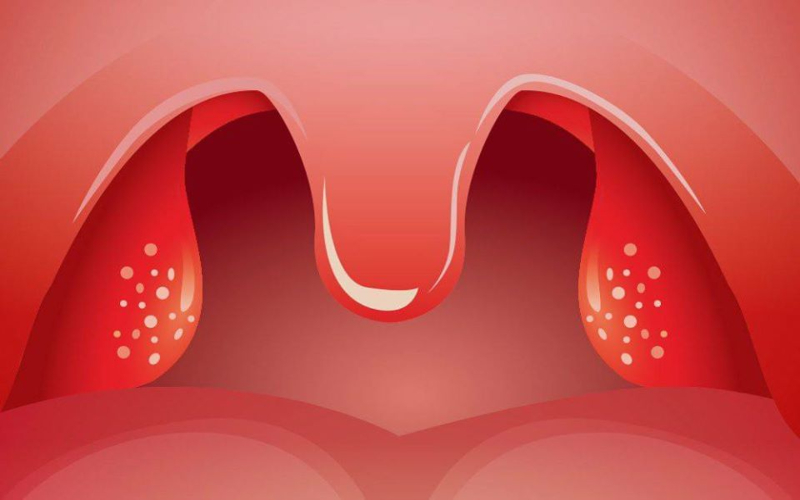 4 Ways to Get Rid of Tonsillitis

They’re responsible for tackling threatening pathogens soon after they enter the body, stopping them from potentially traveling further into the body and causing infections. The production of germ-fighting antibodies is one of the most important roles for the tonsils, since these white blood cells attack bacteria that are…

"In the pre-1980s they were taken out all the time for very weak indications, like bed-wetting," he said. "Then in the '80s and '90s there was an overly conservative approach and many patients got long or multiple courses of antibiotics. "But we probably do way more of it now than we did in the '80s and '90s because of that concept that chronic antibiotic use is not a solution."

Histories of twentieth-century surgery have focused on surgical ‘firsts’ – dramatic tales of revolutionary procedures. The history of tonsillectomy is less glamorous, but more widespread, representing the experience and understanding of medicine for hundreds of children, parents and surgeons daily. At the start of the twentieth century, tonsillectomy was routine – performed on at least 80 000 schoolchildren each year in Britain. However, by the 1980s, public and professional discourse condemned the operation as a ‘dangerous fad’.

Turns out I had tonsillitis. Now, if you're anything like I was a fortnight ago, the mention of tonsillitis right there won't do anything for you. I mean, what is it anyway? A kiddywink illness? Bit of a sore throat? Pah. That's how people who've never had tonsillitis tend to think about it. I certainly did. Whereas now, I can confidently report that it's worse - far worse - than international terrorism and child abuse combined.

Tonsillitis and sore throat in childhood

Surgery of the tonsils is still one of the most frequent procedures during childhood. Diagnosis of acute tonsillitis is clinical, but sometimes it is hard to distinguish viral from bacterial infections.

Adult tonsillitis: Nothing to kid about

Infections can cause painful flare-ups that surgery can eliminate. But the procedure is a lot tougher on grown-ups than children, doctors warn.

How to Survive Tonsillitis

Although tonsillitis is most common in children, it can develop in anyone.

My child has tonsillitis. Will he need to have his tonsils removed?

Peritonsillar abscess remains the most common deep infection of the head and neck. The condition occurs primarily in young adults, most often during November to December and April to May, coinciding with the highest incidence of streptococcal pharyngitis and exudative tonsillitis.

The Conundrum of Swollen Tonsils and Adenoids

Though tonsils were removed frequently in earlier times the present scenario has changed because doctors believe that the positive role of tonsils in helping the owner for a lifetime cannot be ruled out (even though there is no proven evidence as of now). We also know that speech is the miracle brought about by the various oro-pharyngeal tissues modulating the laryngeal jet of air and therefore contributory role of these tissues to good voice cannot be ignored.

Tonsillitis and its Complications

Peritonsillar cellulitis and abscess are the most common deep infections of the head and neck in children. Inadequate treatment of these infections may have devastating consequences.

4 Ways to Get Rid of Tonsillitis

When most people think of tonsillitis, they envision a child with swollen glands and the necessity to get his or her tonsils removed. From there, it’s all visions of ice cream and jello and a reason to miss school while eating dessert for a meal. The fact is that tonsillitis affects more than just children — and surgery is not (!) always the best course of treatment.

A worrisome concern with using a 3.5 inch spinal needle for PTA drainage is advancing the needle too deeply and inadvertently puncturing the carotid artery. A trick to help prevent this is to use a protective guide. Trim the needle’s plastic sheath so that when replaced, only 1.5 cm of the needle tip is exposed. When using the needle to aspirate the abscess, the sheath prevents the needle from over-advancing beyond 1.5 cm.

This update reviews these tricks as well as some additional techniques for optimal success in draining a PTA, while avoiding the ultimate feared complication of puncturing the carotid artery.

This site was created by Itzhak Brook MD. It explains the diagnosis, etiology, medical and surgical (tonsillectomy) treatment and complications of tonsillitis ( tonsillar abscess, Lemierre's syndrome).

Common symptoms include fever, sore throat, and swollen lymph nodes, but the type of tonsillitis determines what symptoms may occur.

Tonsillitis/pharygnitis can be either bacterial or viral and it can be difficult to distinguish between the two. Pus on the tonsils does not mean it’s bacterial!

Treatment for tonsillitis depends on whether it is caused by a virus or by a bacteria like group A streptococcus bacteria. Doctors usually can't tell the difference just by looking at the tonsils, but can detect strep bacteria with a rapid strep test or a throat culture.

Because appropriate treatment for tonsillitis depends on the cause, it's important to get a prompt and accurate diagnosis. Surgery to remove tonsils, once a common procedure to treat tonsillitis, is usually performed only when tonsillitis occurs frequently, doesn't respond to other treatments or causes serious complications.

The tonsils and adenoids are thought to assist the body in its defense against incoming bacteria and viruses by helping the body form antibodies. However, this function may only be important during the first year of life. There is no evidence to support a significant role of the tonsils and adenoids in immunity. Medical studies have shown that children who have their tonsils and adenoids removed suffer no loss in their future immunity to disease or ability to ward off infections.

Swollen tonsils that are not painful or do not cause other problems do not need to be treated. Your health care provider may not give you antibiotics. You may be asked to come back for a checkup later. If tests show you do have strep, your doctor will give you antibiotics. It is important to finish all of your antibiotics as directed by your doctor, even if you feel better. If you do not take them all, the infection can return.

Most cases of tonsillitis are caused by a viral infection, such as the viruses that cause the common cold or flu virus (influenza). Some cases can also be caused by a bacterial infection, typically a strain of bacteria called group A streptococcus bacteria.