To the extent that we are all educated and informed, we will be more equipped to deal with the gut issues that tend to divide us - Caroline Kennedy 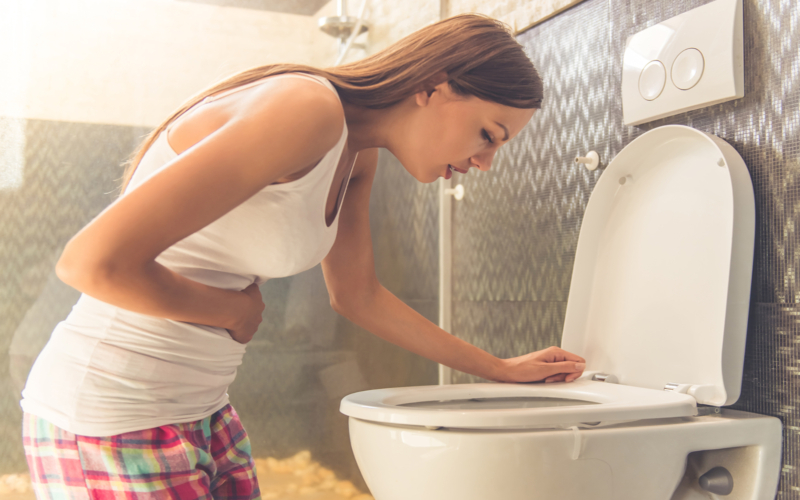 Explainer: what is gastroenteritis and why can’t I get rid of it?

We’ve all experienced the abdominal cramps and the urge to get to a toilet – quickly! When the stomach and intestinal tract become inflamed, our bodies respond with the sudden onset of diarrhoea, associated nausea and vomiting, abdominal cramping and pain.

Although infectious gastroenteritis usually resolves on its own, in some cases it can lead to severe consequences, chiefly through…

Health Check: how long are you contagious with gastro?

There’s no way you’d want to go to work when you’ve got the telltale signs of gastro: nausea, abdominal cramps, vomiting and diarrhoea. But what about when you’re feeling a bit better? When is it safe to be around colleagues, or send your kids to school or daycare? The health department recommends staying home from work or school for a minimum of 24 hours after you last vomited or had diarrhoea. But the question of how long someone is contagious after recovering from gastro is a very different question.

Inside Pedialyte’s journey from toddler flu remedy to hangover fix.

Probiotics no help to young kids with stomach virus

Children with stomach viruses increasingly are given probiotics to ease symptoms of vomiting and diarrhea. But a major U.S. study led by Washington University School of Medicine in St. Louis shows that a commonly used probiotic is not effective in improving symptoms in young patients with gastroenteritis.

There Is No Such Thing As The Stomach Flu

Usually caused by norovirus or rotavirus, the icky stomach illness has nothing to do with influenza, a severe upper respiratory infection caused by one of three classes of influenza virus. But that doesn’t prevent the viral spread of misinformation blurring the two distinct types of maladies together; a fallacy thought to have originated because children with influenza often regurgitate excess mucus.

Diarrhoea and Vomiting Caused by Gastroenteritis

When young children suddenly experience the onset of diarrhoea, with or without vomiting, infective gastroenteritis is by far the most common explanation. A range of enteric viruses, bacteria and protozoal pathogens may be responsible. Viral infections account for most cases in the developed world. Gastroenteritis is very common, with many infants and young children experiencing more than one episode in a year.

Do You Have a Stomach Bug, or Was It That Chicken Salad?

Have you been hit by a stomach virus? Or maybe it was food poisoning? It's good to know which it is, so you know whether or not you are contagious or if other people shouldn't eat the mystery meat in your fridge.

The number of people who are dying from illnesses that involve vomiting and diarrhea more than doubled between 1999 and 2007, and most of the increase was due to Clostridium difficile.

How to Prevent Nasty Stomach Bugs This Winter? More Bleach

It can survive on surfaces for days, is tricky to kill, and is the source of most stomach bugs in America. It’s norovirus, and we’re headed into prime season. Here’s how to beat it.

Norovirus gives 699 million people diarrhea every year. No one talks about it.

Until advances are made in better understanding the virus, a vaccine will remain elusive. But first, the authors urged, we need to get more serious about the threat of norovirus and invest more in solutions.

Swimming Can Be Infectious - How to Stay Healthy

For many, there is nothing quite like escaping the usual trials of daily activities and becoming one with the water. Unfortunately, the escape comes with its own challenges, namely that of infections

The Beach Is Great for Sun, Surf and...Germs

The small strip of soil between the water and the mainland has continually been a focus of public health as the risk to humans from the environment doubles. The threats not only come from the water, which is associated with gastrointestinal and skin diseases, but they also can come from the land itself from disease-carrying insects such as sand flies and fleas.

What to Blame for Your Stomach Bug? Not Always the Last Thing You Ate

Most food-borne illnesses are caused by viruses or bacteria, such as norovirus, Staphylococcus aureus, campylobacter, salmonella, E. coli and Bacillus cereus.

What To Eat When You Have Gastro

Gastro isn't something we like to talk about -- or experience, for that matter. The common infection can wipe us out for days, making eating, drinking or doing anything other than resting (or sitting by the toilet) a hard task. Along with diarrhoea, vomiting, stomach cramps and fever, gastroenteritis can result in dehydration, which can be dangerous if not treated. If you have gastro, follow these steps to help recovery.

Explainer: what is gastroenteritis and why can’t I get rid of it?

We’ve all experienced the abdominal cramps and the urge to get to a toilet – quickly! When the stomach and intestinal tract become inflamed, our bodies respond with the sudden onset of diarrhoea, associated nausea and vomiting, abdominal cramping and pain.

It is more serious in babies and young children than it is in adults because the diarrhea can cause dehydration. Diarrhea and vomiting can cause the loss of important fluids and minerals from the body (dehydration).

Almost everyone has had, or will have, what many people call stomach flu. The technical term for this is "gastroenteritis", which means irritation of the stomach and the intestines. Although it often goes away by itself in a couple of days (thus the term "24-hour flu"), it sometimes lasts longer -- and having it is a miserable experience for everyone concerned.

Tummy aches are an unpleasant part of childhood. They can be even less pleasant if accompanied by diarrhea or vomiting. Nevertheless, gastroenteritis is a part of everyone''s childhood.

The term stomach flu presumes a viral infection, even though there may be other causes of infection. Viral infections are the most common cause of gastroenteritis; but bacteria, parasites, and food-borne illnesses (such as from shellfish that has been contaminated by sewage or from consuming raw or undercooked shellfish from contaminated water) can also be the offending agents. Many people who experience vomiting and diarrhea that develops from these types of infections or irritations think they have "food poisoning," when they actually may have a food-borne illness.

Have you ever had the "stomach flu?" What you probably had was gastroenteritis - not a type of flu at all. Gastroenteritis is an inflammation of the lining of the intestines caused by a virus, bacteria or parasites. Viral gastroenteritis is the second most common illness in the U.S. The cause is often a norovirus infection. It spreads through contaminated food or water, and contact with an infected person. The best prevention is frequent hand washing.

Gastroenteritis is a common condition where the stomach and intestines become inflamed. It is usually caused by a viral or bacterial infection.

tummy upset for a day or two with mild diarrhoea, to severe diarrhoea and being sick (vomiting) for several days or longer. Many germs (viruses, bacteria and other microbes) can cause gastroenteritis. A virus is the most common cause of gastroenteritis.