Hepatitis A is one of the few foodborne or waterborne illnesses that can be prevented by vaccination - FoodSafety.gov 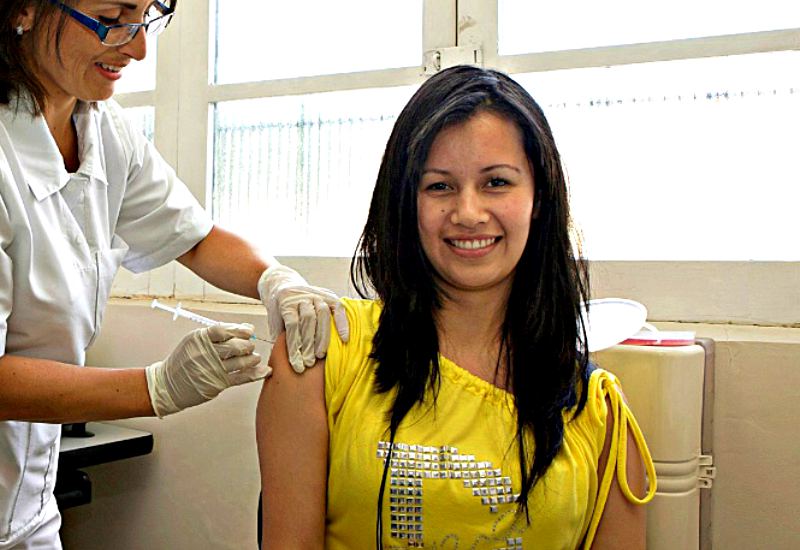 Hardly a month passes without a warning from a health department somewhere that an infected food handler is the source of yet another potential hepatitis A outbreak. Absent vaccinations of food handlers, combined with an effective and rigorous hand-washing policy, there will continue to be more hepatitis A outbreaks. It is time for health departments across the country to require vaccinations of food-service workers, especially those who serve the very young and the elderly.

FDA Approves New Drug For Hepatitis A And Measles Exposure

The company said in a news release that their formulation, GamaSTAN®, is the only immune globulin product available in the United States to protect against hepatitis A virus (HAV) and measles after exposure.

Hepatitis A Outbreaks Flare Up Across U.S.

What is hepatitis A and how can you get it from eating frozen fruit?

Although hepatitis A can cause significant illness, the body usually recovers without treatment and becomes immune to future infections. A highly effective hepatitis A vaccine has been available for decades, and once fully vaccinated (two vaccinations spaced at least six months apart), you’re protected for life.

Some outbreaks come from papayas. Others originate with puppies. The most worrisome happen because parents don’t vaccinate their children against easily preventable infections. But California’s hepatitis A outbreak isn’t like any of these—it’s spreading almost exclusively amongst homeless and drug abusing populations.

These eruptions of the disease aren’t spread by food, but instead by unsanitary conditions among the homeless and drug-using populations affected...“People lose track that this is not like your food-borne illness, where most of the people that are impacted have insurance and can go to the pharmacy,” Wooten said.

Hepatitis A outbreak highlights lack of public restrooms for homeless

It’s a public health risk that is “neither tolerable nor humane”.

The hepatitis A outbreak now roiling this well-heeled, coastal city may have had its roots in a baseball game — when the city cleaned up for the 2016 All-Star Game by pushing its homeless out of the touristy areas downtown and into increasingly congested encampments and narrow freeway onramps just east of downtown. The lines of tents stretched for blocks.

How Did a Hepatitis Virus Get Into Organic Berries?

Whether it's Hepatitis A in imported berries, listeria in imported cheese, or salmonella in imported papayas, our regulators have a lot more work to do to safeguard the food supply. Let's hope it won't take more illnesses to get them to take action.

How Do You Die from Hepatitis A?

But San Diego could have avoided its hepatitis A crisis — or at least ensured it didn’t get this bad — if its homeless residents had better access to housing and the city provided the services they need to stay healthy, activists and public health experts say. The problem isn’t limited to San Diego County, which has the fourth-largest homeless population in the U.S. Detroit, Salt Lake City, Santa Cruz, California, and areas of Colorado are also dealing with hepatitis A outbreaks.

Hepatitis A continues to be one of the most frequently reported, vaccine-preventable diseases in the U.S., despite FDA approval of hepatitis A vaccine in 1995.

To promote liver wellness and healthy lifestyles, and reduce the incidence of preventable diseases that affect the liver’s health including obesity, diabetes, fatty liver, high cholesterol, hepatitis and substance abuse.

Hepatitis A is one of the few foodborne or waterborne illnesses that can be prevented by vaccination. Vaccination is recommended for all children age 12 months and older, for travelers to certain countries, and for people at high risk for infection with the virus.

You're most likely to contract hepatitis A from contaminated food or water or from close contact with someone who's infected. Mild cases of hepatitis A don't require treatment, and most people who are infected recover completely with no permanent liver damage.

The hepatitis A vaccine can prevent HAV. Good hygiene can also help. Wash your hands thoroughly before preparing food, after using the toilet, or after changing a diaper. International travelers should be careful about drinking tap water.

Unlike hepatitis B and C, hepatitis A infection does not cause chronic liver disease and is rarely fatal, but it can cause debilitating symptoms and fulminant hepatitis (acute liver failure), which is associated with high mortality. Hepatitis A occurs sporadically and in epidemics worldwide, with a tendency for cyclic recurrences. Every year there are an estimated 1.4 million cases of hepatitis A worldwide.