Where in health am I? : Home / Health Cloud / Challenges / Infections / Mumps

As for me, I never study. In our abbey, we never study, for fear of the mumps - François Rabelais 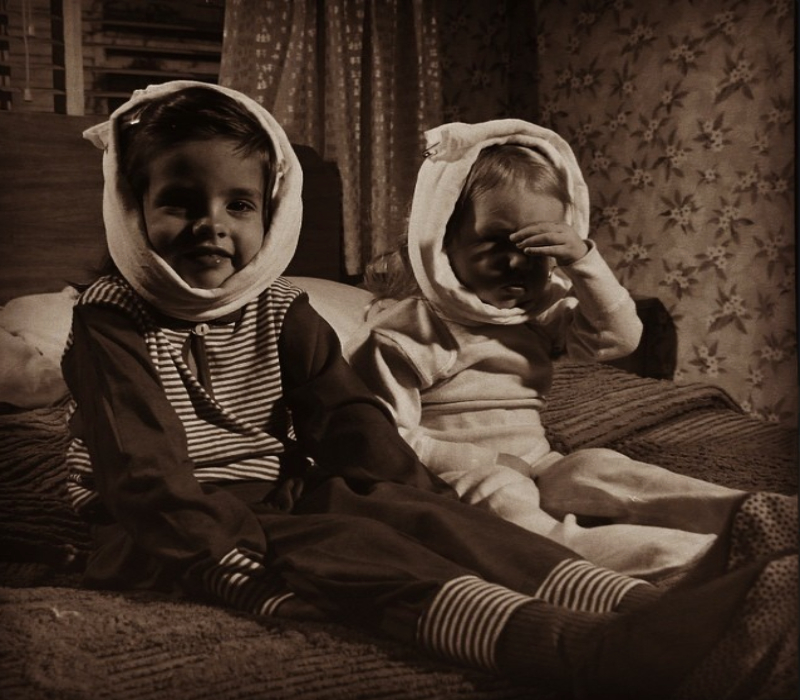 Oh college—those halcyon days of young love, bong hits, and communicable diseases. You know, because packing students into dorms and dining halls and frat parties is a great way to facilitate social interaction and spread viruses. At Harvard, a recent mumps out break has gotten more 40 students sick just a few weeks before commencement.

News of an outbreak of mumps, which infects salivary glands, has drawn antivaxxers like moths to a swollen red flame. They’ve seized on the fact that students sickened in Harvard’s outbreak were all vaccinated—supposed evidence that vaccines are full of lies.

It’s true the mumps vaccine isn’t the most effective, but that’s established fact,…

Mumps Vaccine Effectiveness Declines Over Time. But There's A Solution

The mumps vaccine doesn’t protect people as long as it needs to — only an average 27 years, according to a new study in Science Translational Medicine. But a booster dose at age 18 should be a straight-forward solution to the problem based on models of how mumps spreads.

Migrant Detention Centers Are Getting Slammed with Mumps and Chickenpox

Mumps Makes a Comeback, Even Among the Vaccinated

Mumps vaccine is now combined with measles and rubella vaccine in the M.M.R., given at ages 1 and 4. But the immunity wanes over time in some people, and with close contact, there can be sufficient exposure to sufficient quantities of virus to overcome the vaccines’ protection.

2014 was a Bad Year for Mumps, a Nearly Forgotten Virus

Teens and young adults are more vulnerable because the mumps vaccine's protection fades after a decade or two, says William Schaffner, an infectious disease expert at Vanderbilt University School of Medicine.

Mumps: What To Do After Thousands Of Cheerleaders May Have Been Exposed

Fortunately, most mumps cases eventually resolve without lasting damage. In less than 1% of all mumps cases, complications such as pancreatitis, deafness, or inflammation of the brain (meningitis and encephalitis) result. Death from mumps is very rare.

You could be forgiven if you thought mumps was no longer a problem in the U.S. That’s because for the past few decades, thanks to widespread use of a vaccine against this contagious virus, it wasn’t.

Although immediate protection is excellent, its capacity to protect wanes over time, for example, 10 to 15 years. So what happens is when you get to high school and particularly college age, many people in the population have waning immunity, such that if they encounter someone who’s excreting a lot of mumps virus, they’re likely to get infected.

Why Doctors Aren't Shocked That Mumps Have Hit the NHL

Past generations of professional hockey players were never at risk of mumps outbreaks. Today's players are, and tomorrow's will be, along with adults generally. These outbreaks -- which the media portray as coming out of the blue -- don't surprise anyone in medical circles who has been paying attention.

Why Mumps And Measles Can Spread Even When We're Vaccinated

If you want to eliminate the infection entirely from a community, a very high proportion of people have to be immunized. If children are left unvaccinated, measles will find them and make them sick. It's one of the most contagious diseases we have.

News of an outbreak of mumps, which infects salivary glands, has drawn antivaxxers like moths to a swollen red flame. They’ve seized on the fact that students sickened in Harvard’s outbreak were all vaccinated—supposed evidence that vaccines are full of lies. It’s true the mumps vaccine isn’t the most effective, but that’s established fact, not a scandal.

Information about the disease and vaccines.

Mumps is no longer very common in the United States, but outbreaks continue to occur. Outbreaks have most commonly occurred in places where people have had prolonged, close contact with a person who has mumps, such as attending the same class, playing on the same sports team, or living in the same dormitory with someone who has mumps.

The disease has been recognized for several centuries, and medical historians argue over whether the name "mumps" comes from an old word for "lump" or an old word for "mumble." Mumps was common until the mumps vaccine was licensed in 1967.

Medical historians believe that documentation of a clinical illness consistent with mumps dates back to Greco-Roman times. The first effective vaccine against mumps was introduced in 1948 and used from 1950-1978. Unfortunately, this vaccine strain had limited long-term immune memory effectiveness. The current strain used in the United States and worldwide provides over 80% long-term immunity.

Mumps will usually pass without causing serious damage to a person's health. Serious complications are rare. However, mumps can lead to viral meningitis if the virus moves into the outer layer of the brain. Other complications include swelling of the testicles in males or the ovaries in females (if the affected male or female has gone through puberty).

Mumps is mostly a mild childhood disease. It most often affects children between five and nine years old. But the mumps virus can infect adults as well. When it does, complications are more likely to be serious. As more children receive mumps vaccine, it is expected that cases will become more common in older children than in younger ones.