Where in health am I? : Home / Health Cloud / Challenges / Infections / Neglected Tropical Diseases

The efforts of WHO, researchers, partners, and the contributions of industry have changed the face of NTDs. These ancient diseases are now being brought to their knees with stunning speed - Dr. Margaret Chan, Director-General, WHO 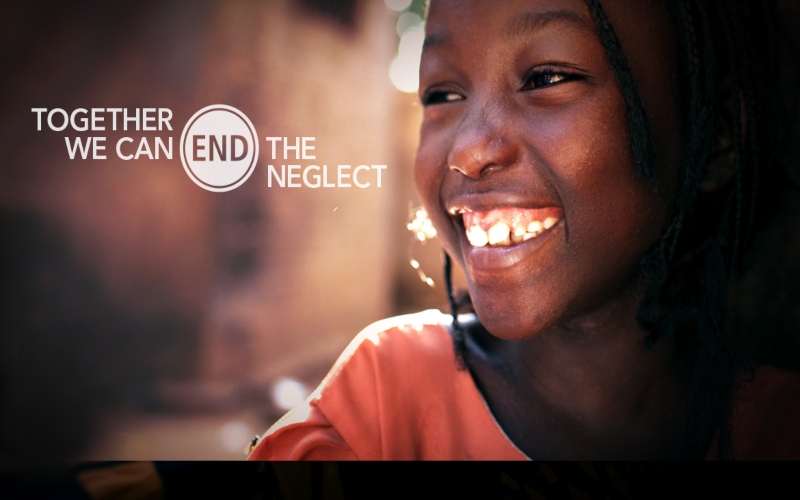 image by: The END Fund

Neglected tropical diseases are finally getting the attention they deserve

When you work in global health, you get to witness some of humankind’s greatest achievements. Together, the world has cut child deaths by more than half since 1990, we’re on the brink of eradicating polio, and we’re reaching more people than ever with lifesaving vaccines. Yet one of the most inspiring success stories is perhaps the one most overlooked: the global effort to eliminate neglected tropical diseases, or NTDs.

Much of the recent success stems from a meeting in London on Jan. 30, 2012 — five years ago today.

NTDs affect nearly 1.5 billion of the poorest and most marginalized people around the world. And while 500,000 people lose their lives to NTDs every…

Strides in medicine have contributed to a dramatic increase in life expectancy over the last century. Diseases like HIV and cervical cancer that were essentially death sentences as recently as 30 years ago can now be managed with access to prescription drugs and surgical procedures. Yet previously unknown or undiagnosed diseases and conditions continue to appear. And there are few to no effective treatments for many diseases and conditions. Especially when the people susceptible to those illnesses tend to be low-income, the costly fight to find cures and develop vaccines for those diseases are unlikely to be profitable. That is why I believe nonprofits have a vital role to play in funding these endeavors.

Why aren’t we curing the world’s most curable diseases?

Neglected tropical diseases like river blindness stand in stark contrast to those like tuberculosis, which is estimated to affect a third of the world’s population due to the increasing prevalence of highly antibiotic resistant strains. In short, tuberculosis has stuck around because medicine has run out of drugs with which to treat it – which is why, as a molecular biologist, I am researching new ways we can finally defeat this stubborn disease. But this only increases the urgency for river blindness and other widespread diseases for which, unlike tuberculosis, science does have effective cures – and inexpensive ones at that. Even with all the necessary tools, the world has failed to cure the curable.

Neglected tropical diseases used to causes hundreds of thousands of deaths a year. But not anymore, thanks to the efforts of several countries and over a dozen drug companies.

Look What Happens When You Pay Attention To Neglected Tropical Diseases

Imagine that. Paying attention to a problem and working together to solve it actually works. Five years after the London Declaration on Neglected Tropical Diseases (NTD) convened to set ambitious goals for NTD control for the year 2020, the World Health Organization (WHO) recently announced "unprecedented progress against" 10 NTDs. You may not have heard of NTDs because they've after all been neglected...by the media and many governments, funding agencies, businesses, etc. In other words, if major infectious diseases around the world were to have a party (which would be a horrible party to attend), NTDs would be the wallflowers in the corner, overlooked by many policymakers, scientists and funders.

A Visual History Of The World's Tropical Disease Paranoia

Tropical diseases have mystified and terrified humans for centuries, inducing cross-continental paranoia at even the thought of a mosquito bite. While the very recent and devastating ebola outbreak in West Africa has brought global health fears to new heights, a new exhibition at Lisbon, Portugal's Instituto de Higiene e Medicina Tropical is proving the world has a rather colorful record of publicly campaigning against the ailments that terrorize populations across the globe.

Global health advocates often argue that the tropical diseases that plague many countries, such as malaria and dengue, can be conquered simply with more money for health care — namely medicines and vaccines. But a new paper is a reminder that ecology also has a pretty big say in whether pathogens thrive or die off

Fight Against Tropical Diseases Is Framed as Efficient

In the battle for the billions of dollars spent fighting global diseases, doctors who tackle neglected tropical diseases have labeled their struggle a “best buy.” In a report issued in June, a consortium called Uniting to Combat NTDs argued that every $1 invested in fighting tropical diseases would generate $50 to almost $200 in productivity gains by 2030.

Mobile and mapping technologies can play a key role in controlling NTDs, but more effort is required to put them into the hands of frontline workers.

One Million Deaths by Parasites

According to the GBD 2013, the vast majority of parasite-related deaths resulted from protozoan infections. However, it is likely that deaths resulting from helminth infections were under estimated. For example, ascariasis and trichuriasis are important causes of protein-energy malnutrition in developing countries, and almost 500,000 deaths were attributed to this condition in 2013;

Uniting efforts with NTD-endemic countries, partners pledged to bring a unique focus to defeating these diseases and to work together to improve the lives of the 1.4 billion people worldwide affected by NTDs, most of whom are among the world’s poorest.

Our planet is filled with marvelous science-based opportunities for improving human welfare at a tiny cost, but these opportunities are often unrecognized by policymakers and the public. There is no better example than treatment of a group of tropical diseases that maim and kill millions, but which are largely unknown to Americans and Europeans. Experts formally refer to them as the "neglected tropical diseases," or NTDs.

This page was made for the preparation of a major jungle and kayak expedition in Central America. It isn't a medical guideline. This page contains useful information for travelers to tropical destinations and people involved in outdoor activities.

Worm infections and other parasites can make people too sick to go to work and can even reduce IQ among kids—yet little attention is being paid to these illnesses...

Poverty takes many tolls, but in the United States, one of the most tragic has been its tight link with a group of infections known as the neglected tropical diseases, which we ordinarily think of as confined to developing countries. Outbreaks of dengue fever, a mosquito-transmitted viral infection that is endemic to Mexico and Central America, have been reported in South Texas.

Two pills to wipe out hookworm could cost you 4 cents. Or $400. It just depends where you live.

Neglected tropical diseases are finally getting the attention they deserve

At a time when questions loom large about funding global health and development, the success against NTDs is a powerful reminder of the incredible impact we can have when all of us — the public, private, and philanthropic sectors — work together.

Hookworm, trachoma, elephantiasis, snail fever, roundworm, river blindness, and whip worm can be treated for only 50 cents a year.

Our efforts focus on 13 countries in Africa, the Americas, and Asia, providing critical support for country-led journeys to self-reliance and the creation of sustainable NTD programs within robust and resilient health systems.

We're on a mission to see the end of 7 neglected tropical diseases by 2020. With your help we can end this suffering for good.

The END Fund is dedicated to controlling and eliminating neglected tropical diseases. NTDs are diseases of poverty that debilitate, blind, disfigure and cause early death to the world’s poorest people. They are a group of parasitic and bacterial infectious diseases that thrive in conditions of rural poverty, where children and adults do not have access to clean water and basic sanitation.

The Center for Tropical Diseases is about people — people who are dedicated to the mission of impacting tropical diseases through research, education, and service, and people who will benefit from the application of this expertise.

Giving What You Can

Neglected Tropical Diseases (NTDs) such as Schistosomiasis (also knows as bilharzia, bilharziosis or snail fever) and Onchocerciasis are normally caused by worms or bacteria in tropical climates. They can be treated very cheaply using a “rapid impact package” of five important drugs that need only be taken once a year and do not require refrigeration.

The Center and its collaborators play a key role in perpetuating the global momentum to control or eliminate NTDs that accelerated so dramatically following expanded commitments by partners endorsing the London Declaration in 2012.

The ISNTD is an independent and not-for-profit organisation providing a multidisciplinary global platform to alleviate the burden of NTDs on the world's poorest and most vulnerable, with the ultimate goal of reaching sustainable healthcare provision & poverty reduction in the developing world.

ENVISION is a five-year project funded by the U.S. Agency for International Development (USAID) aimed at providing assistance to national neglected tropical disease (NTD) control programs for the control and elimination of seven targeted NTDs...

Journal of Tropical Diseases is an Open Access journal that deals with the diseases that are prevalent in or unique to tropical and subtropical regions. Insects such as mosquitoes and flies are by far the most common disease carrier or vector. In addition today, the journal subject areas are more widespread.

NSTM will launch a variety of basic, clinical and biotechnology educational programs to train a new generation of scientists and health professionals.

The European Foundations Initiative for Neglected Tropical Diseases (EFINTD) was launched in 2008 to strengthen African research capacity in neglected tropical diseases and related public health research by supporting young African researchers working in African research institutions. Through a programme of research Fellowships totalling £5m, opportunities have been provided for young scientists to demonstrate their ability and commitment and to acquire the requisite research experience to become future research leaders in the NTD field.

Tropical diseases encompass all diseases that occur solely, or principally, in the tropics. In practice, the term is often taken to refer to infectious diseases that thrive in hot, humid conditions, such as malaria, leishmaniasis, schistosomiasis, onchocerciasis, lymphatic filariasis, Chagas disease, African trypanosomiasis, and dengue.