The world is now paying attention to these [neglected] diseases and making progress in unprecedented ways, with ambitious goals, excellent interventions, and growing evidence of multiple benefits for health - Dr. Margaret Chan, Director-General WHO 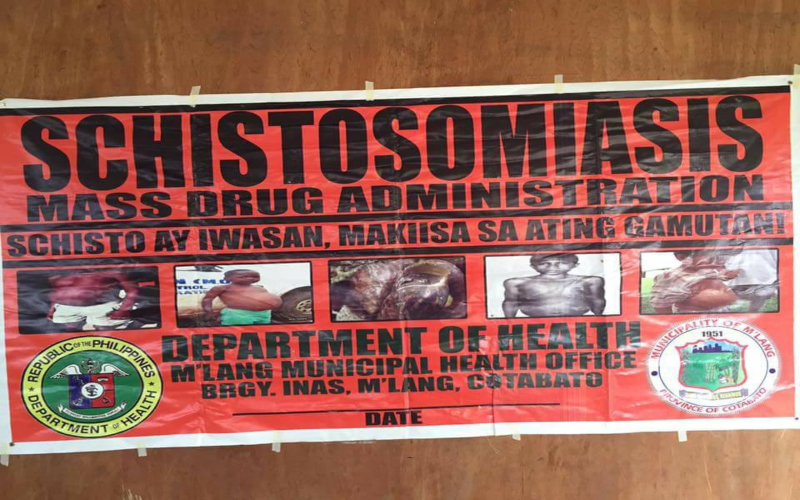 The 8 Cent Solution to Improving Women's Health in Africa

Schistosomiasis, also known as bilharzia or "snail fever," is a parasitic disease carried by fresh water snails. It is transmitted by contact with contaminated fresh water, so swimming, bathing, fishing and even domestic chores such as laundry and herding livestock can put people at risk of contracting the disease. Schistosomiasis infects more than 400 million people, mostly in sub-Sarahan Africa, where it is one of the most common parasitic infections on the continent.

But one form of the disease has particular repercussions for women and their health and reproductive systems -- FGS. It causes horrific pain and bleeding in the uterus, cervix and lower genital tract, not to mention…

For the majority of people on Earth, parasites are a fact of life. These organisms live inside the human body, causing debilitating or fatal diseases. Among the parasitic diseases, one of the very worst is schistosomiasis, caused by worms living in the human circulatory system. The disease can cause bleeding, organ damage, and elevated risk of HIV infection and cancer. For children, infection can stunt growth and impair cognitive development.

If A Worm Makes You Sick, Can This Cup Of Tea Cure You?

The standard treatment is a drug called praziquantel — three doses spread out over the course of one day can cure most people of the worms that cause schistosomiasis. But what if tea from a local plant worked just as well?

Pesticides increase the risk of schistosomiasis, a tropical disease

Polluted freshwater bodies favor the intermediate host of the pathogen.

“Yes it sounds odd and crazy. The idea of having a worm grow inside you is awful,” says Meta Roestenberg, an infectious disease physician at Leiden University Medical Center, who is directing the research. But she said the risk to the student volunteers is “extremely small,” especially compared with the potential benefit to preventing a disease that burdens millions of the world’s poorest people.

Amanda Elyssa Ruiz, a PhD student at Brown University in the United States, is looking for potential vaccines to protect against schistosomiasis, a disease that impacts over 250 million people every year, making it the second most socio-economically devastating parasitic disease after malaria. In countries where schistosomiasis is found, water buffalo are the key labor force for wetland rice agriculture, as well as the main way that humans get infected, so finding a vaccine that protects both would be a big step forward.

Bloodsucking worms called schistosomes are among the world's most worrisome human parasites. A new genome sequence and powerful genetic tools promise to help crack their secrets.

How prawn farms in Senegal are combating schistosomiasis

Prawns bred in a dammed river basin are helping to prevent the spread of the disease and provide a livelihood for locals.

It is not easy to eradicate snails, but snail eradication is not necessary for the elimination of schistosomes. To break the schistosome life cycle, snail densities must be driven below a threshold where snail infection rates are lower than snail death rates.

Prevention and control of schistosomiasis: a current perspective

Schistosomiasis is a neglected tropical disease that ranks second only to malaria in terms of human suffering in the tropics and subtropics. Five species are known to infect man and there are currently over 240 million people infected worldwide. The cornerstone of control to date has been mass drug administration with 40 mg/kg of praziquantel but there are problems with this approach. Human and bovine vaccines are in various stages of development.

Adrenaline-addicted travelers who love running rapids have another risk to contend with in some exotic locales -- schistosomiasis. Caused by a fresh-water parasite, schistosomiasis is an infection that afflicts some 200 million people around the world. Left untreated, schistosomiasis can cause chronic anemia and organ damage. The condition, though common in many parts of the world, is dogged by misconceptions. One is that Americans don't get it. Another is that you can only get it in slow or still water. And the third is that if you take medication right after you get out of the water, you'll be fine. The Centers for Disease Control and Prevention says no to all three.

The roles of water, sanitation and hygiene in reducing schistosomiasis: a review

We recently completed a systematic review andmeta-analysis pertaining to WASH and schistosomiasis and found that people with safe water and adequate sanitationhave significantly lower odds of a Schistosoma infection. Importantly though, the transmission of schistosomiasis is deeply entrenched in social-ecological systems, and hence is governed by setting-specific cultural and environmentalfactors that determine human behaviour and snail populations.

The 8 Cent Solution to Improving Women's Health in Africa

For too long we have allowed millions of girls and women to suffer from female genital schistosomaisis. We may now be at the beginning of the end of this disease, provided we can scale up schistosomiasis control efforts in addition to making a successful schistosomiasis vaccine.

We are a non-profit supporting the delivery of cost-effective and impactful health programmes in Sub-Saharan Africa, helping to create a world free from preventable disease.

Schistosomiasis, also known as bilharzia, is a disease caused by parasitic worms. Although the worms that cause schistosomiasis are not found in the United States, more than 200 million people are infected worldwide. In terms of impact this disease is second only to malaria as the most devastating parasitic disease. Schistosomiasis is considered one of the Neglected Tropical Diseases (NTDs).

Schistosomiasis is a disease that is caused by parasites (genus Schistosoma) that enter humans by attaching to the skin, penetrating it, and then migrating through the venous system to the portal veins where the parasites produce eggs and eventually, the symptoms of acute or chronic disease (for example, fever, abdominal discomfort, blood in stools).

You can get a schistosoma infection through contact with contaminated water. This parasite swims freely in open bodies of water. When the parasite comes into contact with humans, it burrows into the skin and matures into another stage. Then, it travels to the lungs and liver, where it grows into the adult form of the worm.

Schistosomes live in lakes, rivers, reservoirs and canals, and can infect anyone who comes into contact with contaminated water. An infected person will pass out parasite eggs in their urine or faeces (stools), which can survive in water for up to seven days. Schistosomiasis is a disease associated with poverty. Poor living conditions, overcrowding, poor sanitation, and a lack of clean water and medical services all increase the risk of getting schistosomiasis

Schistosomiasis is a tropical disease caused by a parasitic infection with worms from the Schistosomatidae family. About 200 million people are infected with schistosomiasis worldwide. Schistosomiasis can be 'acute' or 'chronic'. Many people do not develop symptoms of acute schistosomiasis, or their symptoms may be mild and go unrecognised. Chronic schistosomiasis can produce symptoms months or years after infection. Diagnosis is usually made by testing your urine or poo (faeces) or through a blood test. Treatment is with a medicine called praziquantel.

Schistosomiasis is a disease of poverty that leads to chronic ill-health. Infection is acquired when people come into contact with fresh water infested with the larval forms (cercariae) of parasitic blood flukes, known as schistosomes. The microscopic adult worms live in the veins draining the urinary tract and intestines. Most of the eggs they lay are trapped in the tissues and the body’s reaction to them can cause massive damage.