We’re part of our environment; we’re not separate from it - Joel Weinstock MD 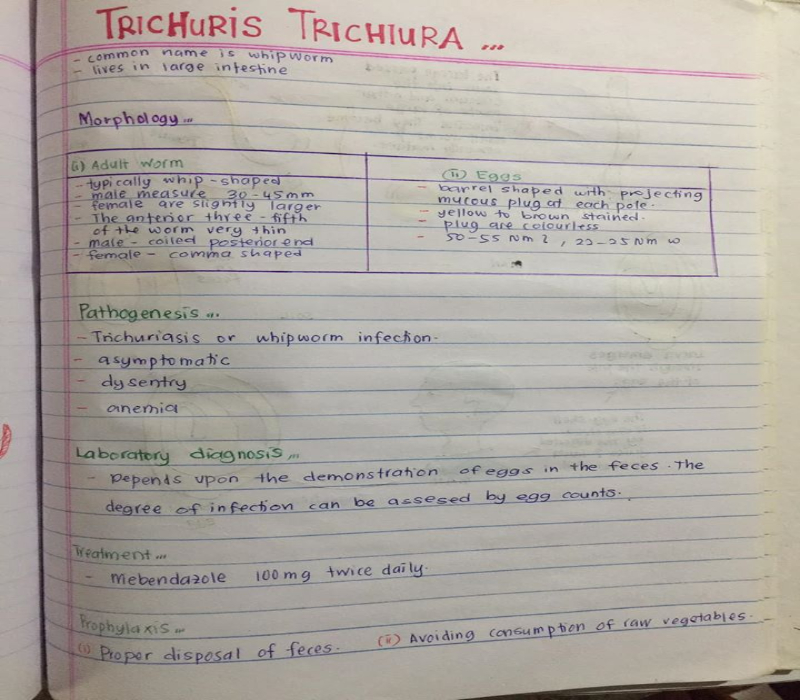 Having worms can be good for the gut

Parasitic worms may hold the secret to soothing inflamed bowels.

In studies of mice and people, parasitic worms shifted the balance of bacteria in the intestines and calmed inflammation, researchers report online April 14 in Science. Learning how worms manipulate microbes and the immune system may help scientists devise ways to do the same without infecting people with parasites.

How whipworms wreak havoc on the gut

Signaling through interleukin-10 (IL-10) receptors on gut immune cells plays a critical role in protecting the gut lining and microbiota from disruption caused by whipworms, according to a new study.

Parasites, pigs and primates – the origin and demography of Trichuris whipworms

Parasite phylogeographic and population genetic study shows the human whipworm most likely originated from primates in Africa, designating it a heirloom parasite of humans. The pig whipworm probably evolved after the introduction of human whipworm to Asia where it shifted hosts to pigs.

Eat Your Worms: The Upside Of Parasites

For years evidence has been mounting that intestinal parasites can actually be a good thing for people with inflammatory bowel disease because certain parasitic worms seem to help the intestine heal.

In a Squeaky-Clean World, a Worm Might Help Fight Disease

Some bugs are good for our health, and a pig parasite called the whipworm appears to be one of them.

People infected with whipworm might be asymptomatic, but in cases of massive infection, they will have diarrhea, anemia, and even rectal prolapse. Dufour and colleagues note that whipworm infection has been discovered at seven different archaeological sites throughout Europe dating to various times in the Imperial period.

A shadow network of patients are trying to treat their own debilitating diseases — by infecting themselves with gastrointestinal worms.

Comparison of the prevalence of I.B.D. and surveys of worm-infestation rates revealed a telling pattern. About 10 years after improved hygiene and deworming efforts reduced worms in a given population, I.B.D. rates jumped.

Having worms can be good for the gut

People with light infections usually have no signs or symptoms. People with heavy infections can experience frequent, painful passage of stool that contains a mixture of mucus, water, and blood. The diarrhea typically has an acrid smell. In severe cases growth retardation can occur. Rectal prolapse can also occur. In children, heavy infection may be associated with growth retardation and impaired cognitive development.

The most common cause of trichuriasis is ingestion of infected eggs that are found in soil. This is often due to poor sanitary conditions, including open defecation and using human feces as fertilizer.