Where in health am I? : Home / Health Cloud / Challenges / Infections / Pandemics / 1918 Influenza

The worst pandemic in modern history was the Spanish flu of 1918, which killed tens of millions of people. Today, with how interconnected the world is, it would spread faster - Bill Gates 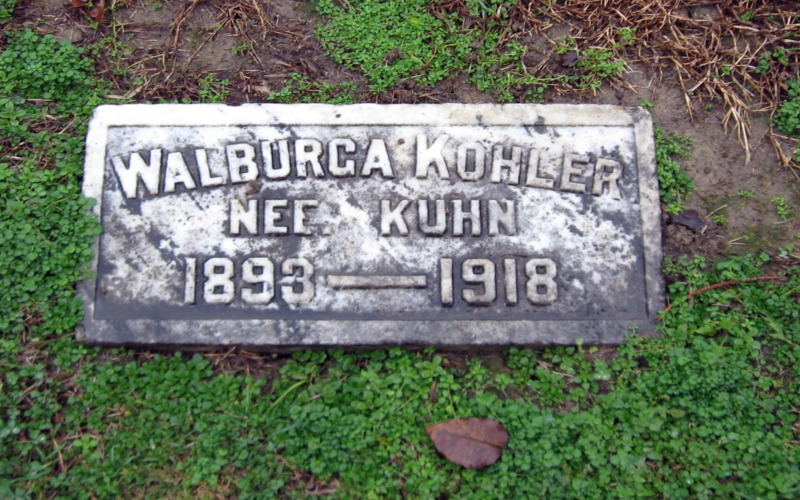 The Spanish influenza was unusual in more ways than one. There’s its universality: Between 1918 and 1919, the particularly aggressive H1N1 virus infected 1 in 3 people on planet Earth. Its severity: The flu killed approximately 50 million. And its invisibility: Today, historians often describe it as a “forgotten” pandemic.

In some ways, they’re right. There are no monuments to the victims. There are no classic works of literature inspired by the disease’s rapid advance. In other ways, though, they’re wrong. How forgotten can a pandemic be if there is an entire PBS documentary about it? After reading countless contagious articles, visiting a virulent exhibit the Museum of…

Why we should be careful comparing the Covid-19 coronavirus outbreak to the 1918 Spanish flu.

A Centennial of Death: The Great Influenza Pandemic of 1918

To pay proper respect to the influenza of 100 years ago, get this year’s flu shot and make sure your children do, too.

How they tried to curb Spanish flu pandemic in 1918

It is dangerous to draw too many parallels between coronavirus and the 1918 Spanish flu pandemic, that killed at least 50 million people around the world.

Especially remarkable was the 1918 flu’s predilection for taking the lives of otherwise healthy young adults, as opposed to children and the elderly, who usually suffer most. Some have called it the greatest pandemic in history. The 1918 flu pandemic has been a regular subject of speculation over the last century. Historians and scientists have advanced numerous hypotheses regarding its origin, spread and consequences. As a result, many of us harbor misconceptions about it. By correcting these 10 myths, we can better understand what actually happened and learn how to prevent and mitigate such disasters in the future.

A Century After 1918 Influenza Pandemic, Survey Says We Have Work To Do

Epidemiologists say that if a similar pandemic struck today, the death toll could be around 147 million, with many more enduring weeks of severe illness. But a century after the worst flu pandemic in history, people are surprisingly skepetical of one of modern medicine's best tools for preventing such a crisis.

A hundred years later, we're still not sure why the Spanish flu killed so many people

The centennial of the 1918 pandemic is a good time to take stock of how far the world has come since this historic health disaster—and to face the sobering fact that several key mysteries have yet to be resolved.

A century ago, the Spanish flu killed more than 50 million people. The world is at risk of another pandemic of similar scale.

Down With the “Spanish Flu”

The 1918 pandemic didn’t start with Spain nor was it particularly bad there.

The 1918 Flu Pandemic: Photos From a Century Ago

Gathered here are images from the battle against one of the deadliest events in human history, when the flu killed up to 6 percent of the Earth’s population in just over a year, between 1918 and 1919.

Why Did So Few Novels Tackle the 1918 Pandemic?

Despite its vast toll, the pandemic was never a big theme in American literature—an absence the historian Alfred Crosby calls “puzzling.” But a few leading writers who lived through it created accounts that remain vivid in ways a medical journal can never be.

100 Years after the Lethal 1918 Flu Pandemic, We Are Still Vulnerable

Our public health infrastructure has improved, but without a universal influenza vaccine, a similar virus could result in a worldwide catastrophe

Scientists have recreated a nearly exact replicate of the deadly flu virus that killed an estimated 50 million in the 1918 Spanish flu pandemic. But don’t worry, they say it’s totally safe.

Flu Was Not the Real Killer in the 1918 Pandemic

Strep infections, rather than the flu virus itself, may have killed most people during the 1918 influenza pandemic. This suggests that some of the most dire predictions about a potential new pandemic could be exaggerated.

In 1918 Flu Pandemic, Timing Was a Killer

Since 1918, four new global flu pandemics have struck. None have come anywhere close to 1918’s toll, leaving scientists to puzzle about why 1918 was so deadly.

With World War I reaching its climax, the first case of Spanish influenza is reported. It quickly spreads, and the resulting worldwide epidemic – the worst in history – ends up killing more people than the war.

Pathogenesis of the 1918 Pandemic Influenza Virus

Although the complete sequences of the viral RNAs of the 1918 pandemic virus have been determined, the viral genome does not contain any motifs known to be associated with high virulence.

More deadly than the World War unfolding alongside it, the virus wiped out America's young and healthy and, by the time our troops had carried it across the pond, took out 50 million people worldwide. The good news from the third of our 10 Worst Disasters of the Last 101 Years? We've finally decoded it, and it's still teaching scientists and politicians how to prepare for the next outbreak. For expert survival advice and tips, visit our ultimate guide to getting ready for any disaster.

I had a little bird. Its name was Enza. I opened the window, And in-flu-enza*

World War I claimed an estimated 16 million lives. The influenza epidemic that swept the world in 1918 killed an estimated 50 million people. One fifth of the world's population was attacked by this deadly virus. Within months, it had killed more people than any other illness in recorded history.

The Influenza Pandemic of 1918

The influenza pandemic of 1918-1919 killed more people than the Great War, known today as World War I (WWI), at somewhere between 20 and 40 million people. It has been cited as the most devastating epidemic in recorded world history. More people died of influenza in a single year than in four-years of the Black Death Bubonic Plague from 1347 to 1351. Known as "Spanish Flu" or "La Grippe" the influenza of 1918-1919 was a global disaster.

The Worst Pandemic in History

After years of sometimes bizarre research, why are scientists still baffled by the 1918 Spanish flu?

The Spanish influenza was unusual in more ways than one. There’s its universality: Between 1918 and 1919, the particularly aggressive H1N1 virus infected 1 in 3 people on planet Earth. Its severity: The flu killed approximately 50 million. And its invisibility: Today, historians often describe it as a “forgotten” pandemic.

Ten Myths About the 1918 Flu Pandemic

The ‘greatest pandemic in history’ was 100 years ago – but many of us still get the basic facts wrong.

Can we better prepare for future flu pandemics by resurrecting the 1918 flu virus? This microbe, recovered from tissue samples of World War I soldiers, is perhaps the deadliest pathogen in human history. In this NOVA scienceNOW video segment, meet microbiologists working in the trenches to (very carefully) reconstruct a virus that killed up to 50 million people worldwide.

In 1918, a highly virulent form of the influenza virus killed at least 20 million people worldwide. Understanding the origin of the virus that caused this pandemic has been a long-standing goal because of the risk that a similar virus could arise and devastate human populations today.

1918 Influenza: the Mother of All Pandemics

The "Spanish" influenza pandemic of 1918—1919, which caused â‰ˆ50 million deaths worldwide, remains an ominous warning to public health. Many questions about its origins, its unusual epidemiologic features, and the basis of its pathogenicity remain unanswered.

The 1918 flu pandemic (the Spanish Flu) was an unusually severe and deadly influenza pandemic that spread across the world. Historical and epidemiological data are inadequate to identify the geographic origin. Most victims were healthy young adults, in contrast to most influenza outbreaks which predominantly affect juvenile, elderly, or weakened patients.

In September of 1918, soldiers at an army base near Boston suddenly began to die. The cause of death was identified as influenza, but it was unlike any strain ever seen. As the killer virus spread across the country, hospitals overfilled, death carts roamed the streets and helpless city officials dug mass graves. It was the worst epidemic in American history, killing over 600,000--until it disappeared as mysteriously as it had begun.

The influenza or flu pandemic of 1918 to 1919, the deadliest in modern history, infected an estimated 500 million people worldwide--about one-third of the planet’s population at the time--and killed an estimated 20 million to 50 million victims. More than 25 percent of the U.S. population became sick, and some 675,000 Americans died during the pandemic.

In 1918, a flu epidemic killed twenty million people. Now, scientists have found one reason why. Working with preserved samples of the 1918 virus, University of Wisconsin virologist Yoshihiro Kawaoka and his colleagues have identified a single gene that made it much nastier. He says mice that shrugged off ordinary flu viruses reacted very differently to a virus with the 1918 gene.

In the late summer and autumn of 1918, the population of Vermont was ravaged by the pandemic of “Spanish Influenza” that struck nationwide and worldwide. The disease, which attacked the lungs, caused high fever, delirium, excruciating pains in the back and limbs, and nausea, swept across the state rapidly.