Where in health am I? : Home / Health Cloud / Challenges / Infections / Parasites / Blastocystis

Nowhere is it more true that “prevention is better than cure,” than in the case of parasitic diseases - Rudolf Leuckart 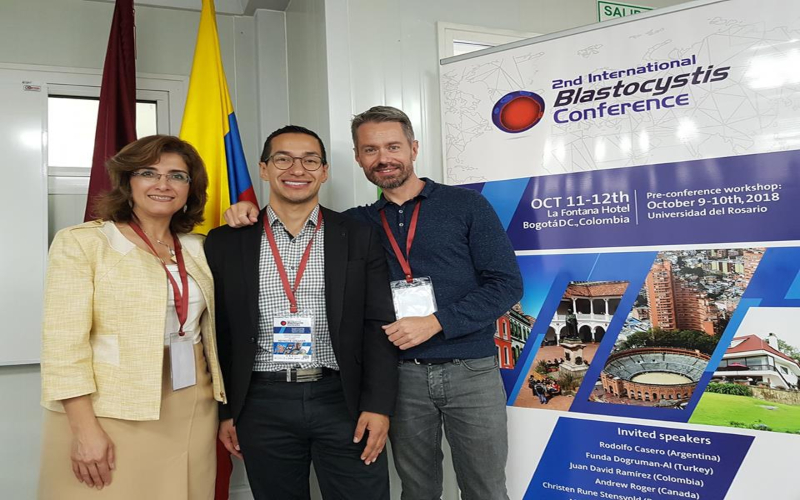 Many people are told by their GPs or specialists that they are infested by Blastocystis. What these people might not always be aware of is the fact that our intestine is home to billions of organisms, most of which are bacteria. Some bacteria are good for you and help you metabolise food items and synthesise compounds that you cannot produce yourself, while others are associated with disease. Some bacteria are supposed to be there and some are not.

Blastocystis is very successfully parasitising on the human intestine, but to our knowledge, there is still no convincing pathogenomic evidence of it causing disease. So, what does it do and why is it there? Does it cause…

Blastocystis hominis: Living with it, how I recovered + how to prevent it

Woah. The last 2 years have been an uphill battle for me to achieve perfect health again after playing host to Blastocystis hominis (Blasto) in mid-2018.

The history of B. hominis is unique. Few infectious agents have provoked the many misconceptions that plague this enigmatic parasitic ameba. Conflicting descriptions of its nature and pathogenesis have continued throughout the 20th century.

Blastocystis: how do specific diets and human gut microbiota affect its development and pathogenicity?

Blastocystis is an enteric parasite that inhabits the gastrointestinal tract of humans and many animals. This emerging parasite has a worldwide distribution. It is often identified as the most common eukaryotic organism reported in human fecal samples. This parasite is recognized and diagnosed more often than ever before. Furthermore, some strains develop resistance against currently recommended drugs, such as metronidazole; therefore, the use of natural remedies or special diets has many positive aspects that may address this problem.

Blastocystis: To Treat or Not to Treat…

In many epidemiologic surveys, Blastocystis is the most frequently isolated parasite, with a higher prevalence in underdeveloped countries [3]. This may be attributed to poor hygiene, exposure to animals, and consumption of contaminated food or water. Blastocystis is the most common parasite identified in stool samples in many institutions in the United States. It is more common than Giardia lamblia and Dientamoeba fragilis.

Organisms Inside You – Part 1: Blastocystis hominis

Most people with adequate immune systems are asymptomatic carriers. There is much debate in the scientific community if Blastocystis hominis even cause infections in humans or if it is a commensal protozoan. Blastocystosis is an opportunistic infection of the protozoan that can rarely occur. Symptoms of blastocytosis mimic other gastrointestinal illnesses...

The book consisting of 40 chapters which mainly includes personal blog posts, recent updates and whole lot of interesting sections dealing with various aspects of Blastocystis related research. Author has been working in the field of Blastocystis research from past 8 years and has contributed remarkably on Blastocystis sub type identification, its clinical relevance and in developing consensuses regarding taxonomic nomenclature of the organism. Its really a good book for the students and researcher who are involved in Blastocystis research.

Blastocystis is very successfully parasitising on the human intestine, but to our knowledge, there is still no convincing pathogenomic evidence of it causing disease. So, what does it do and why is it there? Does it cause disease at all? How do we get it? We are are trying to find out...

One of the most common parasites – if not the most common – found in humans is Blastocystis. It is possible that more than 1 billion people harbour this parasite, and there is indicative evidence that it may cause intestinal symptoms, although it is also clear that many people are colonised by Blastocystis without experiencing symptoms. We therefore investigate the role of this parasite in health and disease.

BRF’s web site has written and audio descriptions from patients, information on the newest research in diagnosis and treatment of Blastocystis ’hominis’ infection, and information on BRF”s advocacy program.

Things drastically changed for me in 2008. I would like to share my story with other’s in hope to raise awareness about the parasite Blastocystis Hominis in Canada and to take you through my journey with me as I try to beat this “Super Bug”.

Blastocystis is generally considered to be a weak parasite. It attacks those people who have a weakened immune system or a very weakened digestive tract. Blastocystis, many times, is totally unsuspected as being the cause or connection with somebody's digestive illness, because many labs do not know to test for it, or do not even know that it is now considered harmful. It is quite common to find Blastocystis in conjunction with other parasites, see also candida or harmful bacteria.

Blastocystis is a common microscopic organism that inhabits the intestine and is found throughout the world. A full understanding of the biology of Blastocystis and its relationship to other organisms is not clear, but is an active area of research.

Researchers don't yet fully understand the role that blastocystis plays, if any, in causing an infection. Certain subtypes of blastocystis may be more likely to cause symptomatic infection, or may pose a risk only when combined with other types of infection. In some cases, blastocystis simply resides in the digestive tract without causing harm.

The precise transmission mechanisms of Blastocystis Hominis remain murky. Fecal-oral transmission is the most accepted pathway, and recent studies have shown that transmission involves only the cyst form of the parasite.[9] The extent to which human-human, human-animal, and animal-human transmission occurs is still unknown