Where in health am I? : Home / Health Cloud / Challenges / Infections / Parasites / Cyclospora

Washing produce isn’t very effective to rid it of cyclospora. The only real solution is for public health officials to spot the contaminated food quickly and get it off shelves - Paul Cieslak 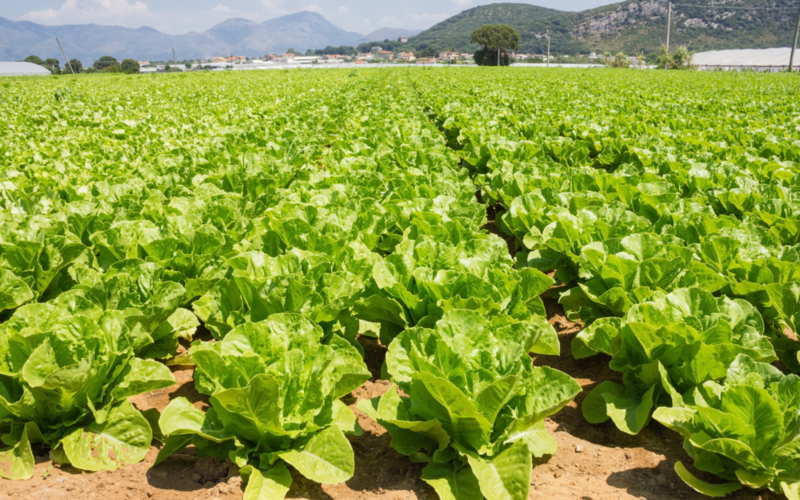 Cyclospora cayetanensis is an important emerging cause of diarrhea worldwide that leads to significant morbidity and mortality. In developing countries, the parasite has been associated with diarrhea in health center populations. However, in communities based studies, infection rates up to 41.6% have been noted and most of the cases are asymptomatic. In Venezuela, where intestinal parasites represent a persistent public health problem, cyclosporiasis is now pretty common. Infection rates of 5.3% in diarrheic children, 6.8-9.8% in AIDS patients, and 6.1-11.9% in communities have been found.. In the developing world, the infection has been associated with variables related to water, foods, and…

Cyclospora And Its Rise In Recalls In The Food Industry

Cyclospora-associated outbreaks have risen considerably over the last few years, with a recent CDC report showing an eye-opening 1,200% increase in incidence from 2016-18 to 2019. The parasite is most often associated with leafy greens, berries, and fresh herbs like cilantro or basil. While the reasons for this increase are not completely understood, improvements in public health infrastructure have enhanced the ability to detect this parasite. Through more detections, the food industry and public health officials are bettering their understanding and its role in foodborne illness.

What May Be In Your Salad Or Wrap From Here? The Cyclospora Parasite

Is a salad or a wrap healthy? It depends. You have to check the ingredients. If one of the ingredients is the Cyclospora cayetanensis parasite, then the answer is no.

Cyclospora cayetanensis and Cyclosporiasis: An Update

Cyclospora cayetanensis is a coccidian parasite of humans, with a direct fecal–oral transmission cycle. It is globally distributed and an important cause of foodborne outbreaks of enteric disease in many developed countries, mostly associated with the consumption of contaminated fresh produce.

Publisher's Platform: What Is Cyclospora cayetanensis?

Cyclospora is a parasite composed of one cell, too small to be seen without a microscope. The organism was previously thought to be a blue-green alga or a large form of cryptosporidium. Cyclospora cayetanensis is the only species of this organism found in humans. The first known human cases of illness caused by cyclospora infection (that is, cyclosporiasis) were first discovered in 1977.

The Cyclospora Parasite Outbreak: What You Need to Know

Bacterial infections such E. coli and salmonella have gotten a lot of attention this year. An outbreak linked to romaine lettuce, for instance, was the deadliest E. coli outbreak in decades. But parasites lead to outbreaks in the U.S. on a fairly regular basis, even though they're often associated with international travel.

Cyclospora cayetanensis is an important emerging cause of diarrhea worldwide that leads to significant morbidity and mortality. In developing countries, the parasite has been associated with diarrhea in health center populations.

The Cyclospora blog is intended be a forum for discussion among the site’s authors and users. The authors of the the Cyclospora blog conduct surveillance on matters related to the parasite’s impact on individuals and families in different cities, states, and regions.

Fun With Microbiology (What's Buggin' You?)

Though the genera Cyclospora has been known about for some time as pathogen of vertebrates, this nasty little species began to be increasingly reported in humans in the late 1970’s. First thought to be associated with blue-green algae, it was referred to as a Cyanobacterium-Like body. Others thought it was a larger variant of Cryptpsporidum. The organism was finally identified as belonging to the genus Cyclospora based on sporulation studies which revealed that each oocyst contains two sporocysts which in turn contain two sporozoites.

Globalization of the food supply and increased world travel have contributed to the spread of the parasite to non-endemic areas. Most of the cases have been linked with travelers or foodborne outbreaks. Berries and leafy green vegetables have been implicated as food sources.

A daily digest of food safety news from barfblog and around the web specific to Cyclospora.

Trimethoprim/sulfamethoxazole (TMP/SMX), sold under the trade names Bactrim*, Septra*, and Cotrim*, is the usual therapy for Cyclospora infection. No highly effective alternative antibiotic regimen has been identified yet for patients who do not respond to the standard treatment or have a sulfa allergy.

Diagnosis of Cyclospora infections require special laboratories and lab tests to detect the parasites. •The only CDC-recommended treatment is the antibiotic trimethoprim-sulfamethoxazole (Bactrim, Septra, Sulfatrim).

A person infected with cyclospora passes the parasite in stool. However, unlike some other foodborne parasites, cyclospora doesn't become infectious until days or weeks after it's passed in a bowel movement.

The Cyclospora parasite is transmitted to people who contact objects contaminated with infected stool (mainly water and foods like fruits and vegetables that may have been washed or sprayed with contaminated water).

This is an uncommon cause of gastroenteritis. The pathogen is Cyclospora cayetanensis which is a coccidian protozoan parasite, about 8 to 10μm in diameter. At least 16 species of this genus have been identified in other animals, including primates, but this is the only species known to infect man.