Where in health am I? : Home / Health Cloud / Challenges / Infections / Parasites / Myiasis

Now, flies and maggots have become workhorses for understanding diseases and opening the door to mitigating them - Robin Tricoles 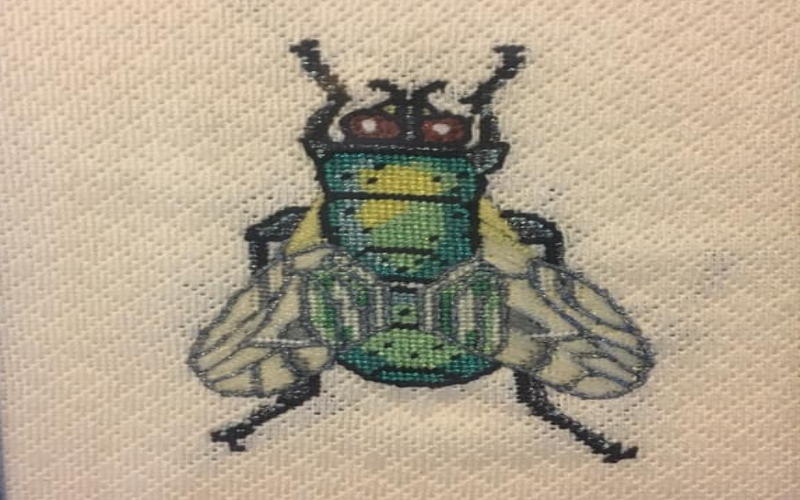 Experience: a maggot hatched from my head

In the early 1980s, I was a Royal Air Force squadron leader and secretary of the RAF Ornithological Society. At the time, the RAF was willing to support “adventurous training”, which meant we could carry out ornithological expeditions to wherever there was a British military presence.

In 1981, I led one such expedition to Belize. With its humid jungle and coastal swamp, the country was an ideal location for arduous training under field conditions, as well as a great natural habitat for bird observation and research.

After returning home, I found a small blemish on my forehead, just below my hairline. Initially I thought it was just a regular spot, and squeezed it: a big mistake.…

The maggots that emerge in our trashcans come from necrophagous flies. Necrophagous describes insects that eat dead animals or carrion. Flies looking to breed especially enjoy last week’s or even last night’s leftover meat, but also will be attracted to rotting vegetation and even sweets. It only takes up to 24 hours for eggs laid by flies to turn into the larvae known as maggots. Maggots will be present for just three to five days before they pupate and thereafter emerge as flies to start the cycle anew.

Myiasis infestation happens worldwide. Its prevalence is mainly influenced by latitude, season and life cycle of the myiasis flies. Infection rates are higher in the tropics and sub-tropics.

Scientists have discovered how a tiny worm-like creature with no arms, legs or wings nonetheless manages to perform stupendous leaps through the air.

The secret resistance behind the world's most dangerous cheese

Sardinia’s casu marzu teems with maggots, and might eat through your stomach. Why can’t people stop eating it?

Experience: a maggot hatched from my head

I wouldn’t want my story to put anyone off going to Belize, which is a beautiful country full of wildlife. A botfly bite is unlikely on tourist holidays. However, if the worst happens, just know you’ll be helping to provide food and shelter for a maggot, for up to four weeks afterwards.

Myiasis is the infection of a fly larva (maggot) in human tissue. This occurs in tropical and subtropical areas. Myiasis is rarely acquired in the United States; people typically get the infection when they travel to tropical areas in Africa and South America. People traveling with untreated and open wounds are more at risk for getting myiasis.

Myiasis is infestation by the larvae (maggots) of fly species within the arthropod order Diptera (two-winged adult flies). The larvae feed on the host's dead or living tissue, body substances, or ingested food.

Myiasis, a noun derived from Greek (mya, or fly), was first proposed by Hope to define diseases of humans caused by dipterous larvae, as opposed to those caused by insect larvae in general (161). Myiasis has since been defined as the infestation of live vertebrates (humans and/or animals) with dipterous larvae (371). Recognized in ancient times, flies causing myiasis are still some of the world's most devastating insects, responsible for severe losses in animal husbandry

Under the skin: The fascinating lives of botflies

Old Blue Eyes may not have been thinking of botflies when he crooned, “And each time I do just the thought of you/Makes me stop before I begin/’Cause I’ve got you under my skin,” but the sentiment could just as easily apply to Western travelers returning from countries such as Belize and Bolivia with uninvited guests squirming happily under their epidermis.