Where in health am I? : Home / Health Cloud / Challenges / Infections / Parasites / Worms

Kill the snake of doubt in your soul, crush the worms of fear in your heart and mountains will move out of your way - Kate Seredy 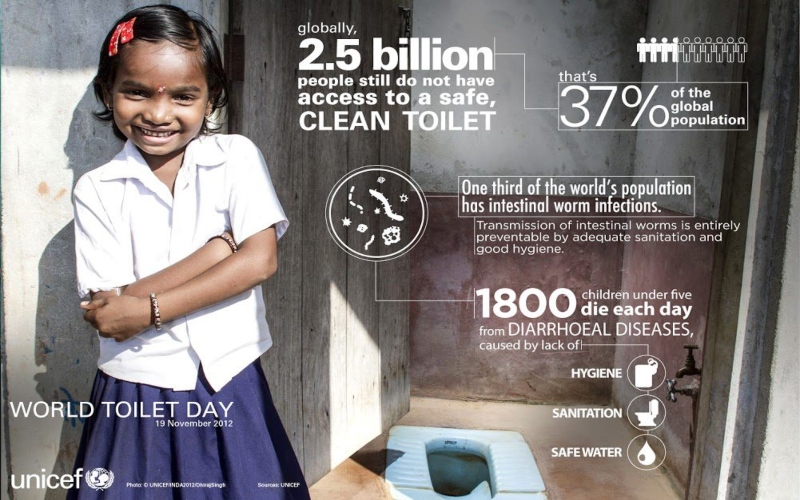 Uniting to Stop the Worms

"Uniting to Stop the Worms" may sound like a science fiction film headline, but intestinal worm infections -- known as soil-transmitted helminthiasis (STH) -- are all too real. They impair the lives of a billion people worldwide living in areas with poor sanitation. Children and women of childbearing age are most at risk. STH, the most widespread of all Neglected Tropical Diseases (NTDs), is caused by parasitic worms that rob the body of blood and nutrients, leading to anemia, stunted growth and impaired cognitive development. This makes it hard for children to develop and learn, for women to get the nutrients they need during pregnancy, and ultimately, for communities to thrive.

The Scientist Who's Waging A War On Worms

For nearly 40 years, Hotez has crusaded against parasitic worms, a sometimes lonely job. They affect nearly 1.5 billion people on the planet, making children too sick to go to school and adults too sick to work. But there's been a lack of funding and interest for research into treatments.

Types of Worms and Parasites that Live in Humans

There are literally thousands of different types of worms in the animal kingdom. They generally have long, slender bodies with no separate limbs. Worms live in a variety of habitats: some worms live in the earth such as earthworms, others live in water such as the leeches and others live in a human host such as tapeworms. The worms that live in humans or in animals are known as parasites. Parasites always live in or on their host. They eat the food supplies of their host and cause a wide range of conditions and symptoms that range from mild to severe.

They might sound gross, but intestinal worms can actually be good for you

Intestinal worms are properly called “helminths,” which most dictionaries will tell you are parasites. Exploiting their hosts, draining resources, sucking the life out of the body – that’s what parasites do, by definition. Indeed, many helminths, including the porcine tapeworm and the human hookworm, are known to cause disease and even death in the human population. Parasitic worms are still a big problem in some parts of the world. But for decades, results coming out of lab after lab have shown that some kinds of helminths can be extremely beneficial to their host, and aren’t parasites at all.

Worm therapy: Why parasites may be good for you

Early trials suggest a host of allergies and autoimmune ailments could be treated with worm therapy, or infection with live worm-like parasites. But will it ever reach the clinic?

Inside the U.S. and Panama’s long-running collaboration to rid an entire continent of a deadly disease.

Eat Your Worms: The Upside Of Parasites

For years evidence has been mounting that intestinal parasites can actually be a good thing for people with inflammatory bowel disease because certain parasitic worms seem to help the intestine heal.

Health check: the low-down on ‘worms’ and how to get rid of them

In developing countries with poor sanitation, the most common intestinal worms are transmitted through contaminated soil. The main culprits belong to the roundworm subgroup and include threadworm, large roundworms, whipworms and hookworms. In Australia, threadworm (or pinworm) is the most common intestinal worm. These worms hatch out of eggs swallowed by the host. But don’t worry: they’re relatively harmless and easily treated.

The worms that invade your brain

Once you consume them, they can move throughout your body -- your eyes, your tissues and most commonly your brain. They leave doctors puzzled in their wake as they migrate and settle to feed on the body they're invading; a classic parasite, but this one can get into your head.

New published information reveals that intestinal worm infections rank among the most common afflictions of people living in extreme poverty. The numbers are quite astonishing. More than 800 million people are currently believed to harbor Ascaris roundworms in their gastrointestinal tract, while around 450 million people are infected with either hookworms or Trichuris whipworms.

Worms "N" Us: A look at 8 parasitic worms that live in humans

Take a trip through Scientific American's Worm Gallery and meet the charming, slinky creatures that turn your innards into their home sweet home

Many of the parasitic worms of terrestrial animals have larval stages in fresh water, and these can be encountered in water samples collected from lakes and ponds. The three worm phyla of most interest to freshwater biologists are presented below. Additionally, the category "Parasitic" is included, which acknowledges the immense impact of worm parasites upon human and other animal communities.

Uniting to Stop the Worms

"Uniting to Stop the Worms" may sound like a science fiction film headline, but intestinal worm infections -- known as soil-transmitted helminthiasis (STH) -- are all too real. They impair the lives of a billion people worldwide living in areas with poor sanitation. Children and women of childbearing age are most at risk. STH, the most widespread of all Neglected Tropical Diseases (NTDs), is caused by parasitic worms that rob the body of blood and nutrients, leading to anemia, stunted growth and impaired cognitive development.

Parasites are typically seen as dangerous, as well as disgusting: The nastier ones can gnaw off a fish’s tongue, hijack an ant’s brain, or cause human limbs to swell to grotesque deformity. But don’t recoil just yet. Parasites can also have some beneficial impacts on human hosts.

Children Without Worms (CWW) was charged with uniting a broad set of partners around an expanded vision for the treatment and prevention of soil-transmitted helminthiasis (STH), a condition caused by parasites commonly known as intestinal worms. As many as 1.5 billion people are at risk for STH—and as many as 875 million of those are children. Worm infections have damaging consequences to those infected, to families, and to communities.

Worms & Germs Blog is an educational website coordinated by Drs. Scott Weese and Maureen Anderson of the Ontario Veterinary College's Centre for Public Health and Zoonoses.

Diagnosis of helminth diseases in humans usually requires a medical history and physical examination, a laboratory analysis of stools, and sometimes other tests.