Where in health am I? : Home / Health Cloud / Challenges / Infections / Rotavirus

Diarrhea may not be glamorous, but the rotavirus vaccine is a shining star in the public health world - Marion Roche 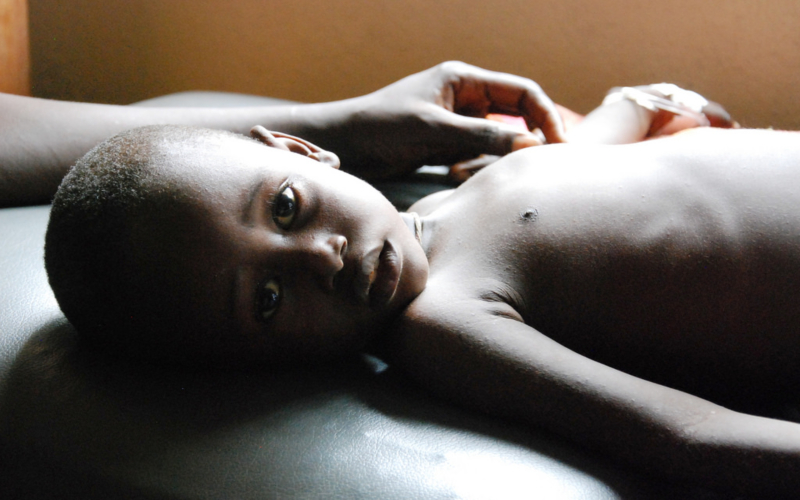 Rotavirus causes about one-third of diarrheal deaths in children; vaccinating children against it could save hundreds of thousands of lives and make life easier for so many parents...

Rotavirus, according to the World Health Organization, is the most common cause of diarrheal disease, especially in babies and young children in developing countries. It flourishes regardless of hygiene, sanitation or safe, clean water. A 2004 rotavirus epidemic in Guatemala infected over 24,000 people and caused the death of 140. And while I'm working to increase the effective treatment of diarrheal disease, it would be a huge impact to reduce the burden of cases caused by rotavirus -- preventing this…

Ridding The World Of Rotavirus, One Dose At A Time

It used to be that every child living in the developing world contracted rotavirus at least once before his or her fifth birthday. (Rotavirus can cause severe diarrhea and dehydration and turn fatal if left untreated.) And every year, 350,000 to 600,000 children — about one in 300 — would die as a result. We've come a long way since then. After the rotavirus vaccine was developed and distributed, the number of cases plunged dramatically, saving hundreds of thousands of young lives and keeping millions more out of the hospital.

How an otherwise harmless virus can trigger celiac disease

The Karelia regions of Finland and Russia are remarkably similar. They have unique architecture, they share a common heritage and genes, and speak similar dialects. But if you live on the Finnish side, you'll have around ten times as many neighbors with celiac disease.

Rotavirus infection is a very contagious, resulting in gastroenteritis, fever, vomiting, and diarrhea — sometimes severe enough to cause life-threatening dehydration. Thankfully, there are a couple of effective vaccines that have been available since 2006 in the United States, and now are available worldwide.

Child mortality rates have fallen by more than half since 1990. Here's why.

Diarrhea-related deaths — a huge killer in the developing world — are dropping because of improvements to drinking water and sanitation, as well as access to a rotavirus vaccine and treatment with rehydration therapies.

New Vaccine Could Slow Disease That Kills 600 Children a Day

The new vaccine against rotavirus, the most common cause of death from diarrhea in children under age 5, is made by an Indian company and was tested in Niger by Doctors Without Borders. The vaccine is expected to be as cheap as or cheaper than current alternatives. More important, it can last for months without refrigeration, which makes it far easier to use in remote villages with no electricity. It must be approved by the World Health Organization before it can be widely distributed, a process that is underway.

Vaccine Kicked Rotavirus To The Curb In A Few Short Years

“Rotavirus kills hundreds of thousands of children under the age of five every year, but we are lucky to live in a country where fatal outcomes are a fraction of those seen around the world,” Jones said. “But it is still a terrible illness which brings with it a great burden on society.”

Diarrhea may not be glamorous, but the rotavirus vaccine is a shining star in the public health world.

RotaTeq is a vaccine that can help prevent rotavirus gastroenteritis in infants''a leading cause of severe diarrhea among infants and young children.

Rotavirus gastroenteritis is the leading cause of severe, dehydrating diarrhea in infants and young children.3 It is so infectious that it can survive for long periods of time on toys and ordinary surfaces found in most homes.

Rotavirus is a contagious virus that can cause gastroenteritis (inflammation of the stomach and intestines). Symptoms include severe watery diarrhea, often with vomiting, fever, and abdominal pain. Infants and young children are most likely to get rotavirus disease. They can become severely dehydrated and need to be hospitalized and can even die.

Rotavirus most often infects infants and young children, and in children ages 3 months to 2 years, is one of the most common causes of diarrhea.

Rotavirus is the most common cause of diarrhea in infants and children worldwide, according to the Centers for Disease Control and Prevention. Before the development of a vaccine, most children in the United States had at least one bout with rotavirus by age 5.

A survey of 600 U.S. mothers with children under the age three revealed that over 70% of mothers have read or heard little or nothing about rotavirus infection, the most common cause of diarrhea in young children throughout the world. Almost all children have had multiple rotavirus infections by the time they enter kindergarten.

Treatment is replacing lost body fluids. Having your child drink products with water, sugar and minerals usually helps. Some children need to go to the hospital for IV fluids. A vaccine can protect your child against the virus.