Where in health am I? : Home / Health Cloud / Challenges / Infections / STIs / Gonorrhea

Sharing is caring. Unless it's a STD - Anonymous 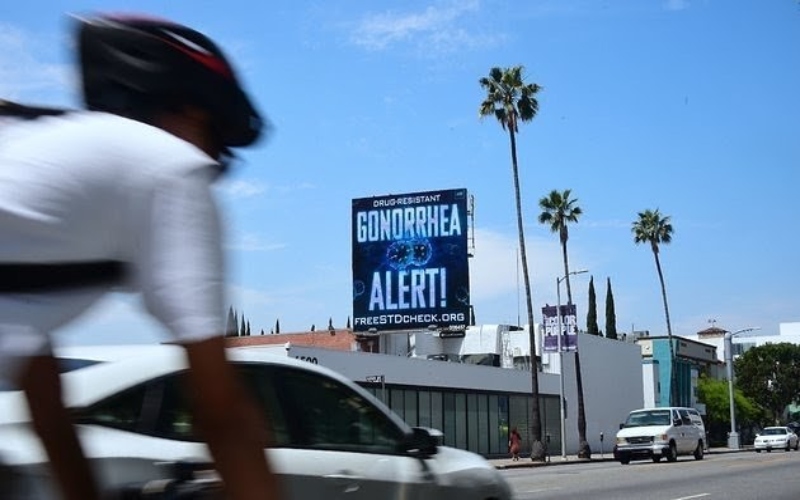 Everything You Need to Know About Gonorrhea

Back in the 1940s, gonorrhea was mostly a nuisance. World War II soldiers were known to dismiss it as "no worse than a bad cold." A shot of an antibiotic like penicillin and you'd be good as new. It even had an adorable pet name, "the Clap," whose origins are a little unclear; it's either derived from an old French term ("clapier") for brothel—which just so happened to be where many people got gonorrhea—or from an archaic practice of treating gonorrhea by "clapping" both hands against the penis, like a cymbal crash, which forcefully expelled pus from the urethra and allegedly cured the infection. (You're welcome for that mental image!)

Just Diagnosed? Next Steps After Testing Positive for Gonorrhea or Chlamydia

If you’ve just found out that you have gonorrhea or chlamydia, you may be trying to figure out what to do next. Here are the three most important steps that you can take...

Yes, you can get throat gonorrhea

If you think chlamydia and gonorrhea are just for genitals, they've got you right where they want you.

A Dangerous, ‘Silent Reservoir’ for Gonorrhea: The Throat

Oral gonorrhea is hard to detect and treat. Even more worrisome, these bacteria pick up resistance to antibiotics directly from other bacteria in the throat — and then are communicated to sex partners.

"You don't need a medical degree to prevent an STD," Fraser said. "You need to talk to people about using condoms."

As many as 30% of gonorrhea infections (pdf) are resistant to at least one class of antibiotic, with at least 23% invulnerable to former go-to drug tetracycline, so the current recommendation is to treat with a combination of two.

In the midst of record-high rates of sexually transmitted infections (STIs or STDs), a new industry-sponsored survey finds that many of those at high risk for STDs are not getting tested—and don’t seem to think they need to.

Women are hit especially hard by this STI—and were once blamed for its spread. What will a gonorrhea superbug mean for female patients?

Got Gonorrhea? Try Gargling With Listerine -- No, Really

If four out of five TV doctors tell you something is true, chances are, there’s not any evidence to actually back up that claim. But now, for at least one of those claims, there is evidence—even if it took 137 years to get it. The manufacturers of Listerine have been claiming that the mouthwash can cure gonorrhea, a common sexually transmitted infection that has been increasing in the U.S. the past two years, since 1879.

It was embarrassing but not the worst day of my life. The clinician touched me in private places with rubber gloves and the shot he gave me worked. Life went on. No one told me I should be using condoms, not in the clinic and not among friends.

Oral Gonorrhea? Yes, You Can Get Gonorrhea of the Mouth and Throat

Yes, you've heard of gonorrhea, but have you heard of oral gonorrhea? If not, it's about time you did.

Oral Sex Is Fueling the Global Spread of Untreatable Gonorrhea

Different bacteria are evolving resistance at different speeds, but the worst are approaching the point of no return, where no amount or combination of known antibiotics can work on them any longer. On the short list of these nightmare bugs is the bacteria that causes one of the most common sexually transmitted infections around: gonorrhea. According to a series of new reports from the World Health Organization (WHO), the outlook there is even worse than we might have thought. And experts say oral sex is making the problem worse.

Sex, War & Revolution: The Epidemiology of Gonorrhea in the USA

It’s not often that you encounter a graph and you think, “Wow! My god, that is a spectacular graph!” I have such a graph for you, reader, and it just so happens to be about gonorrhea. I know what you’re thinking, “she can really pick ’em, huh? Exceptional taste in data presentation.”

Pound-for-pound, it’s the strongest organism ever. This mighty beast is the gonorrhea bacterium – the strongest creature alive. These tiny creatures can pull with a force equal to 100,000 times their body weight – as though a human could drag 10 million kilos.

So, You Have Gonorrhea. Who Tells Your Ex?

Public health departments just want to make sure the conversation happens. Partner notification by a third party is now standard practice in Washington and some other states to help curb the spread of syphilis and HIV. Warren says there's an incentive to add gonorrhea to the list: It may not always be easily curable.

For the first time ever, researchers at the University of Queensland have found how cannabis can provide a solution to antibiotic-resistant bacteria. A non-psychoactive cannabinoid known as cannabidiol (CBD) has been found to penetrate and kill several highly resistant bacteria, including those responsible for gonorrhea, MRSA, and meningitis. The findings could lead to the creation of the first class of antibiotics for resistant bacteria in 60 years.

As gonorrhea becomes untreatable, a repurposed vaccine may prevent it

An existing vaccine that prevents meningococcal disease may also be up to 40 percent effective at preventing gonorrhea infections, which are becoming increasingly resistant to antibiotics, with some strains completely incurable.

Scary! This STD Is Becoming Impossible To Treat

This once treatable STD is getting too smart for antibiotics.

Everything You Need to Know About Gonorrhea

Back in the 1940s, gonorrhea was mostly a nuisance. World War II soldiers were known to dismiss it as "no worse than a bad cold." A shot of an antibiotic like penicillin and you'd be good as new. It even had an adorable pet name, "the Clap," whose origins are a little unclear; it's either derived from an old French term ("clapier") for brothel—which just so happened to be where many people got gonorrhea—or from an archaic practice of treating gonorrhea by "clapping" both hands against the penis, like a cymbal crash, which forcefully expelled pus from the urethra and allegedly cured the infection. (You're welcome for that mental image!)

5 reasons why 3 STDs are roaring back in America

We don’t talk much about chlamydia, gonorrhea, or syphilis, in part because it can seem like they’re not big health issues anymore. But it turns out more and more Americans may be quietly suffering from these once nearly eliminated STDs.

Gonorrhea is a bacterial STD caused by the bacterium Neisseria gonorrhoeae. It’s transmitted through sexual contact and can infect the mucous membranes of the reproductive system as well as the mouth, throat, and eyes. This STD, like all the others, can show no symptoms at all but, if left untreated, can cause dire consequences.

Untreated women may develop pelvic inflammatory disease (PID), and left untreated in men it can lead to infertility, prostatis or epididymis, and/or narrowing of the urethra which makes it difficult to urinate. Passing it from an infected mother to a child can cause blindness, joint infection, or a life-threatening blood infection. More rarely, in its advanced stages it spreads to the blood or joints and can cause aching or swelling, skin lesions, and infections of the heart, bones, and the sheaths that cover the nervous system.

Gonorrhea is a sexually transmitted disease (STD) that can infect both men and women. It can cause infections in the genitals, rectum, and throat. It is a very common infection, especially among young people ages 15-24 years.

In women, the early symptoms of gonorrhea often are mild. Later, it can cause bleeding between periods, pain when urinating, and increased discharge from the vagina. If untreated, it can lead to pelvic inflammatory disease, which causes problems with pregnancy and infertility.