Where in health am I? : Home / Health Cloud / Challenges / Infections / Throat Infections

Early spring is a peak time for it, but don't rush to antibiotics - Marvin M. Lipman MD 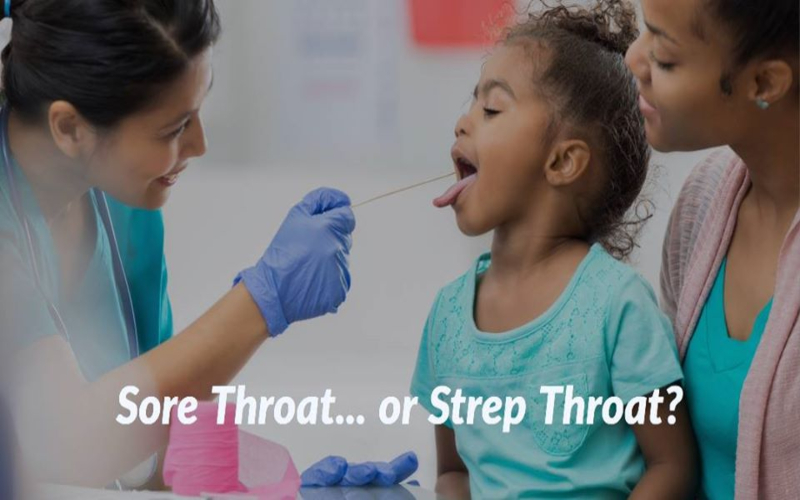 I think I'm coming down with something.

Usually that means I prepare a mug of tea, add a spoonful of honey kept solely for such occasions, and add a dash of lemon juice. This elixir, I've been told, will soothe my sore throat and coax my raspy voice back to normalcy. But does it actually work?

"I have to say, when I have patients that are sick, I often ask them to sip hot tea," says Dr. Edward Damrose, chief of laryngology at Stanford Health Care. "But I'm not sure that it's the tea itself that has the beneficial property, or that the warm water cuts through the phlegm and makes patients feel good."

To figure out whether the classic tea drink alleviates…

How to Tell When Your Sore Throat Is Strep

But strep throat can almost always be distinguished from a viral sore throat on clinical grounds alone. The patient is usually younger than 50, and the sore throat comes on like gangbusters within hours or overnight, making swallowing so difficult that drooling can occur.

A sore throat is one of the most common precursors indicating that sickness is imminent. A sore throat can be caused by many things–from the virus responsible for such ailments as the common cold and mononucleosis to certain bacteria such as those responsible for streptococcus. However, there are other contaminants that may result in a sore throat that are unrelated to illness, such as smoking and various allergies.

Sore throat, cough and phlegm – all you need to know about your horrible cold

“Soreness” is a good thing, despite your throat being red and inflamed. This redness and inflammation comes from blood vessels dilating – letting more blood flow into the infected tissues which, in turn, brings more white blood cells in to fight the infective agent. The presence of the white blood cells causes a doubling of efforts in the tissue, further increasing the redness and temperature of the tissue. This is all part of the body’s mechanism to destroy viruses, as viruses struggle to replicate and are destroyed at these increased temperatures

The National Institute for Health and Care Excellence said most sore throats were caused by viral infections, which cannot be treated by antibiotics. But research suggests antibiotics are prescribed in 60% of sore throat cases.

Avoiding Sore Throat Morbidity and Mortality: When Is It Not “Just a Sore Throat?”

Fusobacterium necrophorum, a newly recognized bacterial cause of pharyngitis, can result in a potentially devastating suppurative complication called Lemierre syndrome, which usually begins with a sore throat that improves over the first four to five days.

Can Your Toothbrush Make You Sick?

Super Gonorrhea Is Spreading: What's Oral Sex Got To Do With It

Oral sex can transmit Neisseria gonorrhoeae from someone's privates to your throat and vice versa. And up to 90% of people with oral gonorrhea have no or minimal symptoms. Yes, many people do not even realize that they have oral gonorrhea.

When is a Sore Throat a More Serious Infection?

Sore throats are common in kids. However, it can be difficult to sort out when your child has a sore throat that will get better on its own, or one caused by a more serious infection. Here's some information on common infections that may include a sore throat.

I think I'm coming down with something. Usually that means I prepare a mug of tea, add a spoonful of honey kept solely for such occasions, and add a dash of lemon juice. This elixir, I've been told, will soothe my sore throat and coax my raspy voice back to normalcy. But does it actually work?

20 Foods That Will Soothe a Sore Throat

With all that winter has to offer, there are a few drawbacks — cold and flu season being one of them. So if you're plagued by a raw, sore throat that makes eating and drinking a pain, try one of these common foods and drinks to help ease the discomfort.

Podcast from EM:RAP... a world-class faculty from around the globe, presenting a range of EM topics in a tightly edited audio format.

Research has shown that it is difficult to confidently tell strep throat from more common viral infections. The presence of a runny nose may be a pointer to a viral infection.A higher fever and predominantly sore throat might make strep infection more likely. Throat swabs can help in diagnosis, although does not 100% confirm that the sore throat is being caused by the strep infection,as a proportion of healthy people(10 to 15 percent) may carry strep in their throats. An antibody tests on the blood ,showing a rise over 2 weeks can confirm strep infection,but this is not practical in the management of most strep sore throats.

Most sore throats are not serious and pass within three to seven days without the need for medical treatment. Over-the-counter painkillers, such as paracetamol or ibuprofen, can usually relieve the symptoms of a sore throat without the need to see a GP.

About 50% to 80% of pharyngitis, or sore throat, symptoms are viral in origin and include a variety of viral pathogens. These pathogens are predominantly rhinovirus, influenza, adenovirus, coronavirus, and parainfluenza.

Is it strep or not? — A combination of symptoms (fever, enlarged glands in the neck, white patches on your tonsils, and no cough) can help in determining if you have strep. If you have two or more symptoms, a rapid test or throat culture may be done. People with fewer than two symptoms usually do not need testing or treatment for strep throat, though they may benefit from treatment with modalities for symptom reduction.