Finding a vaccination site and getting vaccinated is like 'looking for a needle in a haystack'. We can do better - HWN 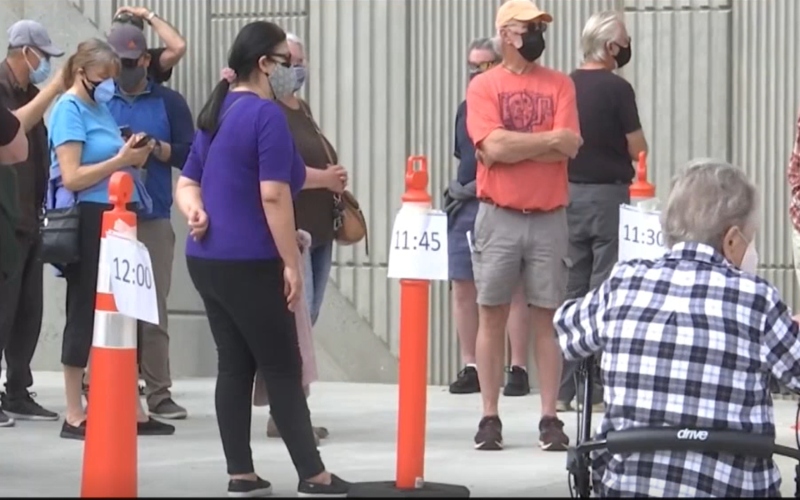 The fact is that the U.S. has now administered more COVID-19 vaccines than any other nation on the planet, with over 35 million doses so far having reached their targets in American arms, and is by far the largest nation in the world to have already given more than 10 vaccines per hundred people.

Whatever the distribution problems of individual states or cherry-picked instances that grab clickbait headlines, this can hardly be termed a failure overall.

And America is just getting started. Last week President Biden announced plans to deploy more than 1,100 active duty military personnel to five mass vaccination sites across the country. As a part of his plan to create 100 such centers in his first month in office, the troops will be hitting the ground running in the next few weeks and vaccinating thousands more Americans each day.

This is on top of the use of the National Guard in individual states as well as the vaccination sites run by hospitals, local health departments, community health centers and more. And starting next week, thousands of retail pharmacies will join the battle as well, potentially vaccinating millions more as the doses become available.

The development of not one but multiple effective vaccines in record time is an American success story, driven by an unprecedented public-private partnership in the form of Operation Warp Speed and the guarantee of a large American market for vaccine producers. The greatest military in the world and an unparalleled free market network for health care providers promise to get that vaccine out to the American people on a scale and timeline truly never before seen in human history.

This is not the case everywhere in the world. While the United Kingdom has been a leader in vaccine distribution, the European Union that they just exited has struggled with mismanaged contracts for vaccine production, and massive shortages and delays. At one point, the beleaguered EU even briefly considered stopping vaccines from crossing the border into Northern Ireland to bolster their own supplies.

And America’s neighbor to the north, Canada, even further behind than most European nations, has just ignited controversy by deciding to dip into the vaccine supplies of the Covax program destined for small or poor countries unable to buy their own vaccine supplies.

By pulling together and using all of the resources at our disposal, the U.S. has been slowly but surely getting the job done. And we’re only getting better from here.

Get vaccinated at a location near you...

Safe and reliable COVID-19 vaccines are becoming available to seniors and healthcare workers in California. But it can be difficult to find out where and how to get a shot. We call hospitals and pharmacies daily to track their vaccine availability and their processes for getting one.

Connecting anyone looking to utilize expiring COVID 19 vaccine doses across the world.

TurboVax finds the latest vaccine appointments from 43 city and state-run administration sites in the NYC area.

This map and list shows the vaccination sites that are open across the country, meaning over 97% of the population is within 10 miles of a vaccine service. There are over 1,500 sites. We update this list every Friday.

Using data from several states that have published their own maps and lists of where vaccination sites are located, NPR identified disparities in the locations of vaccination sites in major cities across the Southern U.S. — with most sites placed in whiter neighborhoods.

The creation of VaccinateCA underscores the growing frustration in California with the state’s handling of the pandemic and vaccine distribution.

California has one of the nation’s worst vaccination rollouts. Residents are crowdsourcing the info the state government should be providing.

N.Y.’s Vaccine Websites Weren’t Working. He Built a New One for $50.

New Yorkers with tech skills were appalled when they tried to make vaccine appointments for older relatives. They knew there was a better way.

When and how will I get a Covid vaccine in the UK?

Three vaccines have been approved, and a vaccination programme has begun. Here’s how it will work

Select a state to find a COVID Vaccine site near you.

Get vaccinated at a location near you.