Where in health am I? : Home / Health Cloud / Challenges / Infections / Viruses / Gain of Function 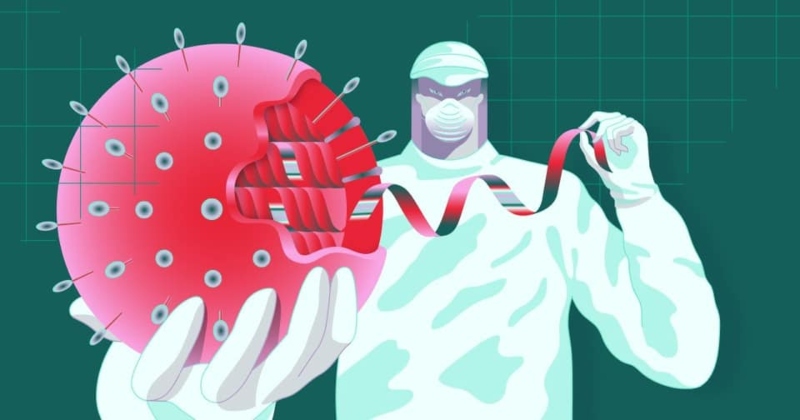 The increased attention to gain-of-function research is a good thing. This kind of highly controversial research — banned under the Obama administration after safety incidents demonstrated that lab containment is rarely airtight — began again under the Trump administration, and many scientists and public health researchers think it’s a really bad idea. Our brush with the horrors of a pandemic might force us to reconsider the warnings those experts have been sounding for years.

The US stopped funding gain-of-function research. Then it started again.

In 2019, Science magazine broke the news that the US government resumed funding two controversial experiments…

The Lab-Leak Hypothesis For decades, scientists have been hot-wiring viruses in hopes of preventing a pandemic, not causing one. But what if …?

The Lab-Leak Hypothesis For decades, scientists have been hot-wiring viruses in hopes of preventing a pandemic, not causing one. But what if …? https://nymag.com/intelligencer/article/coronavirus-lab-escape-theory.html What happened was fairly simple, I’ve come to believe. It was an accident. A virus spent some time in a laboratory, and eventually it got out. SARS-CoV-2, the virus that causes COVID-19, began its existence inside a bat, then it learned how to infect people in a claustrophobic mine shaft, and then it was made more infectious in one or more laboratories, perhaps as part of a scientist’s well-intentioned but risky effort to create a broad-spectrum vaccine. SARS-2 was not designed as a biological weapon. But it was, I think, designed.

In the current debate around SARS-CoV-2, the virus that causes COVID-19, gain of function has a much narrower meaning related to a virus becoming easier to move between humans, or becoming more lethal in humans. It is important to remember, though, that the term “gain of function” by itself covers much more than this type of research.

Why The U.S. Government Stopped Funding A Research Project On Bats And Coronaviruses

The U.S. government has suddenly terminated funding for a years-long research project in China that many experts say is vital to preventing the next major coronavirus outbreak. The project was run by a U.S. nonprofit called EcoHealth Alliance. For more than a decade, the group has been sending teams to China to trap bats, collect samples of their blood, saliva and feces, and then check those samples for new coronaviruses that could spark the next global pandemic

Will These Lab-Made Viruses Prevent a Pandemic?

Gain-of-function mutation research may help predict the next pandemic — or, critics argue, cause one.

A Brief, Terrifying History of Viruses Escaping From Labs

How well-intentioned research with dangerous pathogens could put people at risk.

A long-running debate over U.S. government-funded research that tweaks risky pathogens in ways that could make them more dangerous to humans is flaring up again. This time, at issue is whether officials should make public the work of a closed-door federal committee that weighs the risks and benefits of experiments proposed for funding by the National Institutes of Health (NIH)...

Gain-of-function (GOF) research involves experimentation that aims or is expected to (and/or, perhaps, actually does) increase the transmissibility and/or virulence of pathogens. Such research, when conducted by responsible scientists, usually aims to improve understanding of disease causing agents, their interaction with human hosts, and/or their potential to cause pandemics. The ultimate objective of such research is to better inform public health and preparedness efforts and/or development of medical countermeasures.

Going Viral for the Wrong Reasons

Last week, a story from The Scientist garnered a surprising degree of attention on social media platforms, causing a spike in traffic to that article on our website. Normally a welcome phenomenon, the increased traffic to this 2015 article about a lab-made coronavirus came with an asterisk. Readers weren’t simply perusing the story, enjoying it, and sharing it with friends. At least some people seemed to be using it to spread misinformation and ill-formed theories.

Imagine that scientists wanted to take Ebola virus and see if it could ever become airborne by deliberately causing mutations in the lab and then searching through those new viruses to see if any spread easily through the air. Would that be OK?

Studies of Deadly Flu Virus, Once Banned, Are Set to Resume

The government will allow research on bird flu that had been halted over safety concerns. But officials have not publicly announced the decision nor explained how it was made.

An expert panel is considering how much to reveal about a largely secret review process of 'gain-of-function' research.

The pandemic should make us question the value of gain-of-function research.