Where in health am I? : Home / Health Cloud / Challenges / Infections / Zoonoses

The city is not a concrete jungle, it is a human zoo - Desmond Morris 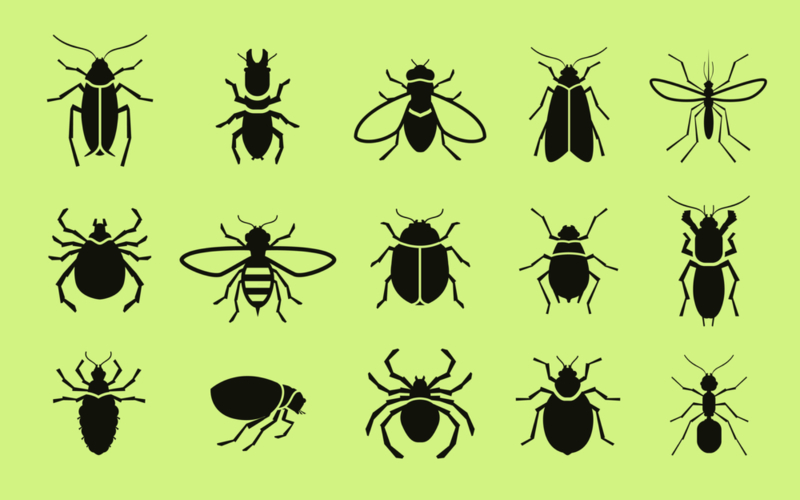 What zoonotic diseases are, and how to stop them

NEW human pathogens arise in two ways. They may evolve from old ones, or they may jump to humanity from other species. The second is the more common route. Infections that jump in this way are called zoonotic diseases, or zoonoses. This seems to have been the route taken by Ebola fever, the latest outbreak of which has claimed more than 10,000 lives.

Ebola is suspected of being bat-borne, though that has yet to be proved beyond doubt. Bats also look like the origin of MERS, a viral illness that appeared in 2012 in the Middle East, and SARS, another virus, which burst upon the world from southern China at the end of 2002. HIV, meanwhile, came from other primates. The pandemic version,…

Insect-Borne Diseases Have Tripled. Here's Why

THE YEAR 2004 was a simpler time to be an infectious disease doctor in the US. Zika and chikungunya hadn’t yet emerged. Mystery RNA viruses weren’t spreading by tick bite around America’s heartland, killing farmers and ranchers. Certainly no one was on the lookout for a meat allergy caused by a tick with a white splotch on its back the shape of Texas. But that was then. Since 2004, the number of people who get diseases transmitted by mosquito, tick, and flea bites has more than tripled, according to a new report released by the Centers for Disease Control and Prevention on Tuesday.

The number of reported illnesses from mosquito, tick, and flea bites has more than tripled since 2004.

Humans gave leprosy to armadillos. Now they are giving it back to us

It’s thus only natural that many might think the disease is a relic of the past. My recent studies in a Brazilian state where the disease is prevalent shows that leprosy is closer to us than we might think, however. The disease is growing in armadillos. And while these animals are not exactly the cuddly type to which humans are drawn, armadillo-to-human contact is spreading. And, when the species do interact, armadillos are giving leprosy back.

Not Fun In The Sun: Summer Infections From Animals

As humans disrupt animal habitats with expansion and development, we will see more zoonotic infections, that is, infections originating from animals. World Zoonoses Day is marked annually on July 6 as a reminder of our interdependence. Why July 6? That marks the anniversary of Louis Pasteur inoculating Joseph Meister with a rabies vaccine in 1885.

What Is the World’s Most Dangerous Animal?

Can my dog get me sick?

It’s possible, but it’s not the most likely culprit.

Can Saving Animals Prevent the Next Deadly Pandemic?

A global disease monitoring network is banking on the idea that healthier wildlife means healthier humans.

This series of blogs is intended to highlight that ours is an integrated ecosystem cohabited by humans and animals, both domesticated and wild. These animals contribute to the health and well-being of people by providing protein-rich nutrients, transportation, fuel, recreation, and companionship. But at the same time they can contribute to public health risks that emerge at the human, animal and ecosystem interface.

An estimated three of every four emerging infectious diseases in humans originate in wildlife. That's not to say that all of the estimated one million animal diseases can make the jump to humans. But when they do, which qualifies the disease as zoonotic, devastating consequences can result. Of particular concern is when the pathogen becomes capable of direct human-to-human transmission.

Here’s Where Animal Diseases Are Jumping into Humans

Ebola, Zika, SARS, and Lyme disease are just a few of the nearly 1,000 zoonoses that pose a risk to humans.

The experts I spoke to agree that the agent most likely to cause the next pandemic will be a virus—more specifically, an RNA virus. These viruses are the bêtes noires of infectious-disease specialists, and are responsible for influenza, MERS, Ebola, SARS, polio, and HIV, among others.

Types of Zoonotic Disease and Their Therapies

Some of the most commonly occurring zoonotic agents include bacteria, fungi, viruses or any other communicable agent...

What Animals Are Most Likely To Make You Sick?

Despite hantavirus in Yosemite, the barnyard is more dangerous than the national park.

What diseases can we catch from our pets?

In fact, humans get many of the same diseases as our pets and often people and animals can be infected from the same source. Here we look at some of the main diseases that can be caught from our pets - and the risks involved.

Animal diseases that can be transmitted to humans are known as “zoonoses.” Seniors are among the most vulnerable to zoonoses.

Diseases that can be transmitted between animals and humans, such as bird flu and tuberculosis, can wreak havoc on the health of both organisms. Now researchers have found 13 so-called zoonoses are responsible for 2.2 million human deaths every year.

Zoonosis: When Cuddling Can Kill

Did you know that H1N1 reached Russia by whale? Or that you can get the flu from a bird and give it to a pig? Find out why viruses tend to jump from animals to us, and why they seem to always pick the cute ones.

What zoonotic diseases are, and how to stop them

NEW human pathogens arise in two ways. They may evolve from old ones, or they may jump to humanity from other species. The second is the more common route. Infections that jump in this way are called zoonotic diseases, or zoonoses. This seems to have been the route taken by Ebola fever, the latest outbreak of which has claimed more than 10,000 lives. Ebola is suspected of being bat-borne, though that has yet to be proved beyond doubt. Bats also look like the origin of MERS, a viral illness that appeared in 2012 in the Middle East, and SARS, another virus, which burst upon the world from southern China at the end of 2002. HIV, meanwhile, came from other primates.

10 Important Facts About Zoonoses and Initiatives Against Them

8 Zoonotic Diseases Shared Between Animals and People of Most Concern in the U.S.

Six out of every 10 infectious diseases in people are zoonotic, which makes it crucial that the nation strengthen its capabilities to prevent and respond to these diseases using a One Health approach. One Health is an approach that recognizes the connection between people, animals, plants, and their shared environment and calls for experts in human, animal, and environmental health to work together to achieve the best health outcomes for all.

14 Diseases You Can Catch From Your Pet

We love our pets to death, but according to the Center for Disease Control and Prevention, there are quite a few illnesses we can get from our dogs and cats that can actually be fatal. While many zoonoses are mild, some can cause serious health problems. Educate yourself now.

EcoHealth Alliance is an international organization of scientists dedicated to the conservation of biodiversity. For more than 40 years, EcoHealth Alliance has focused its efforts on conservation. Today, we are known for our innovative research on the intricate relationships between wildlife, ecosystems and human health.

The National Center for Emerging and Zoonotic Infectious Diseases (NCEZID) works to protect people at home and around the world from emerging and zoonotic infectious diseases ranging from A to Z—anthrax to zoonoses. We are living in an interconnected world where an outbreak of infectious disease is just a plane ride away.

The One Health Initiative is a movement to forge co-equal, all inclusive collaborations between physicians, osteopaths, veterinarians, dentists, nurses and other scientific-health and environmentally related disciplines...

The Institute for Infectious Animal Diseases (IIAD) performs research and develops products to defend the nation from high-consequence foreign animal and zoonotic diseases.

A zoonosis is any disease or infection that is naturally transmissible from vertebrate animals to humans. Animals thus play an essential role in maintaining zoonotic infections in nature. Zoonoses may be bacterial, viral, or parasitic, or may involve unconventional agents. As well as being a public health problem, many of the major zoonotic diseases prevent the efficient production of food of animal origin and create obstacles to international trade in animal products.