Where in health am I? : Home / Health Cloud / Challenges / Infections / Zoonoses / Rabies

The point is to keep your distance. Rabies virus is serious. If a raccoon bites and runs off, we have to assume it is wild and the individual is placed in a treatment that may not have been necessary - Charles Henry 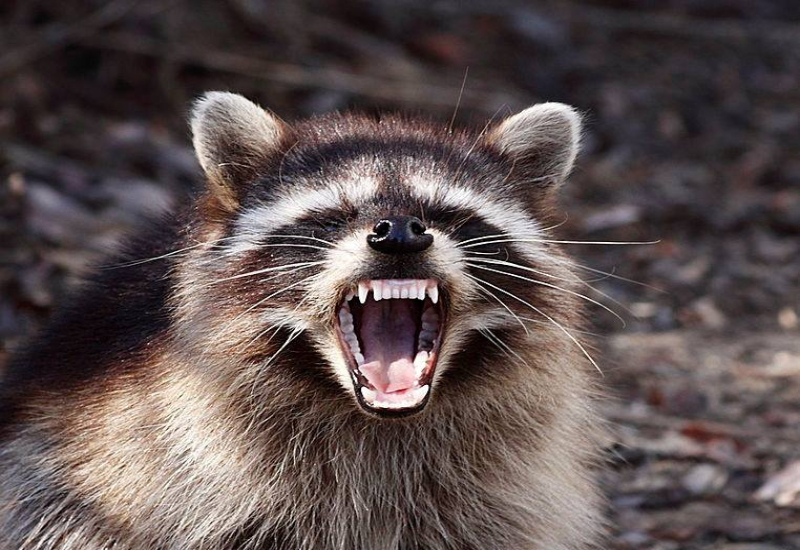 The State of Rabies: Treating a Disease That Often Leads to Death

When my father was a boy, in the 1930s, living in Clinton, Massachusetts, he was attacked and bitten by a dog in the woods near his home. The animal was never found and, rabies being so prevalent among feral dogs at the time, he was forced to undergo preventive treatment for the disease. In the late 19th century, Louis Pasteur devised a strategy to immunize against rabies by progressively attenuating a virus by successive passage through rabbit spinal cords. The "Pasteur Treatment" involved injections of up to 25 doses of this crudely purified vaccine, three on the first day and then one per day over the next three weeks into the abdominal wall. The idea is to develop immunity -- antibodies…

A person who is exposed and has never been vaccinated against rabies should get 4 doses of rabies vaccine—one dose right away, and additional doses on the 3rd, 7th, and 14th days. They should also get another shot called Rabies Immune Globulin at the same time as the first dose.

Sometimes the interests of humans and animals are the same, but humans have to save the animals first.

Bats, Not Dogs, Are the Most Common Source of Rabies

In the United States, if you get bitten by a bat, get rabies shots.

How to end human deaths from rabies: lessons from Kenya

When a person hears about rabies, it’s often not thought of as an immediate personal threat. But rabies kills about 60,000 people every year – the majority of deaths are in Africa and Asia. This year several major international organisations have, for the second year in a row, endorsed the global goal of elimination of human deaths from dog rabies by 2030. It also marks three years since Kenya launched a strategic plan that would progressively reduce human deaths due to dog rabies to make the country rabies free by 2030.

Rabies is rare in the United States, but the threat isn't totally gone.

Where Rabies Is Entrenched

The vast majority of the estimated 59,000 human deaths each year from rabies are in Africa and Asia, in countries with large populations of free-roaming dogs that provide a so-called reservoir for the virus.

Why a simple, lifesaving rabies shot can cost $10,000 in America

In our feature for Wired this month, we explore the controversy over the Milwaukee Protocol: an experimental treatment regimen for rabies that may have saved the teenage girl in 2004 and five more patients since then. But many top rabies scientists still doubt whether the treatment method, which involves inducing a medical coma, is the best way to treat rabies patients.

Fangs for the memory…..a guide to rabies post exposure treatment

It’s important that you know what post exposure treatment you should expect to receive. Studies have shown that local understanding and knowledge of rabies post exposure treatment can be sketchy and very limited. Travellers should not automatically accept the word or advice of local non-medical trained staff about what to do after possible rabies exposure.

He developed his rabies vaccine by growing the virus in rabbits, then drying the affected nerve tissue to weaken the virus. On July 6, 1885, the vaccine was administered to Joseph Meister, a 9-year-old boy who had been attacked by a rabid dog. The boy survived and avoided contracting rabies, which would have almost certainly proved fatal. Good thing it worked: Pasteur was not a licensed physician and could have been prosecuted had the vaccine failed. The legalities were forgotten, and Pasteur instead became a national hero.

Medical Mystery: Only One Person Has Survived Rabies without Vaccine--But How?

Four years after she nearly died from rabies, Jeanna Giese is being heralded as the first person known to have survived the virus without receiving a preventative vaccine.

The transmission of the disease almost always occurs as a result of an infected animal biting a non-infected animal. Skunks, raccoons, foxes, coyotes and bats are the animals most likely to transmit the virus. There have been a few reported cases of infection resulting from aerosolization occurring in caves where large quantities of infected bats reside. Rabies virus does not live very long outside the host and remains viable in the carcass of an infected animal for less than 24 hours.

Rabies Returns to France After a Decade of Eradication

What makes the whole thing really scary is that the patient never knew they'd been bitten. People don't die very much from rabies anymore for two reasons: intensive animal vaccination programs and post-exposure prophylaxis, e.g. if someone gets bitten by an animal that may have even the smallest chance of carrying rabies, it's possible to head off the illness' onset with a barrage of shots. Rabies is recognized as perhaps the most successful disease eradication effort in history.

The highest risk species for rabies in California are bats, skunks, and foxes. Risk is also high for raccoon and coyote bites. Bites from birds, reptiles, and small rodents (including squirrels) present a negligible risk of rabies. Most other wildlife that are not rabies reservoirs (including opossums) fall into a middle level of risk.

Review of: Rabid: A Cultural History of the World’s Most Diabolical Virus

The fear of rabies lurks deep in the world’s collective consciousness. In their book, Rabid: A Cultural History of the World’s Most Diabolical Virus , Bill Wasik and Monica Murphy describe the cultural impact of this rare but viscerally terrifying viral infection. This book spans both millennia and the globe with descriptions of Greek myths with rabid overtones and the rabies outbreak in New York’s Central Park in 2009.

The Costs of Not Dying From Rabies

The math is easy, the lesson hard. In short: the cost of RPEP is considerable, often compulsory, and yet another argument for health insurance.

The Quest to Beat Rabies at Its Own Neuro-Destructive Game

Rabies not only hijacks the nervous system's machinery, it also manipulates that machinery to move faster.

Rabies has never killed humans in great numbers, but it inspires fear far out of proportion to the risks. In part, this is because of the savage, almost supernatural mania that can grip its victims before they die.

We Now Know Why Rabies is a Speeding Bullet

One of the most striking features of infection is the unique timeline of infection. When the virus is introduced into the human body, usually through a bite from an infected animal although other routes are possible, a period of weeks to months is needed before symptoms develop. However, once symptoms develop, the infection lasts only a few days before the victim reaches his or her untimely demise. Over the last forty years, researchers have attempted to better understand the progression of infection although many results only added to the mystery.

Why Rabies Should Be On Your Radar

In general, if you witness any wild animal behaving aggressively or in a strange manner—especially during the day—the best advice is to stay away and call your local animal control and law enforcement agencies.

The State of Rabies: Treating a Disease That Often Leads to Death

The archetypal zoonotic disease, rabies can spread between animals and humans as it has the ability to infect -- and kill -- all mammals.

Five Things to Know About Rabies

The World Health Organization has set a goal to reach zero human deaths from canine rabies by 2030. That is not the same as, for example, eliminating the smallpox virus, which involved complete eradication. It would mean eliminating most canine rabies by vaccinating dogs in combination with providing post-bite treatment. That in itself is a huge challenge.

The leading organization working for the global prevention of rabies. Freeing people and animals from the threat of rabies.

Research has demonstrated that overvaccination can cause harmful adverse effects in dogs. Immunologically, the rabies vaccine is the most potent of the veterinary vaccines and associated with significant adverse reactions such as polyneuropathy resulting in muscular atrophy, inhibition or interruption of neuronal control of tissue and organ function, incoordination... The goal of The Rabies Challenge Fund Charitable Trust is to extend the legally required interval for rabies boosters to 5 and then 7 years by financing the concurrent 5 and 7 year rabies challenge studies...

The Blueprint for Rabies Prevention and Control has been developed by global rabies experts to serve as a guide for countries that would like to prevent human rabies by eliminating animal rabies within their borders. It provides access to all relevant international guidelines for rabies control and prevention, together with practical information, advice and case studies on how rabies control can be achieved.

The vast majority of rabies cases reported to the Centers for Disease Control and Prevention (CDC) each year occur in wild animals like raccoons, skunks, bats, and foxes.

In Los Angeles County, the only known animals to routinely carry rabies are BATS. Over the last 100 years, rabies in the United States has changed dramatically. More than 90% of all animal cases reported annually to CDC now occur in wildlife; before 1960 the majority were in domestic animals. The principal rabies hosts today are wild carnivores and bats. The number of rabies-related human deaths in the United States has declined from more than 100 annually at the turn of the century to one or two per year in the 1990's. Modern day prophylaxis has proven nearly 100% successful.

Rabies can be totally prevented with appropriate treatment. You must recognize the exposure and promptly get appropriate medical care before you develop the symptoms of rabies.

If you suspect that your child was bitten by an unknown dog, bat, rat, or other animal, contact your doctor immediately or take your child to the emergency department.

Almost all cases of rabies in the UK have resulted from an infection occurring abroad. However, there have been some recorded cases of a rabies-like virus affecting UK bats. In 2002, an unvaccinated bat handler in Scotland died from the infection. It is rare for bat rabies viruses to infect other animals and the risk of human infection is thought to be low. Nevertheless, if you find an injured bat or a bat that needs to be moved, do not touch it.

Rabies is a zoonosis (a disease that is transmitted from animals to humans) that is caused by a virus. It is known to be present in more than 150 countries and territories of all continents except Antarctica. Rabies is a 100% preventable disease.