Most ticks don’t carry the bacteria, so there’s little risk of getting the disease even if bitten, but knowing what symptoms to look for can be a big help in getting quick treatment if you are infected - Mukesh Patel MD 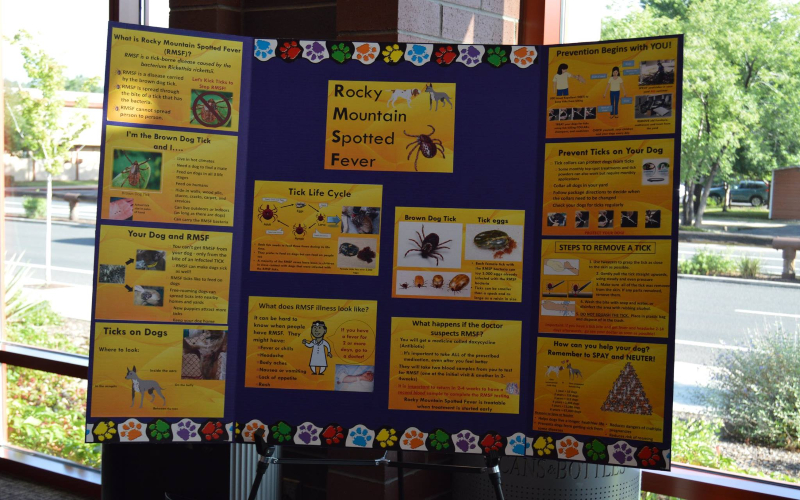 1. You don’t have to be in the Rocky Mountains to catch RMSF. There are four types of ticks in the U.S. that can transmit this bacteria to you: the American dog tick (Dermacentor variabilis), Rocky Mountain wood tick (Dermacentor andersoni), brown dog tick (Rhipicephalus sanguineus), and the Cayenne tick (Amblyomma cajennense). Cases of RMSF have been reported all over the U.S., and there have also been some in Canada. In 2008, all but 8 states reported cases of RMSF to the CDC.

2. Rocky Mountain spotted fever can be a deadly disease if not treated promptly. The national fatality rate is about 3%, but this rate is much higher in certain states…

All His Symptoms Pointed Toward the Flu. But the Test Was Negative.

The most likely was Rocky Mountain spotted fever (R.M.S.F.). The name is a misnomer: R.M.S.F. is much more common in the Smoky Mountains than the Rocky Mountains, and the spotted-fever part, the rash, is not seen in all cases.

People with Rocky Mountain spotted fever typically develop symptoms one to two weeks after being bitten by an infected tick. They can develop fever, nausea, headache and muscle pain. As the bacteria infect blood vessel linings, blood begins to pool under the skin, resulting in a rash that can look like red splotches or spots. The longer people wait before seeing a doctor and starting treatment with antibiotics, the greater chance they may die.

How did Shane Doan wind up with Rocky Mountain spotted fever?

It's probably time to learn something about what he's dealing with, though: it's a tick-borne illness "that can be fatal in the first eight days of symptoms if not treated correctly, even in previously healthy people," according to the Centers for Disease Control and Prevention . That's a particular problem, given that it's difficult to diagnose and that the initial symptoms are fairly generic, including fever, headache, nausea and vomiting.

Many of us feel it’s best to inject Lidocaine under the tick using a small bore insulin style syringe/needle, then pull it out.

“Most ticks don’t carry the bacteria, so there’s little risk of getting the disease even if bitten,” he said, “but knowing what symptoms to look for can be a big help in getting quick treatment if you are infected.”

One of the better reviews of RMSF.

Rocky Mountain spotted fever (RMSF) is the most serious tick-borne disease in the United States and is caused by Rickettsia rickettsii, a type of bacteria known as rickettsia. These bacteria are transmitted to humans by the bite of certain hard ticks. The two most important species of ticks that can transmit R. rickettsii in the United States are Dermacentor variabilis (the American dog tick) and Dermacentor andersoni (Rocky Mountain wood tick).

Rocky Mountain spotted fever (RMSF) is one of about a dozen spotted fever illnesses found in the Americas, Europe, Asia and Australia. All are caused by bacteria belonging to the genus Rickettsia, a group of pleomorphic (shape-changing), non-motile microbes that replicate only inside of eukaryotic host cells.

The Tick That Bit Me

Infection with Rickettsia rickettsii bacteria transmitted through a tick bite. Humans can also become infected by squashing ticks with their bare hands. Types of ticks that spread RMSF include: the American dog tick (Dermacentor variabilis), Rocky Mountain wood tick (Dermacentor andersoni), brown dog tick (Rhipicephalus sanguineus), and the Cayenne tick (Amblyomma cajennense). “Rocky Mountain” is a misnomer, as many cases have also been reported in the eastern United States.

Rocky Mountain spotted fever can be a severe or even fatal illness if not treated in the first few days of symptoms. Doxycycline is the first line treatment for adults and children of all ages, and is most effective if started before the fifth day of symptoms. The initial diagnosis is made based on clinical signs and symptoms, and medical history, and can later be confirmed by using specialized laboratory tests. RMSF and other tickborne diseases can be prevented.

Although RMSF is most common in the southeastern part of the United States (Virginia, Georgia, and the Carolinas), it occurs in other states as well. It's relatively rare (about 250 to 2,000 cases per year in the United States), but can be a serious disease if not treated properly.