Where in health am I? : Home / Health Cloud / Challenges / Cancer / Cancers / Liver Cancer

You see, liver cancer isn't a glamorous disease. It's associated with drinking. It's one of those cancers (the other being lung cancer) people think you bring on yourself - Cara Joy David 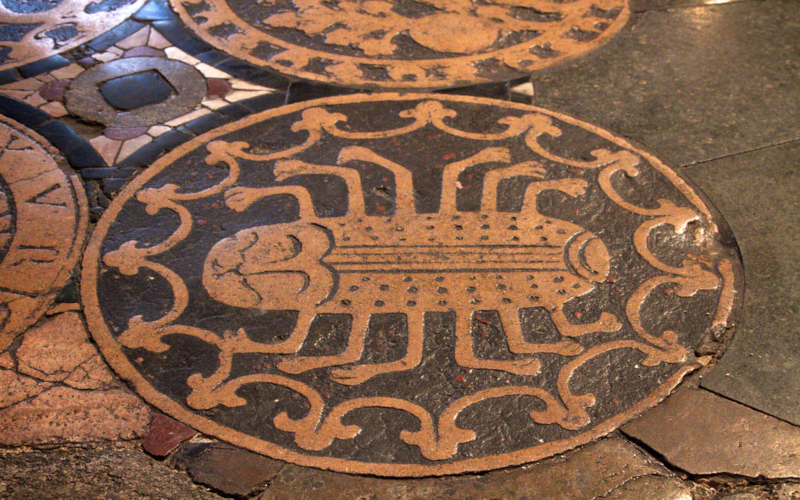 “We need a holistic, comprehensive approach” to tackling aflatoxins, says Amare Ayalew. Aflatoxicity is just one of the foodborne illnesses, such as salmonella infection, that disproportionately affect Africa.

Aflatoxin is a type of toxin caused by a fungus (certain kinds of Aspergillus) that occurs naturally in hot and humid climates. It’s a silent killer as it doesn’t change the taste of food, according to Ayalew, a plant pathologist and the program manager for the Partnership for Aflatoxin Control in Africa (PACA). This tenacious carcinogen also resists cooking, making it hard to eradicate once it enters the food system.

Well over half the world’s population is chronically…

Doctors are drowning in a tsunami of liver disease and cancer

Deaths from liver cancer in Canada have doubled over the past 25 years. And to make matters worse, there’s an epidemic of liver cancer on the horizon if action isn’t taken soon. While less people are dying from most major cancers — such as breast cancer and lung cancer — liver cancer (hepatocellular carcinoma or HCC) is bucking the trend and heading in the wrong direction.

Liver cancer: Why do more people have it, and what's helping fight the upward trend?

Liver cancer incidence is on the rise. But lifestyle changes and new treatment options may help lower the risk.

More Americans Are Dying of Cirrhosis and Liver Cancer

Death rates from both diseases have risen sharply, particularly among young adults over the last decade. A possible villain: the Great Recession.

Why men are more likely to develop liver cancer

Researchers have discovered that a hormone secreted by fat cells that is present at higher levels in women can stop liver cells from becoming cancerous. The study helps explain why hepatocellular carcinoma (HCC) is more common in men, and could lead to new treatments for the disease, which is the fourth leading cause of cancer-related death worldwide.

As reovirus is already available in a clinically usable form, our next step is to secure support for early clinical trials assessing how this therapy might act alongside current liver cancer drugs. In the future, we envisage that this or similar strategies might be useful for treating multiple tumours caused by virus infection. Effectively, by pitting curative against causative viruses, we hope to improve outcomes for cancer patients in the future.

Aflatoxin, which can cause liver cancer, is transmitted to people through milk products, meats from animals fed contaminated field corn or nut meals, and from peanut butter, cornmeal and grits. In the United States aflatoxin contamination is most common is the southeast in peanuts and corn products. Fresh, frozen or canned sweet corn typically does not contain any aflatoxin.

For Your Liver's Sake, You Should Probably Keep Drinking Coffee

Researchers are not sure why coffee might protect against the disease, but they hypothesized that certain compounds in the beverage could help to fight toxins. "Both coffee and coffee extracts have also been shown to reduce the expression of genes involved in inflammation, and the effects appear to be most pronounced in the liver," the report reads.

Hispanics In Texas Have The Highest Rate Of Liver Cancer

HCC, hepatocellular carcinoma, is the most common type of liver cancer seen in patients in the United States, but when it comes to Hispanics–particularly Mexican Americans in Texas–this form of cancer is on the verge of becoming epidemic.

How Much Does Alcohol Affect Your Risk Of Liver Cancer?

The one surefire way to protect yourself from alcoholic liver disease is to avoid alcohol entirely. That said, most occasional social drinkers won’t contract alcoholic liver cirrhosis. Anyone who drinks heavily has a greater risk of getting liver cancer, whether that’s weekend binge drinking or a daily intake of two or more alcoholic drinks a day.

Learn From My Friend's Death: Love Your Liver

You see, liver cancer isn't a glamorous disease. It's associated with drinking. It's one of those cancers (the other being lung cancer) people think you bring on yourself. Except Al never drank. It's not that he was a recovering alcoholic or anything, he just never drank. He developed liver cancer after becoming afflicted with hepatitis.

Lisa Leslie Looks to Help Win a New Battle, One of Cancer Awareness

Now Leslie takes on another challenge, helping to grow awareness for a disease that is close to her heart (her stepdad Tom passed away from liver cancer) but does not have the celebrity cache or the large funding pools for advertising that other causes have.

A large study has found that body mass index, waist circumference and diabetes are all associated with an increased risk for liver cancer. Liver cancer is the sixth most common cancer, and its incidence has tripled since the mid-1970s in the United States.

The former Bee Gee, 61, had recently been suffering from abdominal cramps and had lost a lot of weight. At first, Gibb wasn’t too worried because he’s always been thin and was a long time vegetarian. Gibb assumed that the gas and cramps he was experiencing were a normal part of his vegetable heavy diet, however the cramps worsened and eventually he had to be rushed to the hospital by ambulance.

Liver cancer is the third most common cause of death among the seven million people who die from cancer annually across the globe. Early death from liver cancer could be reduced if HIV-positive people were more rigorously screened for hepatitis B.

Take a dose of this bacteria, genetically altered by scientists at MIT, and your urine will glow if liver cancer is present.

Aflatoxin contamination is already a public health calamity. With ever more of the world being touched by it, that may drive further resources to combatting it.

The Al D. Rodriguez Liver Foundation is a 501(c)(3) non-profit organization that provides resources, education and information related to screening, the prevention of and treatment for the Hepatitis Virus and Liver Cancer. Our mission is to educate people about the relationship between chronic infection of the Hepatitis Virus and its association with Hepatocellular Carcinoma (HCC) - which is the most common cause of liver cancer.

MISSION: to provide information, education, support, options, and hope for those affected by liver tumors.

I am a liver

With cancer, there are generally only two categories of living patients: those in treatment (patients) and those who have finished treatment (survivors). I don’t fit fully into any of these categories so I made up a new one: I am a liver.

The only international organisation devoted exclusively to liver cancer research for experts from all related disciplines.

The liver is the largest organ inside the body, and performs many vital functions: a person cannot survive without his or her liver. More common in African and East Asian countries, liver cancer is often tied to hepatitis infection (A, B, and C), exposure to toxic chemicals, or excessive alcohol consumption. Symptoms of liver cancer are often nonspecific, and are not apparent until later stages of the disease.

American Association for the Study of Liver Diseases

Some of the latest news related to liver cancer.

There are several risk factors for liver cancer: Long-term hepatitis B and hepatitis C infection are linked to liver cancer because they often lead to cirrhosis. Hepatitis B can lead to liver cancer without cirrhosis. Excessive alcohol use. Obesity and diabetes are closely associated with a type of liver abnormality called nonalcoholic fatty liver disease (NAFLD) that may increase the risk of liver cancer, especially in those who drink heavily or have viral hepatitis. Certain inherited metabolic diseases. Environmental exposure to aflatoxins.

If you are facing liver cancer, we can help you learn about your treatment options and possible side effects, and point you to information and services to help you get through treatment and live well afterward.

Fred Hutch scientists are pursuing new therapies for liver cancer and developing news ways to detect the disease at its earliest, most treatable stages. Researchers are studying why some people get liver cancer after a hepatitis C infection.

Symptoms of liver cancer arise most commonly in the later stages of the disease and include weight loss, nausea, vomiting, loss of appetite, fatigue, and abdominal swelling. These symptoms are fairly nonspecific and can occur with cancers in other locations as well as some chronic diseases. Other symptoms of liver cancer include a yellowish discoloration of the skin and whites of the eyes (jaundice), enlarged and tender liver, and chalky, white-colored stools.

Symptoms can include a lump or pain on the right side of your abdomen and yellowing of the skin. However, you may not have symptoms until the cancer is advanced. This makes it harder to treat. Doctors use tests that examine the liver and the blood to diagnose liver cancer. Treatment options include surgery, radiation, chemotherapy, or liver transplantation.

Symptoms of liver cancer are often vague and don't appear until the cancer is at an advanced stage. They can include: •unexplained weight loss •loss of appetite •feeling very full after eating, even if the meal was small •feeling sick and vomiting •pain or swelling in your abdomen (tummy) •jaundice (yellowing of your skin and the whites of your eyes) •itchy skin •feeling very tired and weak