Where in health am I? : Home / Health Cloud / Challenges / Cancer / Cancers / Thyroid Cancer 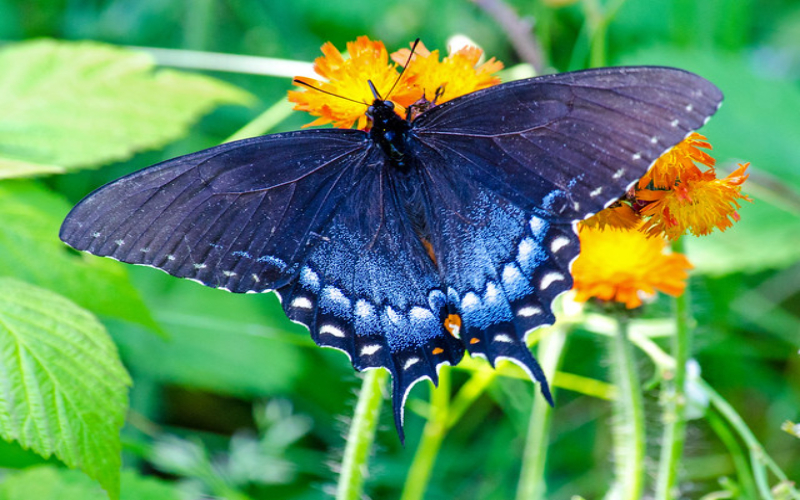 Five years ago, I thought I was suffering from springtime allergies. My nose felt stuffy, and I was experiencing dull ear pain and pressure inside my ear canal—which I attributed to the fact that I was blowing my nose so much.

I also had a raspy voice, which I assumed was the result of postnasal drip. At the time, I was a busy single mom of a 6-year-old boy who worked in publishing and as an author. So I resorted to my usual OTC allergy meds, armed myself with tissues, and waited for my symptoms to pass. But a month later, I was still using nasal spray 24-7. Thankfully my yearly checkup with my internist was rounding the corner. At my appointment, my doctor examined my neck…

Stop what you're doing and #checkyourneck. Feel something? Say something, fast. Thyroid cancer strikes three women for every one guy, and it’s much more curable if you catch it early - Christine Coppa

According to the statistics, 80% of individuals diagnosed with thyroid cancer are women. In the past several years, it has become the number one cancer diagnosed in young Canadians. There are no known “causes” of thyroid cancer except for in individuals who have been directly exposed to a high level of radiation (not very common).

Thyroid Cancer Rates Are Rising For An Infuriating Reason

The last four decades have witnessed an explosion of thyroid cancer diagnoses in the U.S. People are three times more likely to receive cancer diagnoses now than they were in 1975. Why? Is it chemicals in the water supply? A side effect of all those childhood vaccines? Or is it because a TV ad convinced people to ask their doctors to check their neck?

Two new studies pose questions about why thyroid cancer cases are on the rise and could prompt a shift in long-held thinking.

Watchful waiting may help many patients avoid surgery altogether, but some people may feel too anxious living with a cancer diagnosis and still decide that surgery is right for them. No matter what the patient chooses, it is vital for the entire team to support his or her decision.

7 Things You Need to Know About Thyroid Cancer

Thyroid nodules, or growths, are very common. 50-70 of postmenopausal females have nodules and even 20-30% of women in their 30s and 40s have nodules. However, most are benign and can be watched once discovered. However, 5-10% are cancerous and therefore, if you have a thyroid nodule, it should be examined with a screening ultrasound.

A Journey Through Thyroid Cancer

This is such a slow-growing, non-aggressive cancer that I need to wait until 2020 to be declared officially clean and clear. I’m not too happy about that, as it means a few more scans, which are very inconvenient, frustrating and annoying, and always have the possibility of bad news – return of cancer somewhere. I’m pretty excited to be done with it, and very optimistic and hopeful that I will never need another surgery or 131I treatment again. Keeping my fingers crossed…

An Epidemic of Thyroid Cancer?

The setting is South Korea, where, over the last two decades, the incidence of thyroid cancer has increased fifteenfold. Nowhere in the world is the rate of any cancer growing faster. We’ve all been taught to seek biological explanations for a significant rise in disease — perhaps a new infectious agent or environmental exposure. But in South Korea, we are seeing something different: an epidemic of diagnosis.

So anyway. I found out a few weeks ago I had thyroid cancer. I didn't want to say anything because I've been told it's a bad idea to air anything that makes you look unstable in any way.

Flight attendants are more likely to get cancer than most, according to a new Harvard study

A new study published in the journal Environmental Health measured cancer rates among US airline-cabin crews relative to the overall American population and found a greater prevalence of cancer among flight attendants. Rates among flight attendants were especially high for breast, uterine, cervical, gastrointestinal, and thyroid cancer. There are a multitude of factors, and not one single reason for this cancer gap, according to the study.

Got a Thyroid Tumor? Most Should Be Left Alone.

How would we know if there’s an overdiagnosis problem? Simple, medical experts say. In a real cancer epidemic, deaths would increase in lock step with increasing incidence. But a rise in cancer cases while the death rate does not budge points to overdiagnosis. And that, sadly enough, is what has happened.

At the time I knew nothing about thyroid cancer. I knew I had a thyroid but didn’t really know what it did. We are told to check our skin for moles or for lumps in our breasts but no one ever talks about checking your neck.

To be sure, thyroid cancer can be lethal. This year some 63,000 people in the United States will find out they have thyroid cancer according to the National Cancer Institute. But fewer than 2,000 will die from it. The most common forms of thyroid “cancer” are essentially benign; although these growths are called tumors, they are unlikely to cause significant harm. Because the aggressive thyroid cancer types – occasional medullary or anaplastic forms – are rare, screening people without symptoms for thyroid cancer doesn’t make sense, nor is it feasible with extant technology.

I never gave much thought to my thyroid. But amid all the testing and my cancer diagnosis, I learned just how important it is. This butterfly-shaped gland produces thyroid hormone (TH), which regulates just about every function in the body, such as metabolism, heartbeat, temperature, mood, and other important processes. It reaches out to nearly every cell in the body.

The mission of the Light of Life Foundation (a 501(c)(3) non-profit organization) is to improve the quality of life of thyroid cancer patients through continual education of the lay public and the medical community, and by promoting research and development to improve thyroid cancer care.

The Head and Neck and Thyroid Cancer Institute of Beth Israel in New York, New York, collaborates with The Institute for Reconstruction Sciences in Medicine in Edmonton, Alberta, Canada, the University of Turku and Turku University Hospital in Finland, and the University Medical Center Freiburg, Department of Maxillofacial Surgery, Freiburg, Germany, by gathering data to improve patient diagnosis, treatment and care.

The mission of the International Thyroid Oncology Group is to catalyze a cure for the most challenging thyroid cancers through the collaborative efforts of our unique multidisciplinary team of leading physicians, scientists, and advocates to design, coordinate, and prioritize state-of-the-art clinical trials and correlative science.

Thyroid cancer generally presents as a nodule, lump, or mass in the thyroid. Less commonly, a swollen gland or lymph node in the neck may be the initial manifestation of the disease.

We are committed to supporting research and education in the early detection and treatment of thyroid and head and neck cancer, to advancing new therapies, and to alleviating the suffering and functional impairment of patients who undergo treatment.

The Christopher Murphy Foundation was created to raise money for head and neck cancer patients who need financial assistance with treatment. We hope to help some of the 40,000 individuals who are diagnosed with these cancers each year. The journey that led to the creation of the foundation started in September 2007, when I was given the great opportunity to work for The Los Angeles Country Club...

Thyroid cancer is treated differently from other cancers. Even though they have cancer, thyroid cancer patients are not often treated in cancer centers, and do not have access to the same psychological and emotional support as other cancer patients. Our programming provides them with much-needed peer support, hope and encouragement.

The annual incidence of thyroid cancer varies considerably in different registries, ranging from 1.2-2.6 per 100,000 individuals in men and from 2.0-3.8 per 100,000 in women (106,107). It is particularly elevated in Iceland and Hawaii, being nearly two times higher than in North European countries, Canada and the USA.

The Thyroid Foundation of Canada is a non-profit registered volunteer organzation whose mission is to support thyroid patients across Canada through awareness, education, and research.

Understanding treatment options, accessing new and innovative therapies through clinical trials, as well as understanding the role of supportive care and complementary and alternative medicine are essential.

There are about 20,000 new cases of thyroid cancer each year in the United States. Females are more likely to have thyroid cancer at a ratio of three to one. Thyroid cancer can occur in any age group, although it is most common after age 30 and its aggressiveness increases significantly in older patients.

Hypoparathyroidism Association, Inc. is a voluntary, non-profit organization dedicated to improving the lives of people with all forms of Hypoparathyroidism, a rare medical disorder, by maintaining a worldwide network of family support, and promoting public, as well as professional, awareness of this disorder through a quarterly newsletter and our website.

The thyroid is a hormone-producing gland at the front of our neck (beneath the larynx). Usually, thyroid cells grow and divide, as the body needs them. Sometimes, this process goes awry, leading to the buildup of extra cells. While this buildup of extra cells often forms a benign mass, or nodule, occasionally these lumps can become cancerous. Any new lumps on your thyroid should be brought to your doctor’s attention.

Why You Should Stop Calling Thyroid Cancer 'Good Cancer'

A thyroid cancer diagnosis has a strange reputation: It's cancer, but with a near 100 percent survival rate when caught in the early stages, it's one of the "good" cancers, as many doctors and even other survivors will tell you. But Alan Ho, M.D., Ph.D., thinks that categorization is a common misunderstanding of people who have never had thyroid cancer nor treated it.