Where in health am I? : Home / Health Cloud / Challenges / Cancer / Facilities

The world is come upon me, I used to keep it a long way off, But now I have been run over and I am in the hands of the hospital staff ― Stevie Smith, Selected Poems 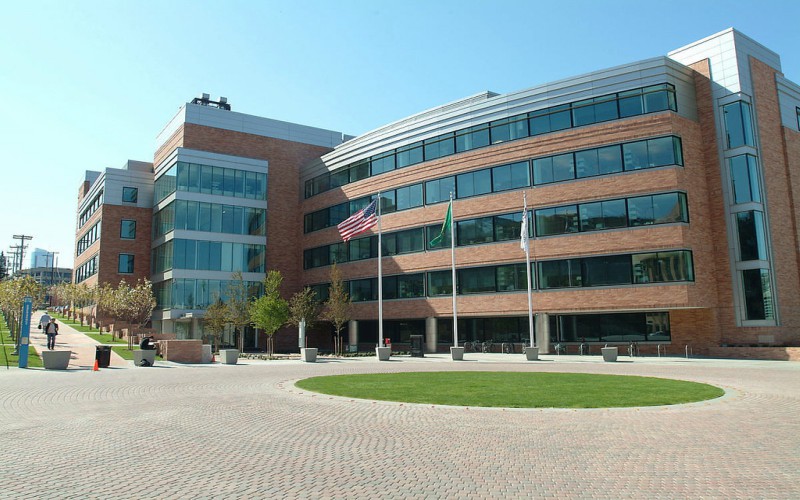 Sometimes it’s the patient, not the doctor or hospital administrator, who knows best. Stanford Cancer Center South Bay has espoused this ethos in every aspect of its development, including having patients conduct interviews for hiring.

As Katie Abbott, the senior program manager for business operations, puts it: “Being in healthcare as a clinician or an administrator doesn’t mean you’re saved from being a patient. But we still become blind a bit and miss things—it really takes those eyes of other folks to help us design better.”

The center, which opened in June, employs patients and family members from Stanford’s Palo Alto center, as well as a local community cancer…

Fast, Precise Cancer Care Is Coming to a Hospital Near You

OF ALL THE cancers in the world, lung cancer is the deadliest. This year, the National Cancer Institute estimates it will kill 150,000 people, despite a growing number of more targeted therapies. But that could all soon change. On Thursday, the Food and Drug Administration approved the first next-generation-sequencing-based test, from Thermo Fisher Scientific, that can tell you how different drugs will work for you, based on the genetic makeup of your tumor. And it only takes four days to get back results.

Hundreds of doctors packed an auditorium at Memorial Sloan Kettering Cancer Center on Oct. 1, deeply angered by revelations that the hospital’s top medical officer and other leaders had cultivated lucrative relationships with for-profit companies. One by one, they stood up to challenge the stewardship of their beloved institution, often to emotional applause. Some speakers accused their leaders of letting the quest to make more money undermine the hospital’s mission. Others bemoaned a rigid, hierarchical management that had left them feeling they had no real voice in the hospital’s direction.

In a Test, Cancer Hospital Customizes Diet to Help Patients

Loss of appetite and difficulty eating weakens many cancer patients and keeps them from healing.

In the past, proton therapy was used largely to treat prostate cancer, because of the ability to limit the area affected by the radiation. But recently, the technology has advanced, and the applications for using it have widened to other types of cancer.

Why We Switched Hospitals Mid-Cancer Treatment

Medically, the first hospital did everything right. I am grateful for that. The surgeon who removed my son's tumor was one of the best pediatric neurosurgeons in the U.S. The nurses on the oncology floor did their job well. But I was miserable.

Sometimes it’s the patient, not the doctor or hospital administrator, who knows best. Stanford Cancer Center South Bay has espoused this ethos in every aspect of its development, including having patients conduct interviews for hiring.

Top 10 Cancer Hospitals in the US

Of those that topped the list as the best cancer hospitals in the U.S., each has met the standard of care required by the National Cancer Institute to receive the official "Comprehensive Cancer Center" designation. Today, there are only 69 hospitals to have received such status. From New York to Minnesota to California, here are top 10 cancer hospitals you should know about...

30 Most Technologically Advanced Cancer Centers in the World

When it comes specifically to technologically-advanced cancer centers, we considered two main factors: the range and quality of cutting-edge treatment options (this includes state-of-the-art facilities, operating rooms, and patient services as well as top-of-the-line diagnostic, imaging, and surgical methods/equipment) and the range and sophistication of innovative research practices. For this reason, many of the cancer centers we have included are associated with major research universities and/or national research institutions.

NCI-designated Cancer Centers are characterized by scientific excellence and the capability to integrate a diversity of research approaches to focus on the problem of cancer. They play a vital role in advancing towards our goal of reducing morbidity and mortality from cancer.

NCI-Designated Cancer Centers deliver cutting-edge cancer treatments to patients in communities across the United States. Find a center near you and learn about its patient services and research capabilities.

U.S. News provides information about 889 hospitals that see many challenging Cancer patients. Listed hospitals had to treat at least 195 such Medicare inpatients in 2014, 2015 and 2016 in order to be eligible for this cancer ranking. The 50 top-scoring hospitals are ranked, followed by high performing hospitals.

CTCA offers patients the most sophisticated forms of surgery, radiation and chemotherapy in combination with complementary therapies, including nutrition, spiritual support, mind-body medicine and naturopathic medicine.

Unlike general hospitals, Dana-Farber specializes exclusively in cancer research and care. Every employee at the hospital, from the office assistants to the chief of staff, is committed entirely to supporting patients with all kinds of cancer '' including the rarest forms '' and to finding a cure for the disease.

Our researchers discover new ways to detect cancers earlier, when cure rates are highest; develop effective treatments with fewer side effects; and learn how to prevent cancers from growing in the first place.

Physicians and scientists realize that the best way to make improvements in cancer treatments, cures, detection, and prevention is to understand cancer at a molecular and genetic level.

The world's oldest and largest private cancer center, Memorial Sloan-Kettering Cancer Center (MSKCC) has devoted more than a century to patient care as well as to innovative research, making significant contributions to new and better therapies for the treatment of cancer.

The Nevada Cancer Institute is a team of dedicated professionals committed to providing world-class, research-linked cancer care to Nevadans and people throughout the Southwest.

At NYU Langone’s Laura and Isaac Perlmutter Cancer Center, we combine visionary thinking and compassionate care with the science of treating cancer.

St. Jude is unlike any other pediatric treatment and research facility anywhere. Discoveries made here have completely changed how the world treats children with cancer and other catastrophic diseases.

The Stanford Cancer Institute (SCI) focuses the world-class expertise of more than 300 researchers and clinicians on the most critical issues in cancer research and medicine today.

Patients who visit the Kimmel Cancer Center have access to some of the most innovative and advanced therapies in the world. Because Center clinicians and research scientists work closely together, new drugs and treatments developed in the laboratory are quickly transferred to the clinical setting, offering patients improved therapeutic options.

A leader in cancer research, with nearly 200 members investigating the complex origins and progression of cancer, developing prevention strategies and searching for cures. USC/Norris is designated by the National Cancer Institute as one of the nation's 39 comprehensive cancer centers.