Health self-tracking is in vogue. But is it more of a boon or a burden? Thomas Goetz 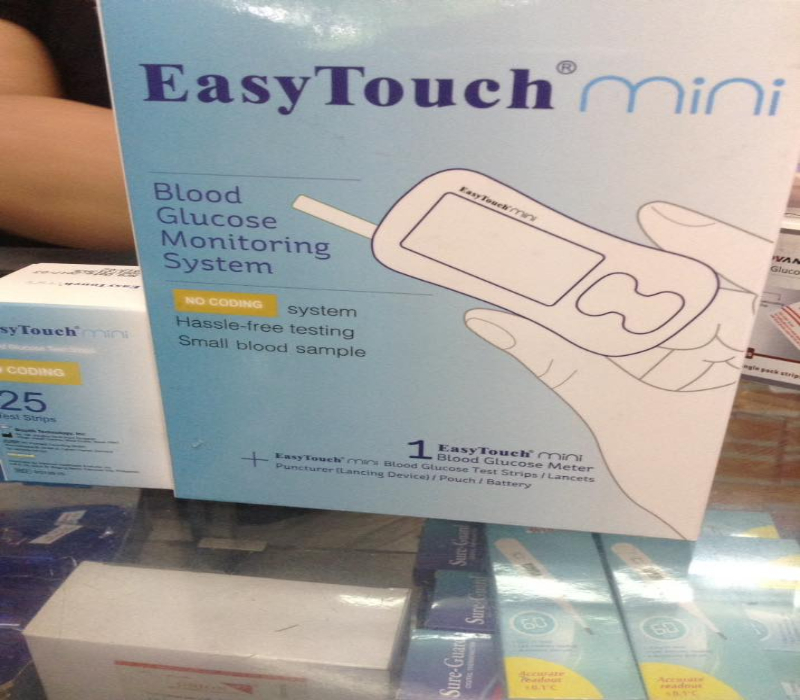 image by: GSJ Scrub Suit and other Medical Supplies

Asking people to monitor their own health and change behaviors according to their own data -- self-tracking -- is the premise behind a deluge of mobile apps, new wearable devices, and patient services. The practice offers lots of hope for a world where so many ills and diseases are the result of human behavior. But self-tracking isn't a panacea. It's a complicated process, and one that can easily backfire. Just ask the 26 million Americans with diabetes.

In the late 1970s, U.S. physicians began asking patients with diabetes to try something new: Instead of coming to the doctor's office for periodic tests of blood glucose level and blood pressure, the patients were given tools to draw their own blood and glucometers to measure the level of sugar in the blood. Based on these values, patients were instructed to adjust their diets or to administer insulin injections. The patient, rather than the doctor, would be the primary day-to-day manager of their disease.

This was a profound shift. Physicians saw self-management as a way to empower patients and enlist their self-interest as a positive force. But scant attention was paid to how patients responded to their new responsibilities. When they were asked, it turned out that this new responsibility, rather than be a boon, was typically seen as a burden.

A 2012 survey of patients with diabetes found that many regarded self-monitoring as an enemy, one that undermined their self-esteem and elevated their anxiety and depression (indeed, depression is twice as likely in people with diabetes as in the population at large). These effects are highly correlated with socioeconomic status and race, a worrisome fact as diabetes disproportionately affects African Americans and the poor.

And despite the fact that the American Diabetes Association recommends self-monitoring as part of the standard treatment for nearly all people with diabetes, a 2001 study found that only 5 percent actually monitored their status daily, and 65 percent of those on drug therapies admitted they'd done so less than once a month. (these results were consistent among patients with both Type 1 and Type 2 diabetes who were not taking insulin. Though there are important distinctions between the two conditions; I'll otherwise discuss them collectively here).

These statistics would seem simply to illustrate the sad lot of people with diabetes, except for one thing: Self-monitoring is increasingly being recommended as a panacea for all sorts of health conditions, from obesity and heart disease to sleep and mood disorders. The boom in mobile devices has created an ecosystem of sensors, apps, and other self-tracking instruments, all of which are being hailed as a boon to changing people's behavior and improving their health. I've done my share to advance this new age of empowered and gadget-centric medicine. I still believe that, on balance, self-tracking can indeed motivate patients and turn them into a powerful force for better individual and public health. The growing Quantified Self movement has helped thousands become agents of their own improvement, and a host of new companies are hoping to ride self-tracking to better health and startup wealth.

But it's easy to let the futuristic allure of technology obscure the fact that people with diabetes have been tracking their own health for 30 years now. They are the real early adopters here, and their jaded experience challenges those -- like myself -- who would argue that self-tracking tools are the salve for so many conditions. In short, the paradox is this: If self-tracking is so great, why do diabetics hate it so much?

The fact that diabetics have been doing this for years, and that they largely loathe the experience, not only serves as a caution to the vogue of self-tracking. It also offers an opportunity, serving as an object lesson in what works, and what doesn't work, when people track their health.

In the case of diabetes, the distaste falls into three categories: Self monitoring for diabetes is an unremitting and unforgiving labor; the tools themselves are awkward and sterile; and the combination of these creates a constant sense of anxiety and failure.

First, there's the drudgery of managing diabetes, trying to balance one's sugar and insulin levels, a Promethean task that will never come into balance. Just consider the routine of. Several times a day, you have to prick your finger with a small lance, drawing enough blood to swipe a test strip, and then wait for a read-out blood glucose (which must fall within various targets, depending on whether the test is taken before or after a meal). Then, depending on the reading and one's condition, a patient must decide whether to eat and what to eat, or whether to take an insulin injection. It's a complicated, multi-step process that involves plenty of friction.

Which is where the second issue arises: the tools themselves. There are more than 30 different glucometers available from more than a dozen manufacturers. And they're all typically frustrating to use, unforgiving, and clumsily designed. In fact, in the world of well-designed iPhones and Fitbits and Fuelbands, glucometers and other devices for diabetics seem a decade out of date. In part, this is because they're not designed as consumer devices; they must meet strict FDA guidelines and deliver clinically valid results. But for users, that's no excuse.

There are some promising products out there. The iPhone can improve the functionality of glucometers; last month the FDA approved LifeScan's VerioSync glucometer; the device automatically sends blood sugar levels to an iPhone via Bluetooth (fewer steps mean fewer mistakes and less anxiety). The iBGStar is a similar patient-centric tool. And the holy grail of diabetes tools still hovers out there: the non-invasive glucose monitor, which will allow patients to check their blood levels without drawing blood.

When such devices can connect to automatic insulin pumps, which administer insulin into a patient's bloodstream subcutaneously through an open line rather than an injection, some of the hassle and stigma of diabetes may be lessened. But those days aren't here yet.

And that's the third issue: the emotional baggage of constantly monitoring and measuring one's health. For people with diabetes, which is a largely invisible condition, the angst of disease management is always there, quietly gnawing away. Because once you have diabetes, there's no such thing as normal. You can get your blood levels in range, but there's never a moment, ever, when the disease will go away. Indeed, there's a self-defeating temptation to let one's guard down when the disease does go into balance, sending one's glucose levels spiraling away once again.

Again, there are some new tools that help address these issues. Ginger.io is a new company that offers apps to help people track and manage their diabetes among a supportive community of other diabetics. It seems tremendously promising for those inclined to add one more instrument to their to do list.

Each of these issues offers lessons, not just for diabetes, but for healthcare overall, as we look to patients to start paying attention to their own bodies, start pushing Fitbits and other devices upon them. First, self-tracking needs to be as effortless and automatic as possible; friction is the enemy. Second, the tools need to be designed with the consumer in mind, not the clinician. The best practices of consumer electronics need to be applied, and the data needs to be kept in the background whenever possible. And third, it's essential that self-tracking address the emotional needs of the patient, not just their rational side. At the end of the day, self-tracking needs to be a positive experience, because it is such a demanding one.

The Flash is essentially a small, circular plastic sensor that sits on top of the skin and detects blood sugar from a small wire that goes under the skin beneath the sensor. People can insert themselves using an applicator that works sort of like a rubber stamp.

A New Smartphone Glucometer Launches in the U.S.

Most glucometers look like a cross between a stopwatch and a portable chemo pump. One Drop does not, and instead evokes the ease and luxury of those compact cocktail kits you find in gift shops.

first go to the billing section of the patient’s EHR to identify the insurer. Patients on Medicaid in Hawaii must enroll with one of the following: HMSA, AlohaCare, Ohana (WellCare), United Healthcare and Kaiser. I then go to The Prescribing Guide to identify which brand of glucometer (Freestyle, OneTouch, AccuChek) I can prescribe. Each insurer contracts with a specific manufacturer, and the preferred brand can change every six months. If you enter the wrong brand, the pharmacy will tell you to obtain prior authorization.

AT&T is teaming up with the manufacturers of a smart glucose monitor, in an attempt to help diabetic patients better record and share their blood sugar levels. Called YOFiMeter, the monitor is an all-in-one finger prick testing kit that analyzes a patient's blood sugar count and stores that information in the cloud. And now with the help of AT&T, patients can send that info to their doctors over the company's wireless network.

How to prevent diabetes and heart disease for $16

In this article I’m going to introduce a simple technique that, when used properly, is one of the most effective ways to maintain healthy blood sugar and prevent cardiovascular and metabolic disease – without unnecessary drugs.

World-wide annual sales of glucose meters and test-strip supplies tally up to well over 10 billion dollars each year, but with over 50 styles and brands to choose from, it can be hard to determine which meter is not only the best for your needs but also best in terms of accuracy, price, and ease of use.

Health self-tracking is in vogue. But is it more of a boon or a burden? Yes, self-tracking offers all sorts of benefits. It helps people chart their progress, helps them feel that they're in control. But it's not a panacea or a silver bullet. It is nothing at all like a cure.

BeatO’s Smart Glucometer helps to monitor and keep a check on your blood sugar levels anytime and anywhere.