Where in health am I? : Home / Health Cloud / Challenges / Diabetes / Devices / Implants

We have already cured thousands of mice; it is time we started curing some people - Kevin D’Amour 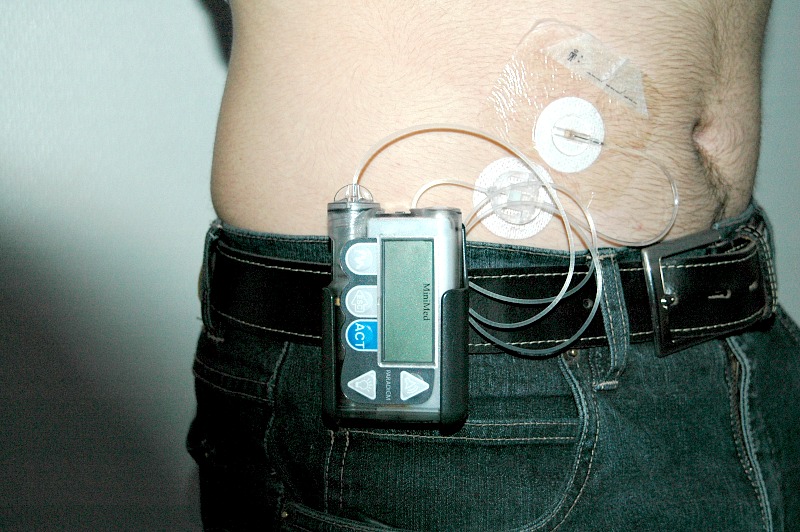 Diabetes has already had one research miracle. Remember the recombinant DNA struggle? In 1977, there was a tremendous debate between scientists who wanted the research to go forward carefully, and the religious right, skeptics, and conservative politicians who wanted it stopped.

Fortunately for the health of humanity, recombinant DNA research was allowed. The very next year, 1978, artificial human insulin was developed by a California research company, Genentech — a product now keeping millions alive around the world.

But there is no cure.

Type 1 diabetes remains a genuinely horrific condition. It can blind you, require the amputation of limbs, incite a heart attack, or throw you into a coma — and the only way to keep safe is to monitor every bite of food, and test your blood often.

Imagine trying to explain to your little child that their immune system has destroyed part of their body, and they must have shots every day, and their fingers pricked with sharp objects, over and over, no matter how they cry, because they’ll die if they don’t. I remember the pain in the voice of Dr. Francisco Prieto on the board of directors for CIRM — talking about his first amputation, when he had to saw off a patient’s foot, because of diabetes. I remember my Uncle Ben, who died of the condition. His kidneys failed, and he had to have his blood washed by dialysis, day after day.

Instead, imagine a device the size of a credit card, to be implanted under the skin, and then — forgotten. Called “an encapsulation medical device”, Encaptra, it contains cells designed to replace the islet cells which type 1 diabetes takes away.

Embryonic stem cells are differentiated into cells that ultimately make hormones, including insulin. These “progenitor” cells are inserted into the Encaptra drug delivery device, and mature in the body into the islet cells that produce insulin.

The “credit card” is amazing, scientifically. It is porous, with holes so small the body’s attack cells can’t get through to kill the good cells, but the oxygen and life support nutrients can come in, and the insulin can get out. They have tried miniature versions on diabetic mice, and they were cured, again and again and again.

If it works on people, the world changes. If we can cure just one “incurable” disease, the floodgates to research funding will open and economy-crushing medical costs will be reduced.

I spoke with Bob Klein, recently retired Chairman of the Board of Directors for CIRM, and father of a diabetic son, Jordan. Bob has been a massive fundraiser for diabetes for many years, leading JDRF as it funded more than a billion dollars of research. He has seen pretty much everything when it comes to diabetes.

What did he think about the ViaCyte project? “It is one of the most important and promising projects CIRM has ever funded,” he said. ViaCyte’s Chief Scientific Officer, Kevin D’Amour, responded positively when I asked him if it was appropriate to use the word “cure” in regards to their project.

Like any good scientist, he was cautious, but said: “Our product has the potential to provide patients with what amounts to a cure. The first human trials (in early 2014, if all goes well) will be conducted in patients with the disease; while demonstrating safety will be the primary endpoint, we will also be accessing efficacy, all in accordance with FDA requirements.”

And then he added words every advocate would echo: “We have already cured thousands of mice; it is time we started curing some people.”

Source: Don C Reed, Excerpt from Diabetes Going Down for the Count? The Blog, HuffPost, April 23, 2013.

By implanting “living drug factories” into the bodies of diabetes patients, researchers believe they could eliminate the everyday hassle of finger pricks and insulin injections.

"It's hard to predict what's going to happen," says diabetes researcher Alice Tomei, an assistant professor and director of the islet immunoengineering lab at the University of Miami. She says Nyitray's approach is rational, "but until you test in humans, it's hard to tell whether they work or not."

It would eliminate the need for diabetics to inject insulin up to four times a day. The artificial pancreas could help all type 1 insulin-dependent diabetics and some type 2 diabetics who need daily injections. ‘This device is cheap and simple to use,’ said Professor Taylor. ‘It has the potential to bring an end to the misery of daily injections for diabetics.’

A diabetes drug delivered continuously from a small implantable pump resulted in a marked and sustained reduction in blood sugar in patients in two studies, potentially setting the stage for a once-a-year treatment option to manage the disease.

Implants that deliver a constant metered dose of medication have plenty of promise. They’re especially useful for making sure patients don’t have to orient their daily schedule around their medication times.

New devices may spare patients from monitoring their blood glucose.

Diabetes Going Down for the Count?

The “credit card” is amazing, scientifically. It is porous, with holes so small the body’s attack cells can’t get through to kill the good cells, but the oxygen and life support nutrients can come in, and the insulin can get out. They have tried miniature versions on diabetic mice, and they were cured, again and again and again.