Where in health am I? : Home / Health Cloud / Challenges / Diabetes / Devices / Insulin Pumps

The secret of health for both mind and body is not to mourn for the past, worry about the future, or anticipate troubles, but to live in the present moment wisely and earnestly - Buddha 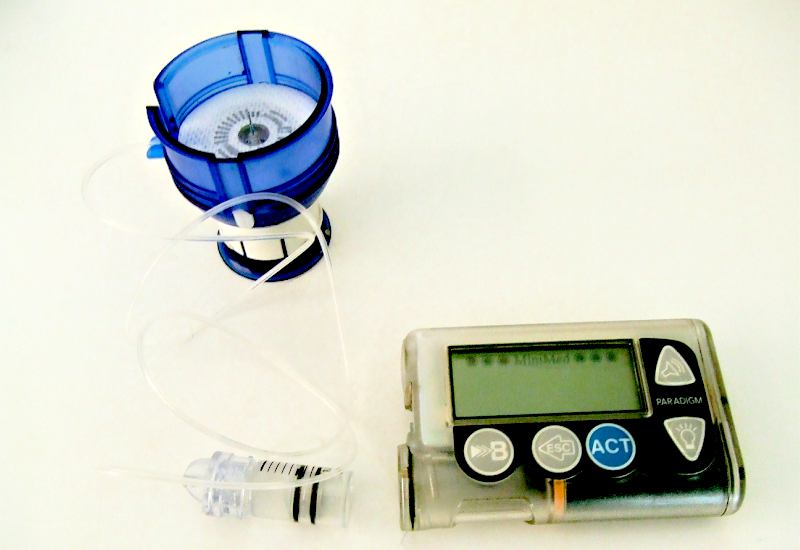 The Hidden Cost of Diabetes Devices to Patients

I want to thank those who create the amazing devices that make my diabetes easier to manage and help me stay healthier. That said, there's a cost to new technology and devices we never talk about. It's the one to patients. And I'm not talking financial. While devices lighten the burden of managing my disease, they also create new burdens.

Patients who use devices must among other things:

Eli Lilly & Co., one of the biggest makers of insulin, has been planning a risky new business venture: making the high-tech devices that deliver insulin to diabetes patients.

People With Insulin Pumps and Pacemakers Should be Terrified of Hackers

Why Did Miss Idaho Sierra Sandison Wear Her Insulin Pump During Competition?

Sandison invited others to post photos wearing their insulin pumps on social media. What resulted was a deluge of thousands of inspiring photos of people in 25 different countries (and counting!) with their pumps. “I didn’t know it was going to mean that much to people,” said Sandison, who was humbled by the colossal response.

Now, as consumer gadgets weave themselves ever more tightly into everyday life, patients and their families are finding homespun solutions to problems medical-device manufacturers originally did not address. Industry executives say the pace of user-driven innovation was one reason the Food and Drug Administration recently reclassified remote glucose-monitoring devices, hastening approval for new models by big companies like Dexcom and Medtronics.

A sensor implanted just beneath the skin keeps an eye on blood sugar levels and sends that information to an iPhone app. Every five minutes, the app determines how much insulin (which lowers blood sugar) or glucagon (which raises blood sugar) its wearer needs and sends a command to the device to deliver the hormones via one of two pumps.

How A Beauty Queen With Diabetes Found Her 'Sugar Linings'

Last July, a photo changed Sierra Sandison's life. She went onstage in the Miss Idaho pageant with an insulin pump clipped to her bikini bottom. The photo and the #ShowMeYourPump hashtag she created went viral on social media and became NPR's most popular online story of the year.

The first insulin pump was designed in the early 1960s and looked like something the Ghostbusters would wear on their backs to blast wicked spirits. Smaller versions started cropping up in the 1970s, but it wasn’t until the mid-1980s that they were designed to deliver precise doses and became user-friendly...

The system is vulnerable because those communications are not encrypted, or scrambled, to prevent hackers from gaining access to the device, said Radcliffe, who reported vulnerabilities in the pump to J&J in April.

New devices may spare patients from monitoring their blood glucose.

The Hidden Cost of Diabetes Devices to Patients

I want to thank those who create the amazing devices that make my diabetes easier to manage and help me stay healthier. That said, there's a cost to new technology and devices we never talk about. It's the one to patients. And I'm not talking financial. While devices lighten the burden of managing my disease, they also create new burdens.

The number of people using insulin pumps has grown rapidly since their introduction over 30 years ago. Much of this growth has come from pump wearers enthusiastically sharing the benefits they experience.

12 Ways to Stay Safe with an Insulin Pump

It’s important to understand that we are ultimately the ones in charge of the technology and devices we use. These devices can only do what we tell them to do. The products go through unbelievable testing and retesting in clinical trials before they come to market. That being said, tech failures can happen to any product, from airplanes to insulin pumps. The best way to avoid problems along the way is to follow maintenance protocol.

There are plenty of articles discussing the pros of pump therapy, but few that discuss the cons. To offer some balance, here are some downsides to pump use that have caused people to switch back to multiple daily injections...

8 things I wish people understood about having Type 1 diabetes

No, my life isn't over. It's a pain in the ass, it's terrifying, but the treatments will on average get me through the day.

Insulin Pump Timer reminds you when to refill insulin, change infusion sets, or do other repetitive tasks.

Insulin Pumpers provides information and support for adults and children with diabetes and their families interested in insulin pump therapy.

Insulin Pumpers UK provides information and support for adults and children with diabetes and their families interested in insulin pump therapy.

At Animas Corporation we make insulin pumps and we're dedicated to finding ways to make diabetes exceedingly manageable in every way.

Medtronic Diabetes has remained the market leader, earning a reputation for excellence in insulin pump therapy and continuous glucose monitoring.

Omnipod DASH® Insulin Management System provides up to 3 days of non-stop insulin management without multiple daily injections, so you can live your life freely.

Tandem Diabetes Care® is dedicated to making the lives of people with diabetes better and better, through relentless innovation and revolutionary customer experience.

Latest information on the new advances in technology.

Probably the most exciting innovation in pump technology is the ability to use the pump in tandem with newer glucose sensing technology, known as an "artificial pancreas," that administers insulin based on actual glucose levels as determined by the glucose sensor.