Where in health am I? : Home / Health Cloud / Challenges / Diabetes / Types

My goals over the decade include to develop new drugs to treat intractable diseases by using iPS cell technology and to conduct clinical trials using it on a few patients with Parkinson's diseases, diabetes or blood diseases - Shinya Yamanaka 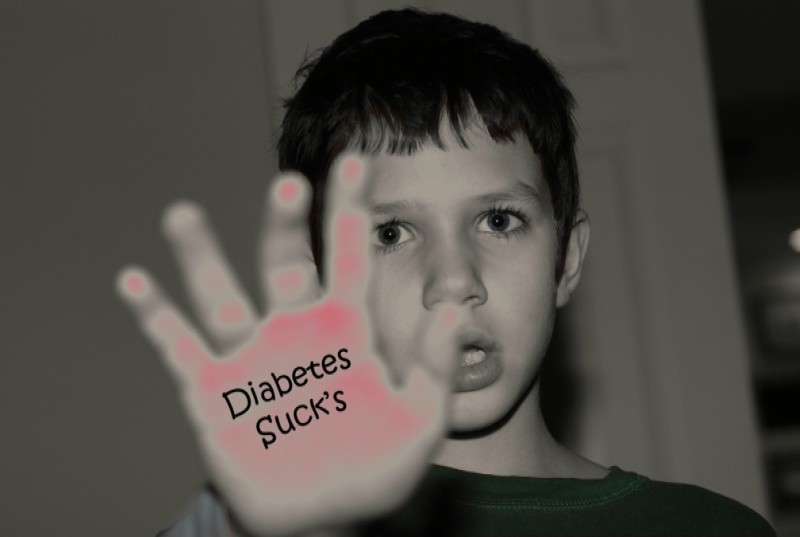 Diabetes is currently said to exist in essentially two variations: Type 1 and Type 2. But a group of medical scientists believe that division is overly simplistic.

Writing in a study published by The Lancet: Diabetes & Endocrinology this month, a team of international researchers propose that there are actually five types of diabetes, and that the distinctions between them could mean that some people are taking diabetes medications they don’t need, while others aren’t being treated sufficiently at time of diagnosis.

They believe the nuances of diabetes ought to be reconsidered, especially as diabetes has become the world’s fastest growing disease. In 2014, 422 million people globally had diabetes, up from 108 million in 1980, according to the World Health Organization.

A person develops diabetes when his or her body either doesn’t produce insulin or doesn’t use the amount it produces properly. Insulin is a hormone that acts like a traffic cop for glucose levels in the bloodstream. When all is well, it can maintain glucose levels at the right amounts. When the system is failing, either because the pancreatic cells that produce insulin, called beta cells, are under attack from antibodies, or because your cells have become insulin-resistant, you’re at risk of developing diabetes. Living with the condition can lead to blindness, kidney failure, or lower limb amputation, all while increasing your likelihood of heart attack or stroke.

The way we designate diabetes as Type 1 or Type 2 is largely related to two factors: How old someone is when they develop diabetes, and whether the antibodies that attack insulin-producing beta cells are present. Type 1 diabetes is the type that often, but not always, begins in childhood, and it is characterized by the presence of the antibodies that block insulin production. It requires lifelong monitoring and treatment. Type 2 affects adults, though increasingly is also seen in teenagers and kids, and does not involve the immune system’s antibodies. It’s usually associated with obesity, old age, and family history. Some 75% to 85% of people with diabetes are said to have Type 2.

Analyzing data from the records of 15,000 people across five patient registries, the researchers behind the new study, which was lead by scientists from Lund University, found that the disease can actually be grouped into five distinct clusters, according to variables such as Body Mass Index (BMI), age of diagnosis, and degree of insulin resistance:

According to the study, these five types may be just the beginning for the new definitions of diabetes. “It might be possible to refine the stratification further through inclusion of additional cluster variables, such as biomarkers, genotypes, or genetic risk scores,” they write in the paper.

What’s more, the scientists do not know whether the five clusters are the result of different causes of diabetes, nor do they know whether people move between clusters in the course of their lifetime with the disease.

Further research is required. For now, they write, this study “provides a first step towards a more precise, clinically useful stratification.”

Source: Lila MacLellan, There may be five types of diabetes, Quartz.com, March 3, 2018.

Diabetes may be a major, overlooked reason Americans are now dying earlier

Diabetes’ prevalence has exploded in the US over the past 20 years. Nearly 30 million Americans live with the disease today — more than three times the number in the early 1990s. And researchers have long known that diabetes is an underreported cause of death on death certificates, the primary data source for determining life expectancy trends.

On a Sugar High? Diabetes Rates Are on the Rise for African Americans

Untreated, diabetes patients are twice as likely to have heart disease or a stroke, and they have a higher risk for developing kidney disease, high blood pressure, eye trouble and nerve damage. Still, African Americans with diabetes fare much worse than the rest of the population.

The already staggering insulin shortage could get worse

The biggest barrier to access to insulin is cost. In the US, the price of insulin tripled between 2002 and 2013; continually rising costs have prompted a federal investigation. There are no generics available for insulin, 99% of which is manufactured by the pharmaceutical companies Eli Lilly, Sanofi, and Novo Nordisk. Prescriptions can cost over $1,000, and in one study, almost 25% of people who require insulin reported dangerously rationing their insulin to try to save money.

Having Diabetes Is No Longer Going To Be A Life Sentence

While we wait for regenerative medicine to provide us with lab-grown pancreases to replace diseased ones and permanently treat diabetes, patients unfortunately will have to continue searching for better tools to manage their disease. The good news is that several approaches have already been undertaken to develop such tools to help them do so.

There may be five types of diabetes

Writing in a study published by The Lancet: Diabetes & Endocrinology this month, a team of international researchers propose that there are actually five types of diabetes, and that the distinctions between them could mean that some people are taking diabetes medications they don’t need, while others aren’t being treated sufficiently at time of diagnosis.

Although there is an increased incidence in adults, type 1 diabetes is primarily a condition of the younger population. Even with the use of insulin pumps it is without a doubt one of the most challenging chronic medical issues for families.

Researchers long believed Type 2 diabetes was not curable, but today the prevailing view is that it can be reversed by weight loss, says Dr. George King, the chief scientific officer at Joslin Diabetes Center and a professor at Harvard Medical School.

The American Diabetes Association launched the Stop Diabetes movement during American Diabetes Month (November) 2009. Since then, over 677,728 people have joined this movement to take a stand against this disease, demonstrating that even when it comes to a disease that affects each of us in different ways, we are stronger when we unite against it.

Tu Diabetes is an Online Community where the members help each other out, educate ourselves and share the steps we take every day to stay healthy while living with this very serious condition.