Where in health am I? : Home / Health Cloud / Challenges / Disability / Assistive Technology

As I discovered, it’s just a lot harder to bring assistive technology to market than it is to build an Uber for sandwiches or an app that only says “Yo" - Kate Allen 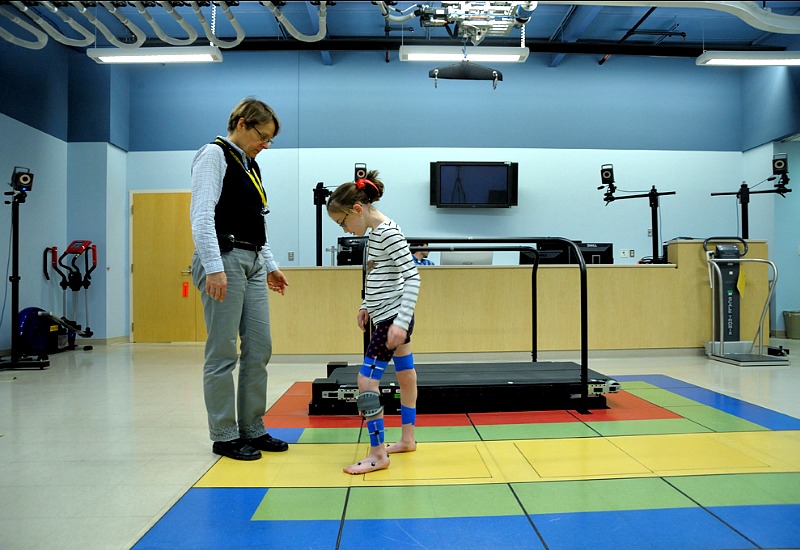 image by: National Institutes of Health

In the field of assistive technology, scientists, engineers and entrepreneurs are also making life easier for people with disabilities, chipping away at truly big problems at steady pace. Their successes are likely to accelerate.

“I think we’re in the middle of a revolution in technology for people with impairments,” says David Reinkensmeyer, a biorobotics researcher at the University of California, Irvine. “This field, from when I started 15 years ago until now, has really seen an attraction of younger people wanting to get involved,” says Alex Mihailidis, a University of Toronto professor who holds a chair in rehabilitation technology.

“People are seeing this as a challenging and exciting application.”

Yet these researchers are often confronted with hurdles that designers of mainstream tech — whether silly or genuinely useful — are not: regulatory barriers, marketplace fragmentation, and even our own unconscious biases.

Growing up in Alberta, Gary Kurek was a high school science-fair phenom, ranking provincially, nationally and internationally. In his senior year, after watching his grandmother struggle with the effects of cancer, he set out to build a better wheelchair.

His novel design piqued the interest of Silicon Valley investor Peter Thiel, who chose Kurek for a prestigious $100,000 Thiel Fellowship for entrepreneurs under 20. Among other mobility devices, Kurek built a wheelchair that could climb stairs.

But he eventually dropped the project, in large part due to regulatory struggles.

“We got really bogged down . . . It was going to take a ton of money and a ton of time,” he says. The market for his product wasn’t big enough to justify the investment. Though he would like to come back to mobility products, Kurek is now working on automated manufacturing.

Because many assistive technologies fall under the banner of medical devices, they must be approved by oversight bodies such as Health Canada or the U.S. Food and Drug Administration. Those in the field acknowledge that safety is paramount, but say the process can sometimes stifle innovation: it is lengthy, costly, and “still quite prohibitive to a lot of startups,” says Mihailidis. “That’s one of the big next hurdles we need to tackle as a field.”

Compounding that problem, the market for assistive technologies is highly fragmented, even though it is large and growing rapidly with the aging populations of most developed countries.

“For sure there’s a big, big need ... but the market is pretty heterogeneous, in the sense that there are a vast numbers of impairments that cause disabilities to arise,” says Melanie Baljko, a York University professor who specializes in assistive technology.

“Everyone experiences their impairment differently.”

Even reaching those consumers is a challenge. Many people who need these products don’t buy them directly: insurance companies, caregivers and clinicians all act as mediators.

At the same time, other technological advances have begun to carve new pathways forward. The advent of 3D printers, Baljko and Mihailidis both note, has fuelled a thriving DIY culture where designs for items like modified light switches and spoons are shared openly online, circumventing the need for a traditional marketplace and allowing for low-cost customization.

“This is really putting the power of technology development into the hands of people who know best,” Baljko says.

Other general advances have spurred assistive tech too: the price of sensors is dropping, and machine-learning algorithms are only getting smarter. Smartphones and tablets have created a platform for the proliferation of interactive games that help people with challenges.

But attitude is the most invisible barrier for assistive tech, he adds. “You know what holds us back? The attitude the people can’t: ‘You can’t have a spinal cord injury and play basketball, or ski . . . ’ How long did that societal attitude hold back the development of technologies?” he asks. “We don’t even know what our assumptions are.

Source: Kate Allen, Excerpt from Great advances being made in assistive technology, TheStar.com, May 31, 2015.

The great explainer of the universe lived in a time when researchers rapidly developed technology to assist people with physical limitations in achieving increased independence.

A growing number of companies are developing assistive technologies to help disabled people walk—but these devices can distract from infrastructure changes that would make cities more disability-friendly.

A Cane for the Blind that Senses Tall Obstacles

A class project to help the blind turned into a mission for Rohan Paul.

The ‘hearing loop’ is a remarkable advance, but all too hard to find in the U.S.

Google’s philanthropic arm, Google.org, has been making a big global push this year to aid the one billion people around the world living with disabilities. To further that goal, it’s just awarded $20 million to the 30 nonprofits it believes could benefit most from its tech and data-driven approach to charitable giving. From open source electric wheelchairs to multi-lingual keyboards you can control with eye-tracking technology, the chosen projects focus on solutions for disabled people in five main categories: education, communication, mobility, independence, and employment.

The emergence of mobile “assistive” technologies, influenced heavily by the passage of the Americans with Disabilities Act (ADA) 25 years ago, marks a major step forward for people with disabilities, unlocking unprecedented new possibilities for communication, navigation and independence.

The tech giving people power to deal with disability

Worldwide, around a billion people have a disability, says the World Health Organisation. In Europe and America, this is one in five people. And since they are less likely to be in work, their poverty rate is about twice as high. So technologies that could help disabled people contribute more in the workplace - and improve their quality of life - are surely welcome.

Great advances being made in assistive technology

As one researcher notes, “I think we’re in the middle of a revolution in technology for people with impairments.”

The American’s with Disabilities Act has influenced development of smartphones, tablets and other mobile gadgets to help the disabled