Where in health am I? : Home / Health Cloud / Challenges / Disability / Stuttering 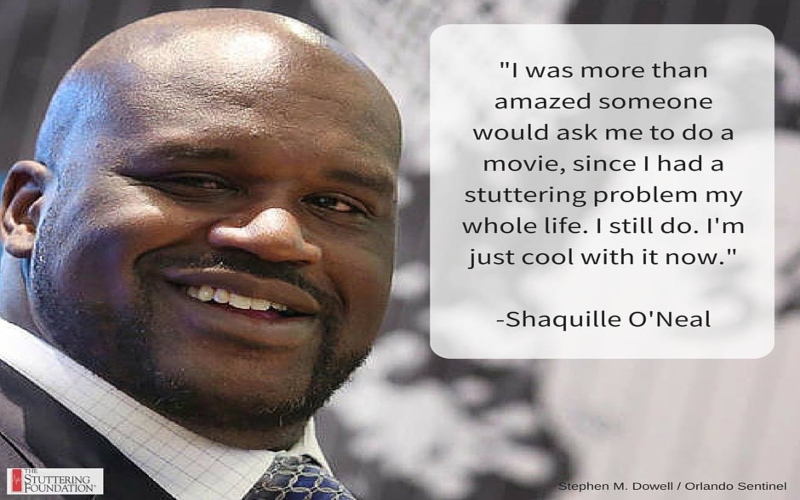 It's Time to Speak Up

I am tired of avoiding my stutter.

My parents put me in speech therapy in the second and third grades and I hated it. “All we ever do is play games,” I told my parents. “It’s useless.” At the end of third grade, I found a letter from my teacher to my parents about my stutter “problem.” I got mad and ripped it up, and never went to speech therapy again.

In the fifth grade, I had only one line in the school play. In the eighth grade, I convinced my English teacher to allow me to abstain from the speech contest. Throughout school, I would look for classes that I knew didn’t have any oral presentations. Of course, this wasn’t always possible. In ninth grade English class,…

I Talk Like a River is Jordan Scott's own story, the story of a one day in his life as a child with a stutter. It's just a regular day of waking up, eating breakfast, and going to school.

The Challenges of Remote Learning for Children Who Stutter

Feeling put on the spot on a video screen when you can’t get words out can be intimidating. Experts offer advice.

The new neuroscience of stuttering

After centuries of misunderstanding, research has finally tied the speech disorder to certain genes and brain alterations — and new treatments may be on the horizon.

What Joe Biden Can’t Bring Himself to Say

His verbal stumbles have voters worried about his mental fitness. Maybe they’d be more understanding if they knew he’s still fighting a stutter.

Joe Biden tweets about his lifelong work to overcome his stutter.

What to Know About Stuttering

The speech disorder can play havoc with sociability, relationships, even identity, but there are ways to handle it.

While the world knows Bruce Willis as an A-list actor, few know that he struggled with stuttering throughout his first 20 years.

Girl, interrupted: the science behind my stutter – and what not to say to me

People tend to be misinformed about stammering. Here’s why finishing my sentences or telling me to ‘slow down’ doesn’t help

How Producing Music Helped Me Overcome My Stutter

I made my stammer stutter to a halt...

'You can never "cure" a stammer. Instead the goal is to enable the stammerer to talk fluently'

Learning to Love to Stutter

The organizers of an annual conference for stutterers argue that the condition should be considered just another way of speaking, rather than something that needs to be treated.

Struggling for Words; Owning Your Stutter

Proper nouns are the worst. If I’m going to use the word Wednesday in a sentence and I’m coming up to the word, and feel that I’m go to stutter, I can change the word to: ‘the day after Tuesday.’ This technique is one that a person who stutters is all too familiar with.

Stuttering isn't only psychological – and a cure might be coming

Often subjected to cruel jibes and strange treatments, stammerers are finally getting answers from brain science and genetics

Teased and bullied – the challenges of starting school with a stutter

For a child who stutters, the school years can be a wonderfully supportive experience. However, those years can be a time when it is particularly difficult to deal with this speech disorder.

The Everyday Anxiety of the Stutterer

One of the greatest difficulties stutterers face is introducing themselves. Casual introductions are so ingrained in our everyday experience that it seems silly even to point them out.

What 'The King's Speech' Gets Wrong About Stuttering

And yet, the movie also left me annoyed, and not just because its plot occasionally veered into the sappy and predictable. My main problem with the film was its depiction of stuttering as a by-product of emotional repression and abuse.

It's Time to Speak Up

I have just now turned 22, and I'm finally going to do something. I'm going to own my stutter. To use the cliché Bernard Baruch quote, “Those who mind don't matter, and those who matter don't mind.” Why should I cater to other people by hiding what I sound like?

5 Wishes From The Heart Of Someone Who Stutters

So often, many well-meaning people tell those who stutter to just breathe, talk slower or overcome their anxiety. I truly believe most of these people don’t mean to belittle stuttering; it’s just that they don’t quite understand it.

Often, the person who stutters is seen as lacking intelligence or authority in what they have to say. But, in reality, stuttering is just a variation of "expected" speech.

FRIENDS is the only national organization dedicated solely to empowering young people who stutter and their families.

The Stuttering Association for the Young is a national non-profit organization, which through summer camp, speech therapy, and creative expression empowers, educates, and supports young people who stutter and the world that surrounds them.

The Foundation is turning its attention more and more to basic research in an effort to improve early detection and develop better therapies...

The Did I Stutter Project is the brainchild of three disability studies scholars, activists, and stutterers: Zach Richter, Erin Schick, and Josh St. Pierre. They created this project to provide an alternative way of thinking about speech and communication disabilities.

The NSA provides support, friendship, and information to the stuttering community, instilling the sense of self-worth so often missing in the lives of those who battle this condition.

Our vision is a society where every person who stammers has as much chance of a full and rewarding life as anyone else.

The aim of this website is to allow anyone who is suffering from a stammer or a stutter or who has concerns about anyone suffering with such a condition to be able to find a range of articles and information that will help them get a much better understanding of this now recognised medical condition.

I’ve made friends with others who stutter all over the world and we regularly share our experiences and laughs together. This makes stuttering cool! And really, no one who truly matters to us really cares how we speak. This is what Stuttering is Cool is all about.

Stuttering Therapy Resources is a specialty publishing company dedicated to helping speech-language pathologists increase their confidence in working with people who stutter.

Changing how you think about stuttering...one podcast at a time.

Our clients will tell you that AIS is like a second home, and the people, a second family. While many people who stutter first come to AIS and describe feeling alone and helpless, they soon discover a place where they know they are understood and supported- a place where they can free their voice.

The Canadian Stuttering Association is run entirely by the passion, energy and commitment of volunteers, most of whom are people who stutter.

National Institute on Deafness and Other Communication Disorders

Scientists are using brain imaging tools such as PET (positron emission tomography) and functional MRI (magnetic resonance imaging) scans to investigate brain activity in people who stutter. NIDCD-funded researchers are also using brain imaging to examine brain structure and functional changes that occur during childhood that differentiate children who continue to stutter from those who recover from stuttering.

Many young kids go through a stage between the ages of 2 and 5 when they stutter, repeating certain syllables, words or phrases, prolonging them, or stopping, making no sound for certain sounds and syllables. Stuttering is a form of dysfluency — an interruption in the flow of speech. In many cases, stuttering goes away on its own by age 5; in others, it lasts longer. There's no cure for stuttering, but effective treatments are available and you can help your child overcome it.

Stuttering — also called stammering or childhood-onset fluency disorder — is a speech disorder that involves frequent and significant problems with the normal fluency and flow of speech.

Symptoms of stuttering can vary significantly throughout a person's day. In general, speaking before a group or talking on the telephone may make a person's stuttering more severe, while singing, reading, or speaking in unison may temporarily reduce stuttering.

Stuttering can affect anyone. It is most common in young children who are still learning to speak. Boys are three times more likely to stutter than girls. Most children stop stuttering as they grow older. Less than 1 percent of adults stutter.

People who stammer may avoid certain words or situations which they know will cause them difficulty. Some avoid or substitute words to such an extent that people in their lives may not realise they have a stammer. This is known as covert stammering. The affected person may even avoid talking whenever possible. In the USA (and many other countries) stammering is known as stuttering.