Where in health am I? : Home / Health Cloud / Challenges / Dizziness

As long as the world is turning and spinning, we're gonna be dizzy and we're gonna make mistakes - Mel Brooks 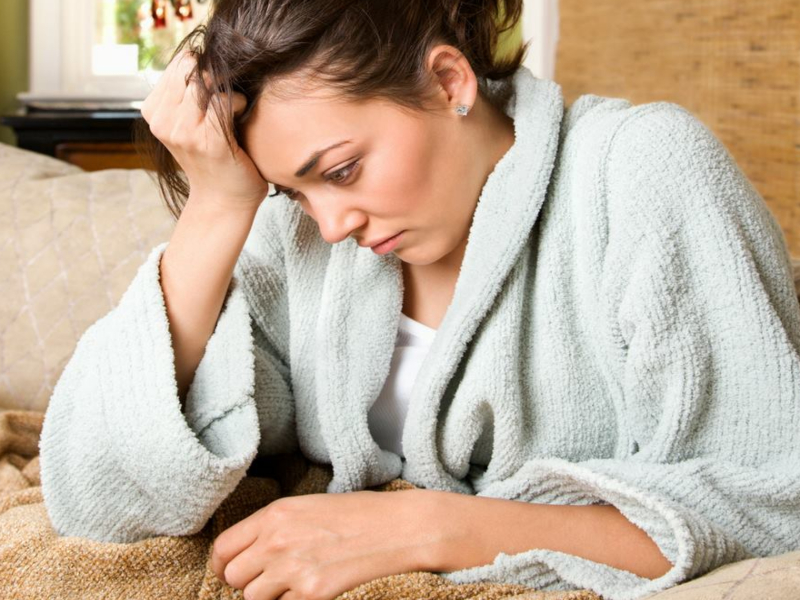 Dizziness is not a disease but rather a symptom that can result from a huge variety of underlying disorders or, in some cases, no disorder at all. Readily determining its cause and how best to treat it — or whether to let it resolve on its own — can depend on how well patients are able to describe exactly how they feel during a dizziness episode and the circumstances under which it usually occurs.

For example, I recently experienced a rather frightening attack of dizziness, accompanied by nausea, at a food and beverage tasting event where I ate much more than I usually do. Suddenly feeling that I might faint at any moment, I lay down on a concrete balcony for about 10 minutes until the disconcerting sensations passed, after which I felt completely normal.

The next morning I checked the internet for my symptom — dizziness after eating — and discovered the condition had a name: Postprandial hypotension, a sudden drop in blood pressure when too much blood is diverted to the digestive tract, leaving the brain relatively deprived. The condition most often affects older adults who may have an associated disorder like diabetes, hypertension or Parkinson’s disease that impedes the body’s ability to maintain a normal blood pressure. Fortunately, I am thus far spared any disorder linked to this symptom, but I’m now careful to avoid overeating lest it happen again.

“An essential problem is that almost every disease can cause dizziness,” say two medical experts who wrote a comprehensive new book, “Dizziness: Why You Feel Dizzy and What Will Help You Feel Better.” Although the vast majority of patients seen at dizziness clinics do not have a serious health problem, the authors, Dr. Gregory T. Whitman and Dr. Robert W. Baloh, emphasize that doctors must always “be on the alert for a serious disease presenting as ‘dizziness,’” like “stroke, transient ischemic attacks, multiple sclerosis and brain tumors.”

Dr. Kevin A. Kerber, a neurotologist at the University of Michigan Health System, told me that dizziness is one of the most common symptoms that primary care and emergency department doctors see, as common as back pain and headache. He cited a nationally representative health survey conducted by the Centers for Disease Control and Prevention in 2008 in which 10 percent of adults said they had felt dizzy within the past year and had been referred to or seen by a health care specialist because of the symptom.

Typically, those reporting dizziness in the survey indicated they each had experienced three of the following different types: a spinning or vertigo sensation, including a rocking of yourself or your surroundings; a floating, spacey or tilting sensation; feeling lightheaded, without a sense of motion; feeling as if you are going to pass out or faint; blurring of your vision when you move your head; or feeling off-balance or unsteady.

As you can see, reporting a symptom simply as dizziness does not give a doctor much to go on. A major problem, Dr. Kerber said, is that the examining doctor has to decide on the type of dizziness and determine whether there may be a “particularly dangerous cause” like a heart attack or stroke based on “often unreliable” descriptions by patients.

People use the word dizziness when referring to lightheadedness, unsteadiness, motion intolerance, imbalance, floating or a tilting sensation. Vertigo, a subtype of dizziness, is an illusion of movement caused by uneven input to the inner ear’s vestibular system that provides a sense of balance and orientation in space. In 2011, an estimated 3.9 million people visited emergency departments with symptoms of dizziness or vertigo.

“Patients are generally nonspecific in describing their symptoms,” Dr. Kerber said. “They should spend time thinking about their symptoms before they see the doctor.” Factors to consider, he said, include “timing — does the dizziness occur episodically or is it constant? What seems to set it off — certain positions or particular foods? How long does the symptom last? And what happens over time — does it get worse, stay the same or get better?”

Note, too, whether the feelings get worse when you walk, stand up or move your head. Are the episodes accompanied by nausea, and do they occur so suddenly and severely that they force you to sit or lie down?

Family members or friends who pay attention to the affected individual’s complaints “can help contribute to a rapid and correct diagnosis,” according to the authors of the new book. Dr. Whitman is an otoneurology specialist at Massachusetts Eye and Ear Infirmary, and Dr. Baloh is director of the neurotology clinic and testing laboratory at the medical center of the University of California, Los Angeles.

Two of the most common causes of dizziness are triggered by changes in position. One is called orthostatic hypotension — a reduced flow of blood to the brain that occurs when a person gets up from a sitting or lying position and goes away when the person lies down.

The second, called benign paroxysmal positional vertigo, or B.P.P.V., is not exactly benign to those affected, Dr. Kerber said. It is triggered by a change in head position, for example, when lying down, turning over in bed, or bending the head backward while sitting or standing (called “top shelf vertigo”), the authors of “Dizziness” wrote. The person may feel that the world is moving or spinning or that an object in the room is jumping up and down rhythmically.

Vertigo is one of the most disabling causes of dizziness. It arises when tiny calcium particles in the inner ear become dislodged from the balance organ and get stuck in the semicircular canal, where “they cause havoc,” Dr. Kerber explained. When the head is moved, the particles shift and set off a sensitive nerve wired to the eyes, making them jerk and causing dizziness. When the particles settle down, the eyes stop jerking and the dizziness goes away.

Benign paroxysmal positional vertigo can be caused by a blow to the head or be a result of aging. “Approximately one in five people in their 80s will develop B.P.P.V.,” the authors wrote. It can also affect younger people, particularly those who already have, or will develop, migraine headaches, they noted.

Vertigo can be a disabling condition that lasts for weeks, months or even years. Those affected are often unable to work, drive or walk around without falling.

However, B.P.P.V. usually responds to a treatment like the Epley maneuver, a sequence of movements that repositions the head and gets the errant particles to go back to where they belong. The maneuver is often performed by a health professional, but patients can learn to do it on their own if the vertigo recurs.

Half of over-65s suffer from dizziness and problems with balance. But some tests to identify the causes of such problems are painful and can risk hearing damage. Now, researchers from Chalmers University of Technology, Sweden, have developed a new testing device using bone conduction technology, that offers significant advantages over the current tests.

Why do I feel dizzy after spinning?

Sometimes, it takes a while for your brain to catch up to your body.

It’s one of the most common medical complaints, but patients say many doctors don’t take it seriously.

Can the Mind Cure Your Dizziness?

My ear is going to heal or not, but in the meantime, I realized, I could choose to put my energy into creating positive thoughts and emotions, even if they seem unreasonable. At the least, I'll experience more joy and ease.

Dizziness Can Be a Fatal Side Effect of Many Medications

Lightheadedness and disorientation are among the most common side effects of prescription drugs.

Dizzy and Disoriented, With No Cure in Sight

Finally, my doctor recommended a new neurologist who performed some simple tests and casually gave me a diagnosis of vestibular migraines, a condition that didn’t exist in medical journals 20 years ago.

Is it the result of stress? Or an ear infection? And will it actually go away if rest is avoided?

Why don’t figure skaters get dizzy?

Why do I feel dizzy after spinning?

The feeling you get as soon as you step off a merry-go-round is a hard one to forget. You crash to the ground only to look up and watch the sky continue to spin. You’ve stopped moving, but this dizzying feeling continues. Why?

Getting Specific About Dizziness

Dizziness is not a disease but rather a symptom that can result from a huge variety of underlying disorders or, in some cases, no disorder at all. Readily determining its cause and how best to treat it — or whether to let it resolve on its own — can depend on how well patients are able to describe exactly how they feel during a dizziness episode and the circumstances under which it usually occurs.

8 Reasons You Get Dizzy

Who hasn’t gotten up quickly from sitting down and felt a little bit dizzy? Or had a stomach virus and things spun a bit? But while dizziness can be a side effect of minor health issues, it can also be a sign of a serious health problem.

Information about dizziness, balance and hearing.

We are committed to providing consistent, high-quality, evidence-based care in balance health to all persons and providing professional development to practitioners throughout the world.

NDBC is a unique outpatient clinic system. We combine Physicians, Audiologists, and Physical Therapists all within each facility to offer a true multidisciplinary approach to vertigo, dizziness, balance disorders, and concussions. This approach to patient care is what makes our clinics so unique.

Because of the many possible causes of dizziness, getting a correct diagnosis can be a long and frustrating experience.

Dizziness is one of the most common reasons adults visit their doctors — right up there with chest pain and fatigue. Although frequent dizzy spells or constant dizziness can keep you from doing much of anything, dizziness rarely signals a serious, life-threatening condition. Treatment of dizziness depends on the cause and your symptoms, but is usually effective.

Dizziness is a painless head discomfort with many possible causes including disturbances of vision, the brain, balance (vestibular) system of the inner ear, and gastrointestinal system. Dizziness is a medically indistinct term which laypersons use to describe a variety of conditions such as lightheadedness, unsteadiness, and vertigo.

Significant advancements have occurred in the field of vestibular medicine (specialty dealing with the symptoms of dizziness and vertigo) over the past 20 years. BalanceMD, led by Dr. Scott K Sanders, has the most up-to-date diagnostic technology and knowledge to help you with your symptoms.

Dizziness is the sensation of instability. Vertigo refers to dizziness with a sensation of motion. Vertigo is more likely than other types of dizziness to be associated with nausea, vomiting, or double vision, to occur even when lying down, and to feel better with the eyes closed. If you are a frequent sufferer of dizziness or vertigo, join the group and find support.