Drugs are a waste of time. They destroy your memory and your self-respect and everything that goes along with your self esteem - Kurt Cobain 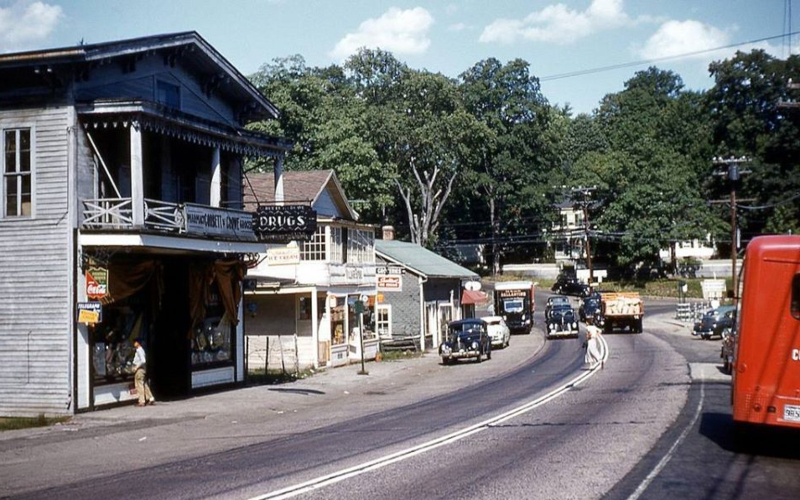 We're not going to need pseudoephedrine," Walter White mutters through clenched teeth. "We're going to make phenylacetone in a tube furnace, then we're going to use reductive amination to yield methamphetamine."

The chemistry lab is the heart of AMC's Breaking Bad. Although this lab may have had scrappy beginnings, it is still a lab, a home of science. And that's fitting: Many illicit drugs today have their origins in formal laboratories, though ones that were much more above board than that of Walter White's.

This points to an interesting and unexplored dichotomy in the history of drugs: There's a huge gap, temporally and culturally, between the inventors of illicit drugs -- usually rather austere, cerebral, and disciplined -- and their consumers, whoever they may be.

1. Cannabis
In the fall of 1689, the scientist Robert Hooke ducked into a London coffee shop to purchase the drug from an East Indies merchant and proceeded to test it on an unnamed "friend." It was evidently a large dose. "The Patient understands not, nor remembereth any Thing that he seeth, heareth, or doth," Hooke reported. "Yet he is very merry, and laughs, and sings... and sheweth many odd Tricks." Hooke observed that the drug eased stomach pains, provoked hunger, and could potentially "prove useful in the Treatment of Lunaticks."

Hooke strongly hinted that he'd personally sampled his coffee shop score: The drug "is so well known and experimented by Thousands," he wrote, that "there is no Cause of Fear, tho' possibly there may be of Laughter." (Hooke's readers would have had good reason to be afraid of a new drug: This was a world in which pharmacies sold ground up skulls and Egyptian mummy feet).

2. LSD
During the time of the Roman empire, physicians described a painful disease called the sacred fire (sacer ignis), which by the Middle Ages came to be known as St. Anthony's Fire -- "an ulcerous Eruption, reddish, or mix'd of pale and red," as one 1714 text put it. Sufferers of this gruesome illness, which could also cause hallucinations, were actually being poisoned by ergot, a fungus that grows on wheat. Several authors, most recently Oliver Sacks in his excellent book Hallucinations, have noted a potential link between ergot poisoning and cases of dancing mania and other forms of mass hysteria in premodern Europe.

By the 1920s, pharmaceutical firms began investigating the compounds in ergot, which showed potential as migraine treatments. A Swiss chemist at the Sandoz Corporation named Albert Hoffman grew especially intrigued, and in November 1938 (the week after Kristallnacht) he synthesized an ergot derivative: lysergic acid diethalyamide, or LSD for short.

It was not until five years later, however, that Hoffman experienced the drug. Immersed in his work, Hoffman accidentally allowed a tiny droplet of LSD to dissolve onto his skin. He thought nothing of it: Hardly any drugs are psychoactive in such minute doses. Later that day, however, Hoffmann went home sick, lay on his couch, and: sank into a not unpleasant intoxicated-like condition, characterized by an extremely stimulated imagination. In a dreamlike state, with eyes closed (I found the daylight to be unpleasantly glaring), I perceived an uninterrupted stream of fantastic pictures, extraordinary shapes with intense, kaleidoscopic play of colors. After some two hours this condition faded away.

Three days later, the chemist decided to self-administer what he assumed was a tiny dose to further test the drug's effects. He took 250 micrograms, roughly 10 times higher than the threshold dose. Within an hour, Hoffman asked his lab assistant to escort him home by bicycle. Cycling through the Swiss countryside, Hoffman was shocked to observe that "everything in my field of vision wavered and was distorted as if seen in a curved mirror."

By the time he arrived home, Hoffman decided to call a doctor. However, the physician reported no abnormal physical symptoms besides dilated pupils, and Hoffmann began to enjoy himself: Kaleidoscopic, fantastic images surged in on me, alternating, variegated, opening and then closing themselves in circles and spirals, exploding in colored fountains, rearranging and hybridizing themselves in constant flux.

Hoffman awoke the next morning "refreshed, with a clear head," and with "a sensation of well-being and renewed life." In an echo of Hooke's report about his friend's cannabis experience, which left him "Refreshed...and exceeding hungry," Hoffman recalled that "Breakfast tasted delicious and gave me extraordinary pleasure."

3. Meth
A member of the Meiji Japanese elite, Nagayoshi devoted much of his energy to the chemical analysis of traditional Japanese and Chinese medicines using the tools of Western science. In 1885, Nagai isolated the stimulant ephedrine fromEphedra sinica, a plant long used in Ayurvedic and Chinese medicine.

The year before, in July 1884, Sigmund Freud had published his widely-read encomium to the wonders of cocaine, Über Coca. Cocaine was radically more potent than coca leaves, and chemists the world over were on the lookout for other wonder drugs. It's likely that Nagai hoped to work the same magic with ephedra, and in many ways he did. Ephedrine is a mild stimulant, notable nowadays as an ingredient in shady weight-loss supplements and as one of the few drugs that Mormons are allowed to indulge in.

In 1893 Nagai tried something new, using ephedrine to synthesize meth. It took the world a couple decades to catch on. In 1919, a younger protégé of Nagai named Akira Ogata discovered a new method of synthesizing the crystalline form of the new stimulant, giving the world crystal meth.

It wasn't until World War II, however, that meth became widespread as a handy tool for keeping tank and bomber crews awake. By 1942, Adolf Hitler was receiving regular IV injections of meth from his physician, Theodor Morell. Two years later the American pharmaceutical company Abbott Laboratories won FDA approval for meth as a prescription treatment for a host of ills ranging from alcoholism to weight gain.

How coronavirus is changing the market for illegal drugs

Now that we are all self-isolating, a perfect set of ingredients come together: anxiety, boredom, escapism and loneliness. All of these are candidates for self-medicating with more drugs – as are the abrupt change of routine and being cooped up with family. Just as we’ve seen people panic buying toilet rolls and paracetamol, consumers of recreational drugs will, if they have the means, stockpile their drug of choice.

There's extreme social shame around doing drugs, and yet the underground drug scene is thriving in Tokyo.

The rise in meth and cocaine overdoses, explained

America’s drug overdose crisis could be reaching a new phase.

The truth behind 8 common misconceptions about drugs

Your spine doesn't store LSD, and MDMA doesn’t put holes in your brain.

There probably isn't a perfect way to evaluate and present all drug harms. Researchers will always need to balance making information simple and accessible for policymakers and the public with the inherent complexity of drugs and their effects. This makes the task of building scientific drug policies very challenging.

This article will quickly highlight how some of the more well-known street drugs are being adulterated by new synthetic drugs as well as mention a few of the more potentially deadly street drugs that your patients may be taking with or without their knowledge.

From the Lab to the Street: How 3 Illegal Drugs Came to Be

There's a huge gap, temporally and culturally, between the inventors of illicit drugs -- usually rather austere, cerebral, and disciplined -- and their consumers.

Fentanyl may be hiding in the drugs you’re using. You won’t see it, smell it or taste it, but it can kill you. BE DRUG SMART. Don’t use alone. Start with a small amount. Learn about naloxone.