Where in health am I? : Home / Health Cloud / Challenges / Ear Nose & Throat

Give every man thy ear, but few thy voice - William Shakespeare 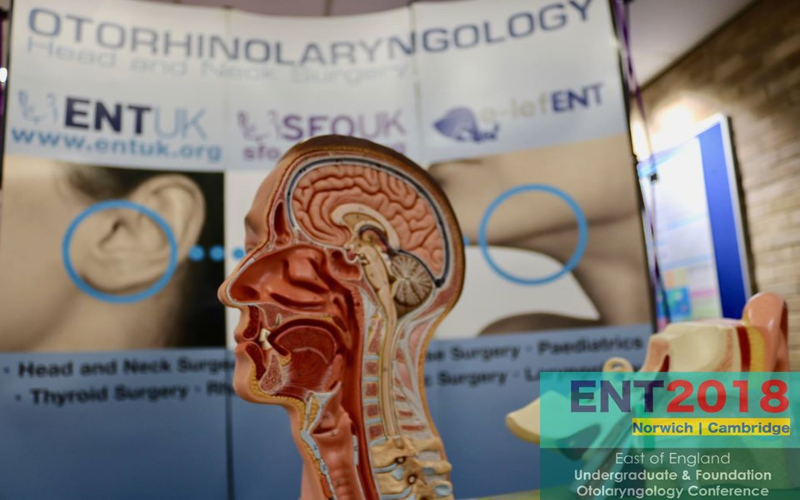 Weird Facts About the Ears, Nose and Throat

Here are some fun facts:

1. Approximately 20,000 liters of air pass through the average adult’s nose every single day.

2. Humans have about 12 million olfactory receptor cells, but that number decreases with age.

3. The nose contributes to how we perceive taste. Your brain perceives the singular sensation of flavor as a combination of a food’s actual taste, smell, and texture. Additionally, the openings of your nasal passages…

Noise-Related Hearing Loss Is Both Permanent and Avoidable

Everywhere you go these days people are plugged in to their smartphones. Increasingly, those people are damaging their hearing. But a little awareness can help you not be one of them.

Breathing or Voice... You Can Only Have One...

The victim than loses one or the other after making a choice getting either the tongue or head cut off with a knife. But patients with vocal cord paralysis on both sides are essentially faced with this very question.

The neurosurgeon at UCLA, Dr. Isaac Yang, immediately set up a phone consult, during which he informed me that yes, I do indeed have SSCD on the left side, and the hole is likely quite large. He also informed me that the chances are high that I have it on the right side, too. At the very least, I also have thinning bone on that side.

When it comes to ENT, much of what we do is very similar to what a primary care doctor can already do... look in the ears, nose, and throat. However, what differentiates ENT from primary care are the procedural interventions that can be performed to try and figure out what may be ailing a patient not responding to the usual treatment.

It Started as Sinus Headaches — But Things Got Deadly.

In the early-morning hospital dimness, the man awoke to see a platoon of doctors surrounding his 14-year-old daughter’s bed. He could see her sitting up, mouth open, a glint of sweat on her cheeks and forehead. He could hear the rapid, ragged breaths, almost as if she had just run a race. She looked over to him. She was scared. And suddenly, so was he.

Mucus is gross. But here are 9 things you should know about it.

Mucus is not widely considered a topic for polite conversation. It's something to be discreetly blown into a tissue, folded up, and thrown away. But the simple truth is that without mucus, you wouldn't be alive.

Perichondritis is an infection of the connective tissue of the ear that covers the cartilaginous auricle or pinna, excluding the lobule (Caruso 2014). The term perichondritis is itself a misnomer, as the cartilage is almost always involved, with abscess formation and cavitation.

Should Hearing Aids Be Sold Over-the-Counter?

Should hearing aids be sold at local pharmacies like a pair of reading glasses? It is a question that federal lawmakers are now considering with bipartisan legislation to create a new category of hearing aids sold over-the-counter for people with mild to moderate hearing loss.

The Facial Triangle of Danger (Even Death)

If you draw a line between the eyebrow to the corners of the lip, a triangle is created which delimits a region esoterically known as the "danger triangle". Why is this region considered dangerous?

The Nose is a Jungle of Germs (even in Normal Healthy People)!

The top 2 most common germs found in healthy individuals were corynebacterium and propionibacterium. When these bacterial populations decrease, the presence of staphylococcus increases. Staphylococcus was also found not just at the nostril where cultures are most commonly obtained, but in both much deeper locations within the nose.

The world is a bleak place if you lose your sense of taste or smell.

You've heard of auditory and visual hallucinations, but what about oral phantoms?

When Beethoven composed his 9th Symphony, it was an amazing accomplishment especially when considering he did so totally deaf. It has been a medical mystery as to what caused his slowly progressive hearing loss to the point of deafness, but a recent publication suggests it was due to chronic low-level lead exposure consumed from wine tainted with lead.

What Does the Uvula Do?

Given how frequently doctors look in peoples' mouths, physicians probably get asked this question a dozen times a day by curious patients. This question of uvular function also extended into ancient times with a variety of theories proposed over the years...

Why Do Humans Have Weak Sense of Smell

Compared to nearly all other animals, humans have the weakest sense of smell. You would think that humans and our closest evolutionary cousins (chimpanzees, apes, etc) would have similar sense of smell, but humans still have a much weaker olfactory sense. Why might that be?

Why Don't Hearing Aids Help Everyone With Hearing Loss

There are a few reasons why hearing aids do not seem to help as much in some patients with hearing loss whereas others love them.

Looking after local nasal and sinus mucosa in health, disease and after surgery

The paper emphasises the need for looking after of nasal and sinus mucosa in health, disease and after nasal surgery. It is a systematic arrangement of steps required to restore nasal mucosa to healthy state. These steps have been arranged to co relate them to diseases and symptoms for symptomatic and curative treatment. It can rationalise the need for surgery in cases non responsive to maximum medical treatment. It can improve postoperative surgical results after functional endoscopic sinus surgery (FESS) and other endoscopic assisted procedures.

Weird Facts About the Ears, Nose and Throat

This video has probably taken more of my time from initial concept, to preparation, and finally execution than any other video I have made so far. The initial idea for this video probably occurred back in 2012 when my wife showed me a very creative video of an attractive woman showing 25 different ways of wearing a scarf. This video in turn was based on the Brady Brunch intro.

3 Symptoms Your ENT Doctor Doesn't Want You To Ignore

How do you know when you should make an appointment with an ENT doctor?

A lump in the neck that lasts more than two weeks should be seen by an ENT. Cancers that begin in the head or neck can spread to the lymph nodes in the neck before they move elsewhere.

Developed by the American Academy of Otolaryngology–Head and Neck Surgery Foundation (AAO-HNSF), ENThealth.org offers a roadmap for consumers seeking health-related information about the ear, nose, throat, and head and neck.

ENT news brought to you by Fauquier ENT of Virginia.

The main purpose of ENT UK, which was founded in 1943 as the British Association of Otolaryngologists with a membership of 180, is to advance the interests of British ear, nose and throat specialists and head and neck surgeons and their patients in every way possible and to work for improvements in the accommodation provided in ORL departments and in the provision of supporting medical, nursing and other staff.

This site provides accessible ENT advice for doctors and nurses. It is especially targeted at junior doctors covering ENT (hence 'SHO' - senior house officer) and those working in emergency and primary care medicine. There is an emphasis on ENT emergencies and peri-operative care.