Where in health am I? : Home / Health Cloud / Challenges / Ear Nose & Throat / Sinusitis

If you’ve had a sinus infection you know that you don’t ever want another one. It is a miserable experience - Sinus Survival 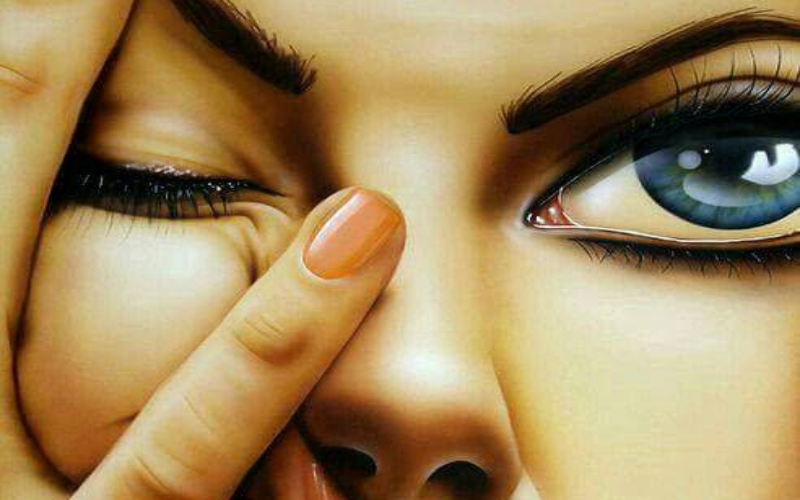 When Sinus Problems Won't Go Away

The humble sinuses, those hollow cavities hidden in the bones around the nose, usually draw little appreciation. But nothing makes one yearn for clear sinuses like sinusitis, a condition that can make the head feel as if it were filled with cement and can render every breath a struggle.

For millions of people, sinusitis can drag on for months or years, unresolved by medical interventions. The focus used to be on antibiotic treatments to purge infections that most experts believed were causing chronic sinusitis. Yet many patients relapsed, leading researchers and clinicians to question their assumptions.

In the last decade, a new insight has emerged. “People have taken…

When it comes to treatment for chronic rhinosinusitis, it’s not the drug that’s the problem, but rather finding a way to deliver it in hard to reach cavities of our sinuses. Optinose’s XHANCE aims to address this gap in sinus care by not changing the drug, but rather how patients take it. For now, responses have been positive to this innovative new medical device.

Her Allergies Were Getting Better, So Why Were Her Sinus Headaches Getting Worse?

It was the pain that woke her that night — the worst pain the 60-year-old woman had ever felt. It was as if a C-clamp were tightened around her head and face, punctuated with pulsations of what seemed like an electrical current.

Is My Neti Pot Going to Kill Me?

Cases of brain-infecting amoebae underscore the importance of purifying water before you pour it into your sinuses.

Neti Pots Are Great for Flushing Out Snot. Plus, They Won’t Kill You.

The devices have gotten a bad reputation thanks to fear of amoebas, but they’re easy to use safely, and worthwhile.

Waiting for an infection to go away on its own works almost as well as antibiotics.

Antibiotics Do No Good for Most Sinus Infections – New Guidelines

Most sinus infections are caused by viruses rather than bacteria and shouldn’t be treated with antibiotics — a common practice that contributes to the development of drug-resistant “superbugs,” according to new guidelines from the Infectious Diseases Society of America.

Even if the surgery helps you, it won't necessarily free you from taking medication and irrigating your nose, doctors say. If you have allergies, it won't cure them—just improve drainage. And years after surgery, your nasal passages can clog again and you may need a repeat operation.

Diagnosing A Sinus Infection Can Be A DIY Project

Sinus infections are miserable, and it's hard not to want to run to the doctor for relief. Rethink that, the nation's ear, nose and throat doctors say. Most people who get sinusitis feel better in a week, the doctors say, and many of those infections are caused by viruses. Getting an antibiotic isn't going to help.

Exploring the Roots of Sinus Trouble

The correct term is actually chronic rhinosinusitis, because you never get sinusitis without inflammation of the nose too — the “rhino” component. The overall feeling now is that it’s an inflammatory disorder. Then the question is, What triggers that inflammation?

It Started as Sinus Headaches — But Things Got Deadly

In the early-morning hospital dimness, the man awoke to see a platoon of doctors surrounding his 14-year-old daughter’s bed. He could see her sitting up, mouth open, a glint of sweat on her cheeks and forehead. He could hear the rapid, ragged breaths, almost as if she had just run a race. She looked over to him. She was scared. And suddenly, so was he.

It Takes 10 Years for Your Sinuses to Recover From Smoking

Smoking is bad for your health. But people still do it, sometimes because it's so hard to stop. But for anyone looking to quit with the coffin nails, a new study offers one more reason: Smokers with chronic sinus disease see their condition improve after they quit. The only downside? It takes about ten years to make a full recovery.

Sinus infections can get to your brain—but don't panic

So, yes, an sinus infection can (rarely) go to your brain, but here’s the thing: It almost never comes out of nowhere, and it always causes symptoms—like an extremely severe headache. If you have an upper respiratory infection that has lasted way longer than it should (more than two weeks) or you have a severe headache or swelling in your face, you should head straight to the ER.

When Sinus Problems Won't Go Away

The humble sinuses, those hollow cavities hidden in the bones around the nose, usually draw little appreciation. But nothing makes one yearn for clear sinuses like sinusitis, a condition that can make the head feel as if it were filled with cement and can render every breath a struggle.

7 reasons why you keep getting sinus infections

The environment that you live or work in may be contributing to frequent sinus infections, especially if you are exposed to pollutants on a regular basis.

This site was created by Itzhak Brook MD. It explains the diagnosis, causes, treatment and complications of sinusitis.

The 5 Best Remedies For Sinus Problems

Decongestants are not the answer. Instead clear your sinuses with these

If you’ve had a sinus infection you know that you don’t ever want another one. It is a miserable experience. You wish you could just turn a valve to relieve the pressure behind your eyes, cheek bones and face. So why does this happen in the first place? This is the key to the Sinus Survival Solution: to understand the causative factors to stop them.

The American Sinus Institute specializes in Balloon Sinuplasty. Our leading physicians are Board Certified in Otolaryngology and serving patients from across the country at our state of the art centers.

Untreated acute sinusitis can lead to more-serious infections or become a chronic condition. However, most cases are short-lived. When symptoms last less than four weeks, the sinusitis is considered acute.

Most cases of uncomplicated acute bacterial sinusitis can be treated as an outpatient with a good prognosis. Frontal or sphenoid sinusitis with air-fluid levels may require hospitalization with intravenous (IV) antibiotics.