Where in health am I? : Home / Health Cloud / Challenges / Endocrine / Hormones / Estrogen

My patients have a love-hate relationship with estrogen. Some vilify it, and some (normally post-menopausal women) revere it. Yet like any hormone, estrogen isn’t good or bad; it all comes down to balance - Jolene Brighten ND 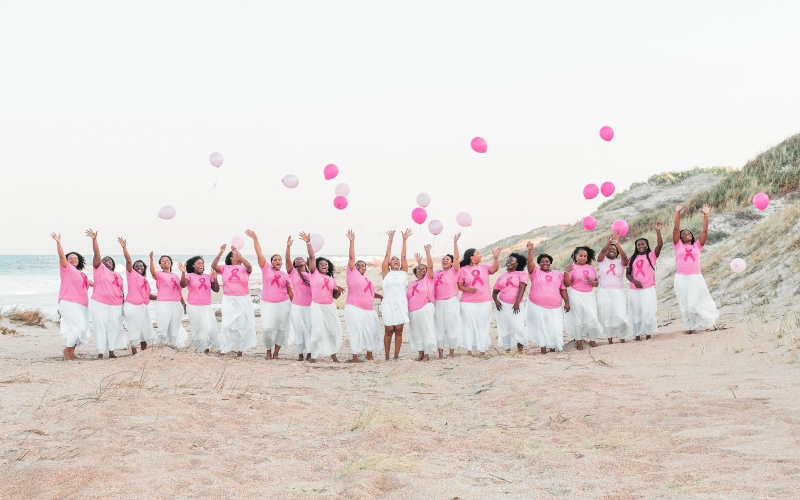 image by: Love What Matters

You don’t have to be a woman to know that estrogen plays a seriously powerful role in a woman’s life...

There are three types of estrogen, and each type has receptors throughout key tissues and organs in the body. When most people use the term “estrogen,” they’re usually referring to estradiol (E2), the strongest type of this hormone. It’s produced primarily by the ovaries, but also in small amounts of other tissues and organs.

The other two types of estrogen are estriol (E1), mostly produced by the placenta during pregnancy, and estrone (E3) which is produced in the ovaries, body fat (adipose tissue), and adrenal glands. Both…

Troubled Water: Estrogen and its doppelgängers

We would be wise to begin making use of technologies already in hand to reduce the estrogen that gets into our source water.

Can Estrogen and Other Sex Hormones Help Men Survive Covid-19?

Men are more likely than women to die of the coronavirus, so scientists are treating them with something women have more of: female sex hormones.

Estrogens and Memory Loss in Women

Research suggests that the family of hormones has a crucial role in the hippocampus.

Is soya bad for women's health?

Soy's isoflavones have oestrogenic properties — and have been blamed for raising the risk of breast cancer (as well as prostate cancer for men). But is this really the case?

The Link Between Menopause and Alzheimer’s

With Alzheimer’s afflicting more women than men, researchers are studying whether the hormonal changes that occur in menopause may affect the development of the disease.

The Surprising Hormone That Protects Against Heart Disease

You may go days (or even weeks or years) at a time without thinking about your hormones. For example, estrogen is well-known primary hormone produced by your ovaries, adrenal glands, and fat tissues that's primarily associated with the vital role it plays during puberty. But it affects your life far beyond your early teenage years.

Estrogen – The Good, the Bad and the Ugly

Estrogen is an essential hormone that has over 400 actions on a woman’s body. It’s what defines a woman. It’s been in your body since you were born and increases greatly at the time of puberty. It’s easy to take it for granted when everything is working automatically. When a young woman’s menstrual periods become irregular, painful or accompanied by severe mood swings, anxiety, depression or acne, that’s an indication of a system that’s gone awry. Birth control or Depo-Provera are a bad, ugly way to treat these problems

Hunting Ways To Keep Synthetic Estrogens Out Of Rivers And Seas

Millions of women around the world take synthetic hormones via birth control pills or hormone replacement therapies. Not all of the estrogen-like compounds from these and other treatments are used by the body — small amounts are excreted and end up in municipal wastewater. And there's been no good way to completely remove these hormones before they head to rivers and seas.

Hormone replacement therapy in menopause is safer and more effective than we have been led to believe. A new book examines the evidence and sets the record straight.

Estrogen is one of the most important hormones for women as it regulates our menstrual cycle and reproductive system. But it can also become the enemy in hormone receptive breast cancer. What you need to know about estrogen and its role during your life.

What women with breast cancer should know about estrogens

I am a neuroendocrinologist, and I have studied the effects of hormones, including estrogens, on the brain, behavior and mental health for over 40 years. Not only is the fact that “estrogen” is actually a class of hormones not well understood, but so are the many positive functions of estrogens. As with any health treatment, the potential negative effects should be weighed against the potential positive effects.

Are Phytoestrogens Good or Bad for You? Separating Fact from Fiction

Phytoestrogens, or plant-based estrogens, are an almost mysterious part of nutrition. Just like it’s hard to tell if soy is bad for you or not, sometimes phytoestrogens are bad for you, and other times they can fight certain cancers!

Are Your Estrogen Levels Off? Here's How To Tell + Exactly What To Do About It

My patients have a love-hate relationship with estrogen. Some vilify it, and some (normally post-menopausal women) revere it. Yet like any hormone, estrogen isn’t good or bad; it all comes down to balance.

Most symptoms that follow menopause are due to low oestrogen. The most common are hot flushes and night sweats, which affect three-quarters of post-menopausal women and are severely bothersome for one in three women.

Multiple hormones produced by the mother, placenta and the foetus drive and coordinate the amazing biological changes and development of the baby that occur with conception, foetal growth and birth. The word “hormone” is derived from the Greek word “hormon” which means “to urge on or that which sets in motion”. As any mother will tell you, the nine months of pregnancy is quite a journey.

Could estrogen be the reason for a female survival advantage after injury?

Estrogen has been suggested as potentially being the main contributing factor for female survival advantage in trauma.

Estrogen: The necessary evil for human health, and ways to tame it

Estrogen is a pivotal enzyme for survival and health in both genders, though their quantum, tropism, tissue-specific distribution, and receptor affinity varies with different phases of life. Converted from androgen via aromatase enzyme, this hormone is indispensable to glucose homeostasis, immune robustness, bone health, cardiovascular health, fertility, and neural functions. However, estrogen is at the center of almost all human pathologies as well-infectious, autoimmune, metabolic to degenerative.

Estrogen’s Benefit Tied to Age: Good for the Young, Bad for the Old

The story of estrogen and Alzheimer’s disease is one of controversy. Epidemiological studies consistently suggest the hormone protects the brain, but the landmark Women’s Health Initiative Memory Study (WHIMS) found that hormone replacement therapy harmed cognition in older women who were long past menopause.

Hormones Can Change Your Skin Tone

And could provide a new treatment for skin conditions

Listening to Estrogen Hormones have always been a third rail in female mental health. They may also be a skeleton key

All women understand themselves to be in constant conversation with their hormones, which they know can wreak havoc with their mood. But they can also bolster and stabilize it.

No One Really Understands How to Treat Menopause

Hormone therapy is a tangled mess of risks, benefits, and side effects that even doctors have difficulty unraveling.

By far one of the biggest sources of excess estrogen is our modern diet. Commercially raised animals are injected with growth hormones to make them grow bigger and faster or increase milk production. These hormones make their way into your food where they can disrupt your own natural hormone balance. Pesticides, herbicides, and fungicides found on conventional produce are known endocrine disruptors that interfere with your natural hormone activity and metabolism.

Possible Heart Benefits Of Taking Estrogen Get Another Look

The findings dovetail with a 2012 study of 1,000 Danish women, which found that those who received about 10 years of hormone therapy (starting within a year of menopause) had a lower risk of premature death, heart failure and heart attack and did not experience a higher risk of cancer, blood clots or stroke.

Sex hormones and your heart

Here's the latest thinking about how estrogen or testosterone therapy may affect cardiovascular risk.

Shortages of Injectable Estrogen Are Screwing Over Trans Women

"If they’re not compelled to serve us with this thing we need, what are we going to do?”

Brinton is a brain scientist. Estrogen, particularly in its relationship to the health of the brain, is her obsession. At present it is mine too, but for more selfish reasons.

There are three types of estrogen, and each type has receptors throughout key tissues and organs in the body. When most people use the term “estrogen,” they’re usually referring to estradiol (E2), the strongest type of this hormone. It’s produced primarily by the ovaries, but also in small amounts of other tissues and organs. The other two types of estrogen are estriol (E1), mostly produced by the placenta during pregnancy, and estrone (E3) which is produced in the ovaries, body fat (adipose tissue), and adrenal glands.2 Both are weaker than estradiol, but all three types of estrogen play a vital role in our overall health as women.

Estrogen is probably the most widely known and discussed of all hormones. The term "estrogen" actually refers to any of a group of chemically similar hormones; estrogenic hormones are sometimes mistakenly referred to as exclusively female hormones when in fact both men and women produce them. However, the role estrogen plays in men is not entirely clear.

The ovaries, which produce a woman’s eggs, are the main source of estrogen from your body. Your adrenal glands, located at the top of each kidney, make small amounts of this hormone, so does fat tissue. Estrogen moves through your blood and acts everywhere in your body.

There are many times throughout a person's life when estrogen levels may change. For example, estrogen levels naturally increase during puberty and during pregnancy. Estrogen levels fall after menopause, or when a woman stops menstruating. This reduction in estrogen production can cause symptoms such as hot flashes, vaginal dryness and loss of sex drive. Estrogen levels also decrease after childbirth.